Blog » Food, Drinks and More » Coffee » About Coffee » Coffee Around the World » Learn All About Zimbabwe Coffee 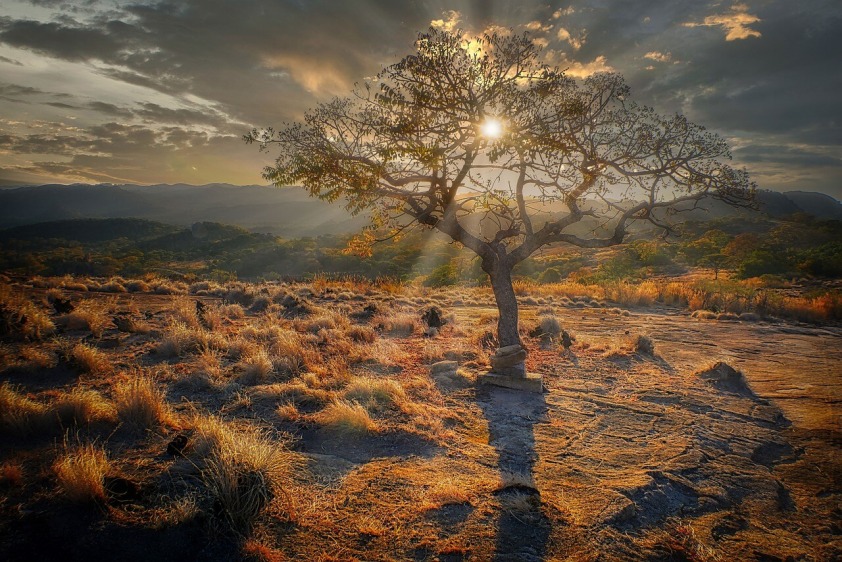 Although not as well known for its coffee as its other African counterparts, the Zimbabwe coffee industry is definitely on the rise. Join us on our journey of coffee around the world, and find out where it all started and what makes this coffee-producing region distinct from most others.

What Is The History Of Coffee in Zimbabwe?

Coffee came into Zimbabwe via European colonisation around the 1850s, although it could have already been in the region for centuries before in quite small amounts. Celebrated British explorer David Livingstone has some accounts of native tribes giving him coffee beans in the mid-19th century.

Slowly but surely, coffee began to insert itself into Zimbabwean culture. Sadly, in the 1920s, an unfortunate plague wiped out almost all of the plants in the region, ending coffee’s popularity in the country for the next 40-odd years.

In the 1960s, the Zimbabwe coffee industry began to make a comeback and production was growing rapidly. As an added extra, quality standards began to be enforced, and there was a coffee upsurge in the country. So much so that the coffee bean was in demand all around the world, including in cities such as London or New York.

As of 2011, Zimbabwe was beginning to rebuild their coffee industry as the country really does have all the natural resources at their disposal to become one of the world’s leading coffee producers.

Learn All About Bolivian Coffee

How Much Coffee Is Produced In Zimbabwe Per Year?

In 2018, coffee output in Zimbabwe was 430 tonnes, which was a 10% increase over the previous year. At the moment, production is set at 500 tonnes.

Zimbabwe was never among the top coffee producers around the world. Output topped at around 15,000 tonnes in the late 1990s. However, its Arabica coffee is prized for its zesty and fruity tones. The sector once supplied a livelihood for more than 20,000 poor farmers.

What Type Of Coffee Is Grown In Zimbabwe?

With their cool temperatures, abundant rainfall and rich soil, the luscious valleys of Zimbabwe’s Eastern Highlands are quite well suited for growing arabica coffee. Honde Valley, which is situated in the Mutasa district, now has far more than 300 active coffee farmers.

Specifically, coffee from the Chipinge region is well regarded. On the African continent, Chipinge coffee is surpassed in quality perhaps only by Kenyan coffees. Although technically below the altitude that qualifies as Strictly High Grown (SHG) / Strictly Hard Bean (SHB) at 900-1,1000 meters, the longitude offers a climate that is more strongly related to an altitude of about 1,600 metres.

The prevalent coffee bean in Zimbabwe is the arabica bean. This bean is planted all across the African continent and provides a very unique flavour profile. It is one of the sweetest and the most aromatic beans, it can usually have a sweet nutty taste with a strong chocolatey aroma, it is not so acidic in its nature, however, it does have a slightly bitter aftertaste.

Usually, arabica coffee beans are medium roasted, which means these include the best of both worlds, as it does feature a distinctive aroma but also has a very decent caffeine level. As a result of this, you can easily drink one or two Zimbabwean espressos a day.

The way in which most Zimbabweans take their coffee can differ according to their preference.

How Do Zimbabweans Make Coffee?

The most popular ways to make coffee in Zimbabwe are pour-over, drip, French press, and cold brew preparations.

Zimbabwe is very much a society that is divided by classes. Coffee is mainly a drink for the wealthy. As the average Zimbabwean is not especially fond of going to a shop and paying for a premium beverage, they would rather have a hot drink at home.

The fashion of hanging out in a coffee shop is slowly growing in Zimbabwe. As a consequence, a number of coffee shops here and there have become popular hangout spots, where you can have a coffee or even a full meal.

What Are The Best Brands To Try Right Now?

The eastern province of Manicaland is the home of Zimbabwe’s coffee belt, which is spread along the lush valleys as well as cool mountains of the eastern border with Mozambique. The coffee region runs from the Honde Valley to Vumba and Chipinge, where the higher, cooler and wetter areas produce top-quality coffee.

How Much Does A Cup Of Coffee Cost In Zimbabwe?

In Zimbabwe, the average cup of coffee costs $2.20.

Learn All About Nigeria Coffee

If you’re a coffee aficionado, you should definitely have Zimbabwean coffee on your radar as it promises to deliver a coffee taste sensation that will blow you away!