Blog » Wine, Beer & Spirits » Beer » Beers from Around the World » European Beers » Belgian Beers » What is Witbier? The Best Witbiers You Must Try Right Now 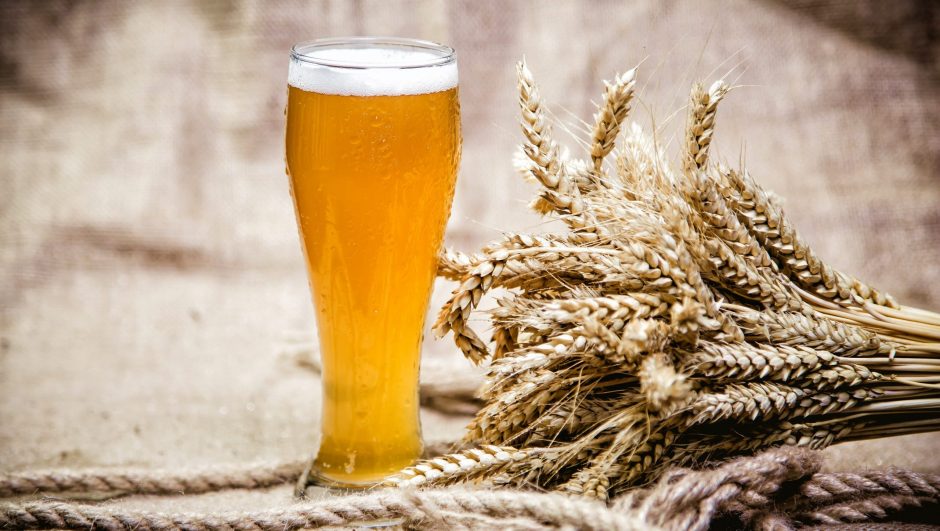 Let’s face it, today’s exploding craft beer scene, not to mention the huge range in European beer styles can leave even the most dedicated hop-head scratching their head and confused.

Witbier, schwarzbier, hefeweizen and pale ales are just a few beer styles in the world of beer. Not to worry, this guide will have you name dropping witbiers, a style of beer that is currently enjoying a huge awakening of interest and earning a healthy place in the global beer market share.

There will be overlaps with Hefeweizen, which is a German wheat beer, but we will guide you through the distinct differences between the beers. 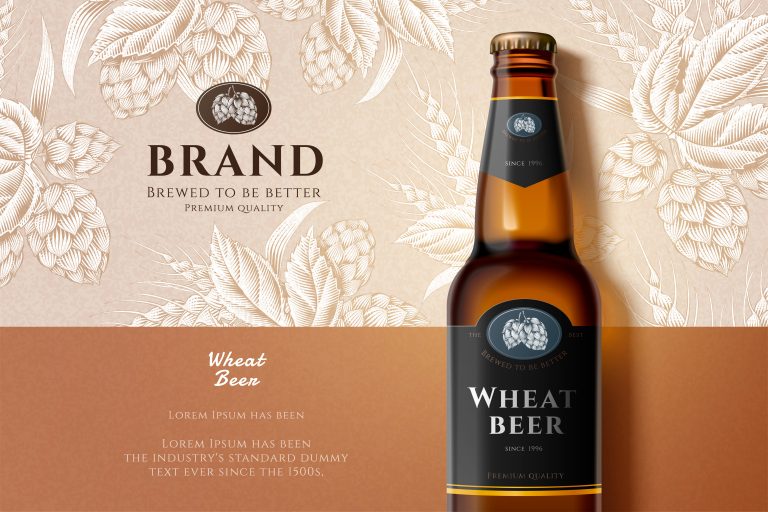 Belgian-style witbier ( “Wit” means “white.”), is brewed using unmalted wheat, sometimes oats and malted barley. Witbiers are usually spiced with coriander and orange peel. A style that dates back hundreds of years, it fell into relative obscurity until it was revived by Belgian brewer Pierre Celis in the 1960s.

White beer is a reference to witbier being white as against brown in colour. What differentiates it from other wheat beers, and makes it specific to the region, is the addition of coriander seeds. It has also been made traditionally a bit sour, due to the addition of the wild yeast “bret.”

But witbier has a very old history just like schwarzebier. And this history began, as with many other beers, in Europe.

A History Of Witbier

Witbiers origins as a monastery brew stretch back to at least the 14th century and a time when all brewing ingredients came from local crops. At the time, hops had not yet gained the monopoly they would in the modern brewing world.

Instead, specific combinations of herbs and/or spices known as gruit were used to balance the sweetness of the malt, but both their medicinal and sometimes intoxicating qualities were also welcomed at the time.

The most popular witbier was developed by a Belgium company, near Leuven, called Hoegaarden, after the town where the brewery was located. The farming communities and monasteries in the province of Broadbent, and particularly around the cities of Leuven and Hoegaarden, became well known for their witbiers. By the 16th century, there were over two dozen brewer’s plying their trade in the small village of Hoegaarden.

Also see  All About Lambic Beer And Its Many Incarnations

By the 19th century, Hoegaarden had expanded its reach to almost 40 breweries across Europe and came to be known for its rustic, super white beer.

In the 20th century, Hoegaarden fell out of favour after World War 1 and the near annihilation of Belgium as a country. After yet another world war, Hoegaarden closed its doors in 1957.

Fortunately, one of the men who had worked in the last Hoegaarden brewery reopened the brewery more than a decade later in the 1960s. Celis could be cited as helping start a social movement. In 1965, he built a small brewery in his shed and after experimenting with various witbier recipes, released his first Belgian wit to the public in 1966.

It found a willing and enthusiastic public, punters who were ready for a backward glance and rediscovery of styles left behind in the rural landscape of the country’s past. Riding the coattails of his unexpected success, other brewer’s dug in attics and dusted off old witbier recipes.

Pierre Celia helped bring witbier, and wheat beers, back into favour throughout the 1970s and 1980s.

So how does one differentiate witbier from Hefeweizen or wheat beer for that matter?

The major similarity between the two styles is that they are both brewed with wheat.

The biggest difference is that they are from two completely different regions in Europe. Hefeweizen is a German-style of beer while Witbier is a Belgian style of beer.

While there is little difference between Belgian, German, and Dutch Witbiers, each can be mistaken for the German weizenbier. Also known as Weissbier or Hefeweizen, weizenbier is also a wheat beer. The key difference between witbier and weizenbier is that the latter is made with malted wheat, while Witbier is a blend of malted and unmalted wheat. Wezenbiers may also use yeasts that are cultured to produce the flavour of bananas and cloves.

Witbier is made like most beer with a mash of grains and added yeasts and flavourings during fermentation. It is then aged in vats or barrels.

How Is Witbier Made?

Witbier, white beer, bière blanche, or simply witte is a barley/wheat, top-fermented beer brewed mainly in Belgium and the Netherlands.

It gets its name due to suspended yeast and wheat proteins, which cause the beer to look very hazy, or white when cold.

Witbiers are unfiltered and brewed with a high level of wheat and are typically spiced with coriander and orange peel. Witbiers have a characteristic crisp finish due to the high carbonation. Some brewers may also use oats in the mash.

Right now that we have that sorted, let’s move onto the fun side of things to see how witbier tastes and what to drink it with.

Witbier is malty-sweet with a hint of vanilla and/or a honey taste combined with a citrus/orange zest of the fruit, thanks to the addition of orange peel. Witbiers also do not have a very strong wheat flavour and there usually is some tartness.

There is a complex mix of herbal spiciness, including coriander, which should be noticeable but not overwhelming. Hop flavours will be low if at all. Bitterness will be low, unobtrusive, and should not carry into the finish. Witbier is yeasty and bready.

Serve your witbier in a tulip glass at around 7°C to bring out that gorgeous white haze.

Before we suggest the 10 best witbiers you must try right now, let’s have a look at the delicious pairings that make witbier a great food beer.

What Foods Can You Pair With Witbier? 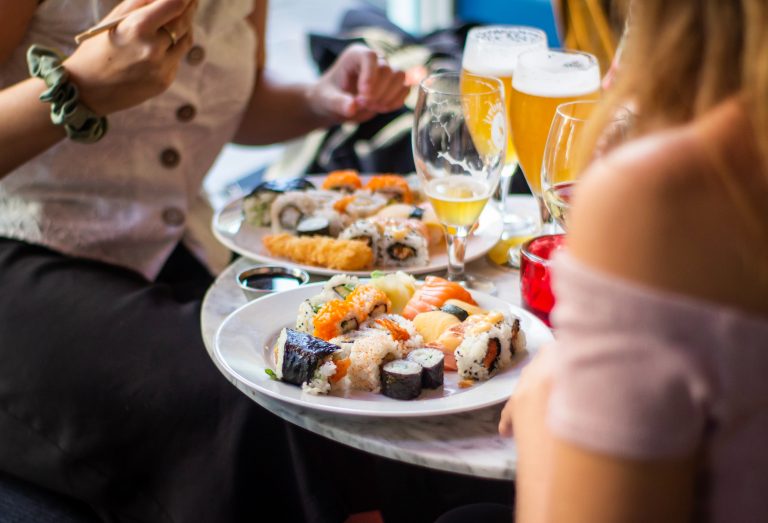 The key word here is light and fresh.

Wheat beers are fabulously flexible when it comes to food matching ̶ the beer world’s equivalent of a crisp white wine.

As witbiers don’t have a very strong and distinctive taste, they can easily be swamped if paired with heavy dishes with rich sauces and spices and disappear completely.

Pairing your witbier with salads, shellfish, and seafood will help you get the most out of your witbier.
There are two main styles of witbier ̶ the cloudy, citrusy, aromatic Belgian-style witbier (aka bière blanche) and the richer banana-and-clove flavours of German hefeweizen or wheat beer.

In between are a range of wheat beers from different sources which fall somewhere between the two but are basically suited, like witbier, to salads, seafood and dishes flavoured with citrus and herbs.

Good matches for Northern French and Belgian style witbiers include:

With all this yummy food uppermost in our minds, wanna get to that beer?

What Are The 10 Best Witbier Beers To Try Right Now?

This list could be endless so we’re going to stick to just 10 of the best. Hopefully, the witbiers featured on the list will lead to an exciting journey of discovery. Let’s dive in.

With this list of 10 of the best, what does the market tell us when we ask what is the most popular witbier brand around?

According to Beer Advocate, a US brewery comes out tops with something called Apricot Funky Wit from Perennial Artisan Ales.

So do try witbier now that summer is coming up. Not only do they pair beautifully with light and summery food such as seafood and salads but witbiers enjoy a light enough complexity to keep them interesting.

They won’t overwhelm, are not too bitter but be warned. Belgian-styled beers can have a high alcohol content. Be sure to read your labels.