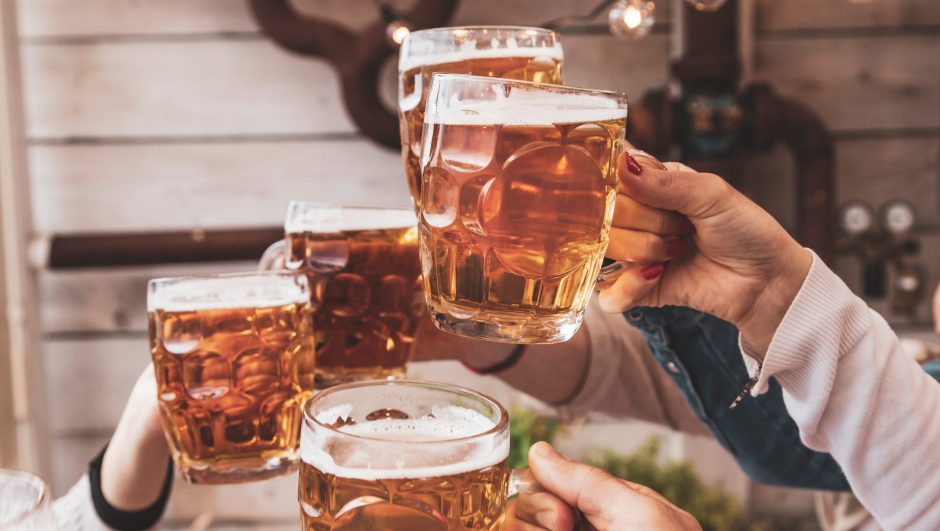 When people think of American breweries, one of the first states that must come to mind is Wisconsin. Breweries are loved in the region, and locals take their craft beer very seriously.

Wisconsin breweries have a long history, dating all the way back to the 1800s, which makes them steeped in American beer tradition and folklore. They’re a must-visit for any connoisseur looking for authentic American beer and we’ve got a great guide on where to go when in this part of the world.

How Many Breweries are in Wisconsin?

What is the Most Popular Beer in Wisconsin?

The fact that Wisconsin has so many different breweries scattered across the state makes it difficult to pinpoint the most popular and most loved beer by the locals. There are hundreds of award winnings beers that have come from Wisconsin breweries and there will be more in the future. The following beers are some which are widely recognised as the best to come out of the state.

Widely considered one of the most important beers to the craft beer scene in Wisconsin, the Spotted Cow is a regional, and national favourite. The success of the beer has allowed the New Glarus Brewing Company to expand its range and become one of the best breweries in the state.

Brewed by Stevens Point Brewery, Point Special beers have a long-standing history with the people of Wisconsin. In the early 70s, nobody had heard of Point Special. Fast forward to the modern era and it has become the symbol for small-town beer across the state.

The Best Breweries in Wisconsin

Based in Middletown, Capital Brewery is one of the veteran breweries in Wisconsin. The brewery was established in 1984, making it one of those breweries that are teetering on the edge between historical and modern. Capital Brewery, however, is renowned across the country for its fantastic and unique beers. In 1998 it was named the number one brewery in the United States and has upheld its fantastic reputation into the present era.

The Capital Brewery Biergarten is open in the months between April and October, capitalising on the American summer, which compliments its brews perfectly. The taproom often hosts live events such as stand-up comedians and live music, for patrons to enjoy in a casual, family-friendly setting.

Deb Carry was the first female founder of a brewery in the United States when she founded the iconic New Glarus Brewing Company. This brewery has become a symbol to the people of Wisconsin of what a historic American brewery should look like. Deb and her husband Dan have been brewing award-winning beers for almost thirty years now. They have also crafted what many locals consider the magnum opus of Wisconsin beers – the Spotted Cow.

The New Glarus craft brewery features a taproom and self-guided tours are permitted, meaning that when patrons visit they can explore the brewery with their friends and family. The brewery itself is small and quaint and finds itself located on the outskirts of New Glarus in Wisconsin. The New Glarus Brewing Company has a commitment to the community and the people of New Glarus, with Deb describing her mission statement as simply “providing beers to our friends”.

The founder of 3 Sheeps Brewing Company has had a long lineage of homebrewing, stretching all the way back to his ancestors during the prohibition era. Grant Pauly wanted to follow in the footsteps of his ancestry by opening an iconic craft brewery in his home state of Wisconsin. 3 Sheeps Brewery is a relatively new company, becoming a fully functioning business only in 2011. The amount of success it has experienced in just a decade of operation is astounding.

There are multiple award-winning beers that were brewed at 3 Sheeps including Really Cool Waterslides, a herbal IPA, Baaad Boy, a chocolate-infused wheat IPA, and seasonal variety beers such as Hello My Name Is Joe. These unique beers can be tested at the 3 Sheeps incredible industrial taproom which has long stretched tables sure to get a party started. This brewery is now considered one of the best breweries in Wisconsin.

Talking strictly in brewery terms, Minhas is not the biggest in Wisconsin. That title goes to the Millers Coors LLC brewery, which belongs to a multi-national corporation, so it won’t be counted here. The Minhas Brewery is the biggest in the state for craft brews. Along with being one of the biggest in the state, it has also been recognised as the oldest brewery in the country, surviving the Great Depression, the prohibition era, and multiple fires.

The restaurant and taproom are located in the historic Wisconsin city of Monroe, while the brewery itself is situated in Alberta. There are tours available of the historic brewery which is a must-do for visitors of the region.

Which Wisconsin Brewery Has the Best Food?

In a city filled with mega-corporate brands such as Miller, the Lakefront Brewery still thrives, due to its excellent beers and complimentary food menu. It has been named as the fourth best brewery in the country by TripAdvisor and there is a lot on show that makes it a treat for patrons to visit.

The atmosphere built at the Lakefront Brewery is one of family and community, meaning that every time you visit you will be greeted warmly and treated as though the taproom is your home. One of the most iconic things about the Lakefront brewery is the fact that every Friday they do a fish fry whereby they fry up some of Miluakees freshly caught fish, pair it with a locally made beer and serve it to patrons. It’s an authentic Wisconsin experience that cannot be missed.

Are There any Major Beer Festivals in Wisconsin?

The Great Taste of the Midwest is one of the longest-running beer festivals to take place in North America, where over 150 breweries come to Madison, Wisconsin, to showcase their brews and more. This festival has been essential to the beer industry in the United States, and the growth of the craft beer subculture. It’s a great place to start your beer adventures in Wisconsin if you’re there when it’s taking place!