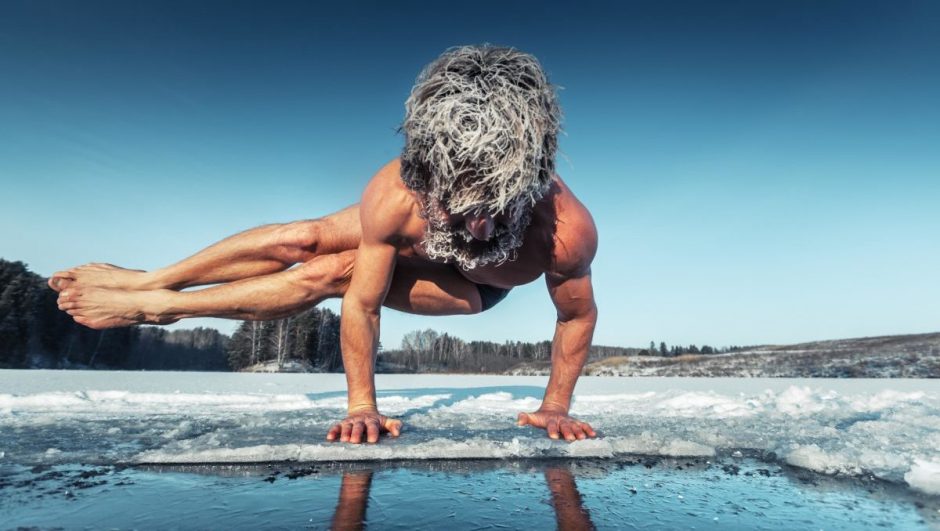 Imagine if the tools you needed to be happier and relieve stress weren’t packaged in an overpriced health supplement – but were innately accessible to you? All you had to do was learn to unlock the shackles of your primitive mind.

According to Dutch daredevil Wim Hof, we all have the ability to tap into these natural human ‘superpowers’ and reach our full potential.

So who is this Wim Hof guy?

Wim Hof is a sixty-something-year-old adventurer and professional nutter from the Netherlands. He earned his nickname, ‘The Iceman’ because of his uncanny ability to withstand extreme cold. He holds 26 world records, has climbed Mount Everest and Mount Kilimanjaro wearing nothing but shorts and shoes.

To further challenge conventions he’s run a marathon barefoot above the arctic circle and across the Namibian Desert – without water!

It’s fair to say that Wim Hof has pushed the limits of the body, arguably more than anyone else, but how?

The Wim Hof Method is a three-pillar practise combining breathing, meditation and cold therapy as a means of controlling the body’s autonomous response system.

For example, take a breath. Feel the nitrogen, oxygen and carbon dioxide forcing your rib cage to expand and your lungs to swell. Then exhale.

Notice that before being told to breathe, you weren’t thinking about it at all. Our respiratory system uniquely allows us to be both the passenger and driver. Our autonomic nervous system takes care of involuntary actions like our heartbeat – or we can opt to jump into the driver’s seat and take over the rhythm of our own breath. The duality supports the thinking that perhaps we can influence other systems in our bodies.

Origami: Folding Your Way to Peace of Mind

Wim Hof attributes his superhuman feats to the trio of principles, he believes can voluntarily activate the sympathetic nervous system.

It is believed that practising the Wim Hof Method over an extended period of time can lead to health benefits like increased energy, stress relief and a strengthened immune system. Participants in Hof’s studies have also claimed an improvement in athletic performance, mental health and in some extreme cases, the mitigation of disease.

The suggested benefits of using the Wim Hof Method are not entirely new. In the 1980s, Harvard researcher Herbert Benson found that Tibetan monks through meditation could control their body temperature and lower their metabolism by 64%.

Beyond the physiological benefits of the method are the emotional aspects: self-love, serenity, compassion and a sense of connectedness to other humans.

What the science says 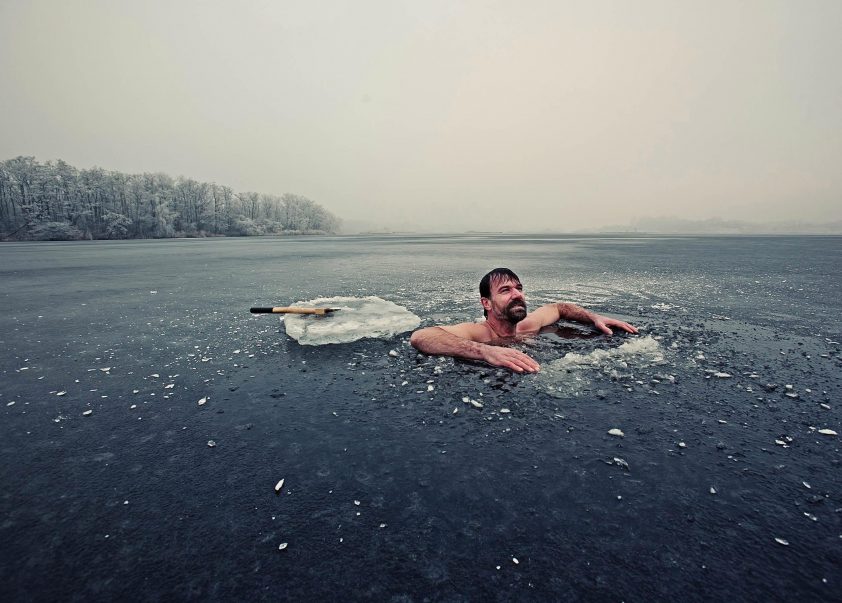 What the ‘Iceman’ is capable of, was long viewed as scientifically impossible, and received much skepticism. Since then countless studies have been conducted to show that by using his method, Wim and other participants were able to voluntarily influence their autonomic nervous systems.

A 2014 study documented the effectiveness of the method to reduce acute mountain sickness. A group of 26 hikers used his technique while summiting Mount Kilimanjaro. Findings proved that the sympathetic nervous system and the immune system were voluntarily affected, and the symptoms that developed were reversed.

More recently, a 2017 experiment found that Wim Hof could tolerate extreme cold by creating a voluntary stress response in his body. Scientists concluded that the brain rather than the body helped him to withstand the cold. The study concluded that people could learn to control their autonomic nervous systems to bring about similar changes.

Hof credits his endurance success to ice baths and breathing techniques. While there is growing research suggesting that breathwork can help with stress, anxiety and insomnia, there is conflicting research around cold therapy.

*Please be mindful that you are trying these exercises at your own risk. It’s best to only attempt after seeking advice from a medical practitioner.