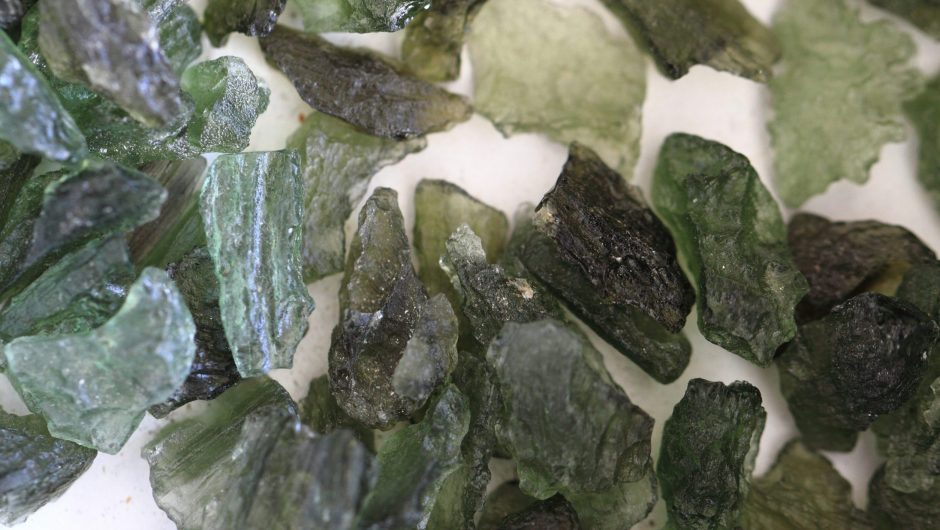 Moldavite is a beautiful green crystal which is said to have been formed when two asteroids collided. Besides being quite sought-after for jewellery pieces, moldavite crystal also possesses amazing healing properties for both physical and mental health.

However, owing to a number of factors present in the world today moldavite is incredibly expensive. In this article, we take a deep dive into the reasons for this and we also touch on a number of facts that you may not have known about this incredibly powerful and beautiful crystal.

How Expensive Is Moldavite?

Usually field-picked Moravian Moldavite – which comes in at between 0.5 and 19.99 g – is between 8 USD and 15 USD per gram. However, if the stone is not chipped with a perfect surface the value can very easily jump to 30 USD per gram or even more.

Why Is Moldavite So Expensive? 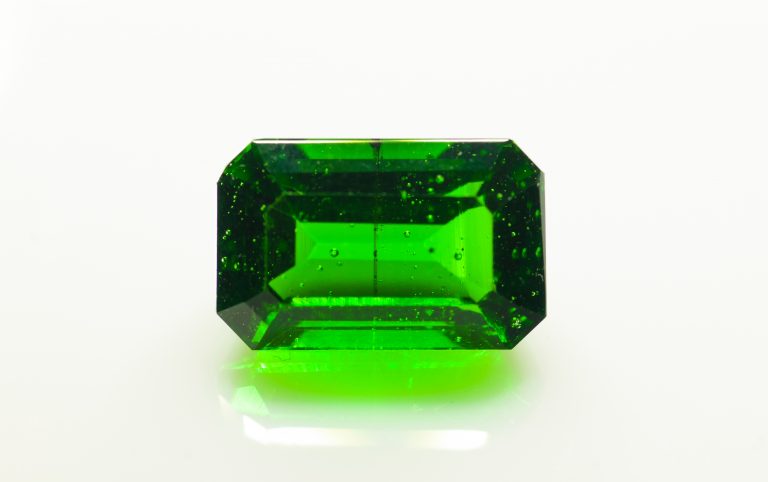 Moldavite is believed to have been formed around 15 million years ago in the impact event that resulted in the Ries and Steinheim craters in the region of south-eastern Germany.

An incoming asteroid is believed to have broken into two pieces which resulted in this pair of craters:

Also see  10 Of The Rarest Gemstones on Earth

Also, moldavite is considered to be a mineraloid as it is a naturally occurring, inorganic solid which does not exhibit a crystalline structure. This is because It solidified so quickly that the atoms did not have sufficient time to organise themselves into minerals.

Today moldavite can be found in sediments of the Middle to Upper Miocene age. It is found as droplet-shaped particles of green to brown glass. This crystal is up to a few centimetres in diameter. Millions of pieces have been assembled, mainly in the Czech Republic. Specimens are frequently severely carved into unusual shapes via acidic subsurface waters.

The Extraction Process Is Lengthy

Another reason why moldavite is so expensive is the cost and time that it takes to actually extract it from the ground. As moldavite is basically glass, it’s very delicate. Miners aren’t able to just dig into an area that they are interested in with machinery. They will probably crush and shatter the delicate gemstone. This can totally crush the company’s capability to finance the expedition.

Rather, the company utilises tools which give them the opportunity to have more of a handle on the digging. It’s even oftentimes done by hand once they’ve reached the required depth. The extraction process is quite expensive as it’s labour-intensive. Workers need to carefully dig out an area. After this, they have to check through the dirt and stone to search for the glass.

The challenge is that a moldavite crystal often only weighs a few grams. These crystals are more like fragments as opposed to actual gemstones. In order to make the gemstone worth it, the miners have to find several fragments. The job isn’t completed when someone discovers a piece of moldavite. They really need as much as they can find. This can prolong the extraction process through the course of several days, if not weeks or – alternatively – months.

In the meantime, all the miners require payment. Also, fresh tools have to arrive as old ones break or become blunt. In addition, mining companies usually require permission from the county or state prior to commencing their digging. That might mean they have to pay for permits or other fees which are linked with their expedition.

All these costs result in the actual process of digging being very expensive. The worst part about the whole thing is that the miners may come away with nothing. The company still needs to pay its miners for their time and effort. The costs linked to the extraction process boost the price of moldavite to the expensive side.

Is Moldavite Worth Buying?

If you are wanting to invest in jewellery, moldavite is a fantastic investment option. With just a limited supply left, the crystal’s value is only set to increase in the coming years.

While rough Moldavite is very popular amongst meteorite and mineral collectors, this novelty gemstone also holds appeal to jewellery enthusiasts. You will have a safe and secure haven for your money if you invest in well-crafted moldavite jewellery pieces.

In a number of years, when supply is exceptionally scarce or even depleted, its value will increase exponentially.

How Much Moldavite Is Left In The World?

The total amount of moldavite that is scattered around the world is estimated to be 275 tonnes. There are three types of moldavite: high quality (frequently referred to as museum grade), medium quality as well as regular grade.

Why Did They Stop Mining Moldavite?

The reason behind this is an increasing market price of moldavite, which currently can sell for up to 13 USD per gram. There is a massive demand for the semi-precious stones in the western and eastern markets. There are organised gangs that are rotating between a number of different sites.

Is There A Shortage Of Moldavite?

As of March 2021, there was a tremendous shortage of Moldavite and there is almost nothing coming out of the one mine which is currently mining this crystal.

Owing to this shortage of moldavite there have been a number of criminal gangs who have looted the sites which still mine the crystal in an attempt to acquire it for themselves and see it on the black market.

So, if you can get your hands on a bracelet, ring or pair of earrings which feature one of these crystals, buy it if you can. As the crystal becomes scarcer and scarcer the value of your piece will only escalate in value, making it a great investment for you.