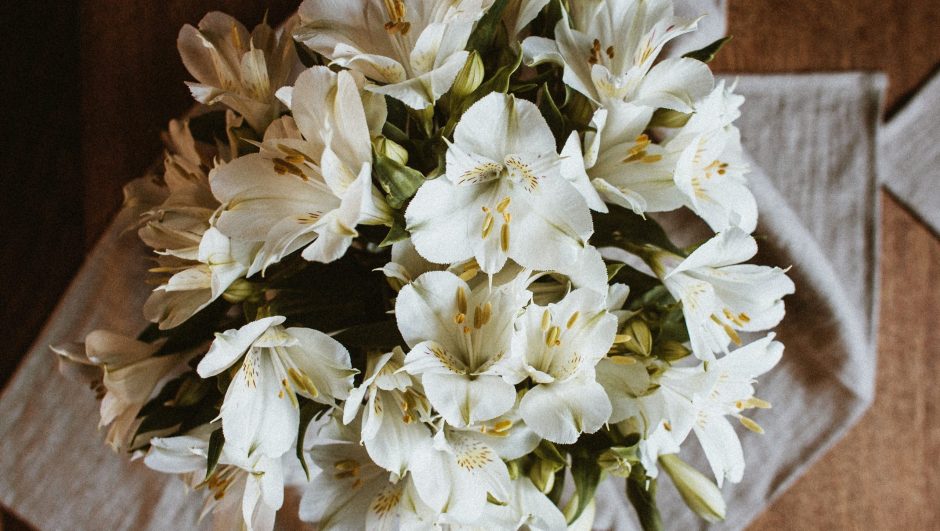 White lilies are extremely popular and are available in several different varieties, each with its own special meaning. These gorgeous flowers are commonly used as decorative items for celebrations like weddings or funerals as they hold a great deal of symbolism.

Let’s take a closer look at the different types of white lilies on the market and what each one means. 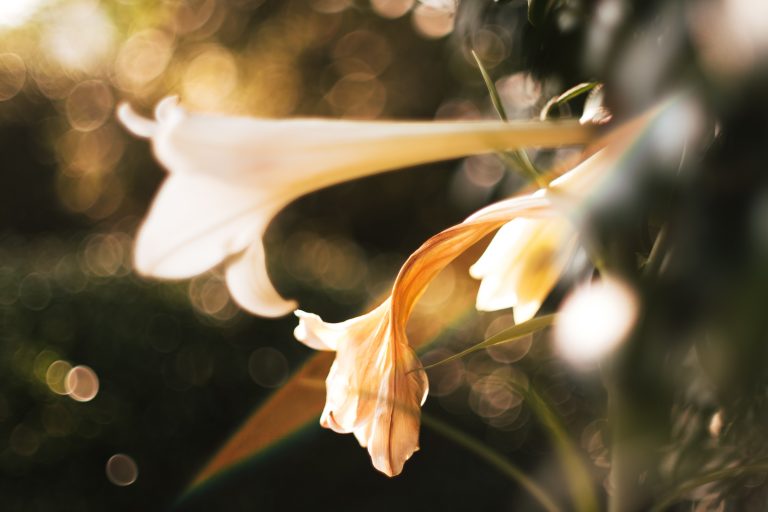 Easter lilies are probably what comes to mind when most people think of white lilies. They are native to three small southern islands of Japan but were exported to different parts of the world several decades ago.

By the 1880s, Easter lily bulbs were being grown commercially in Bermuda for shipment to the US. However, when World War II began with the bombing of Pearl Harbour, it became more economically viable to begin commercial cultivation of the bulbs within the US.

While Easter lilies are typically associated with the religious holiday, they are forced to bloom at the appropriate time, which is completely out of their natural flowering time.

What Do Easter Lilies Symbolise?

An Easter lily’s blossoms are often compared to trumpets and the interior portions of the bloom are yellowish while their stamens are golden. This is believed to symbolise grace, innocence and purity

Easter lilies are easily identifiable by their glossy, deep green leaves that are oval in shape. The entire plant can grow between heights of one to three feet. 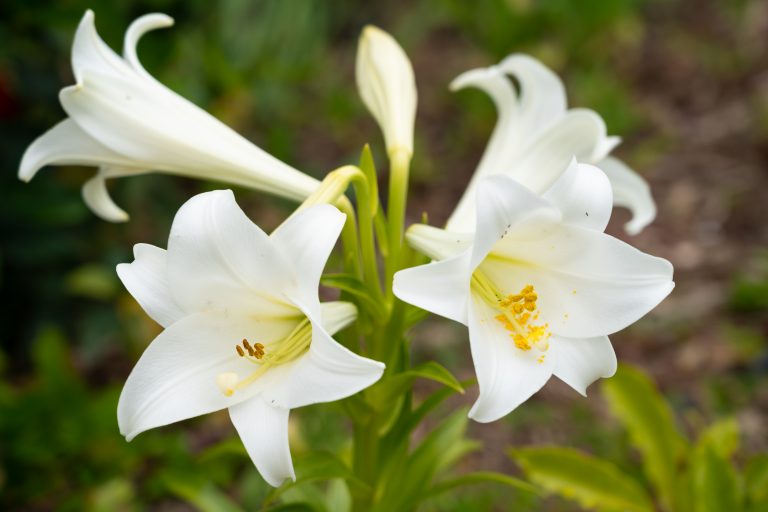 While they now make an excellent addition to any fresh bouquet, Madonna lilies were previously used for medicinal purposes. Every part, including the leaves, roots, bulbs and flower were repurposed for use in oils and balms.

The Romans used Madonna lilies to soften the feet of their skin and to help treat corns and boils. In Egypt, the plant was used to treat inflammation and burns. The leaves of the plant were also known to serve as a he flower that’s associatto be placed on damaged skin to help heal flesh wounds.

Madonna lilies are quite fragrant. They can be identified by their pure white outside and light-yellow insides. The plant’s petals open beautifully and curve back on themselves. These flowers make quite a statement, which is why they serve well as additions to any centrepieces or big bouquets.

What Do Madonna Lilies Symbolise?

Madonna lilies are commonly found at churches or events relating to the church as they symbolise purity and innocence. 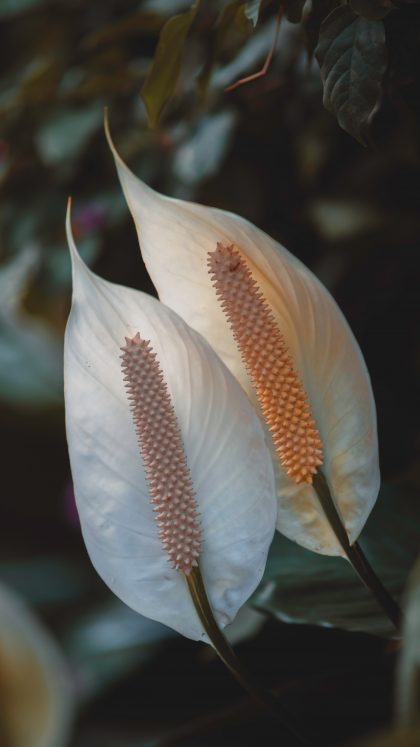 Peace lilies are also known as closet plants and have become a popular choice for homes and offices. They are very easy to care for, which makes them ideal as an indoor plant.

This variety of white lily flower is sought after, not just because of how easy they are to maintain, but because their beauty lies in their simplicity. Peace lilies are a member of the philodendron family and can be identified by their shiny, lace-shaped leaves. Their leaves are dark green and occasionally sprout unusual flowers.

The most noticeable part of the bloom is the white spathe covering it, which is also referred to as a bract. Inside the bract is a white or light-yellow spadix – this is actually the true flower. Peace lilies typically grow to between one and three feet in height and width.

What Are October's Birth Flowers? (Yes, There's More Than One!)

What Do Peace Lilies Symbolise?

True to their name, peace lilies are a symbol of peace and calm.

The flower is also viewed as one of sympathy and is symbolic of a renewal of the soul, which is why it’s commonly used at both weddings and funerals. Peace lilies also make for a great gift between friends as it provides so much beauty for considerably little maintenance. 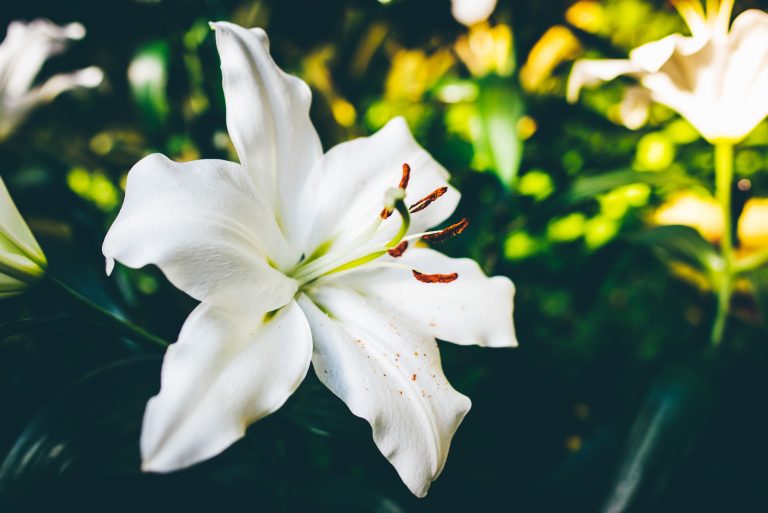 Casablanca lilies are bred for beauty. These flowers are lovely and large. They are milky white and face outward, shaped like a bowl and feature recurved petals and contrasting red-orange anthers.

Typically, each Casablanca lily plant can produce between six and eight blossoms per stem. They are incredibly fragrant and just like many other white lilies, require a very low level of maintenance.

What Do Casablanca Lilies Symbolise?

These beautiful lilies are representative of joy and life. Casablanca lilies are popularly used as a symbol of celebration in one way or another. They make for an excellent gift to spruce up the home and serves as excellent décor for weddings.

If on display at funerals, Casablanca lilies are typically symbolic of a celebration of a life that was well lived. 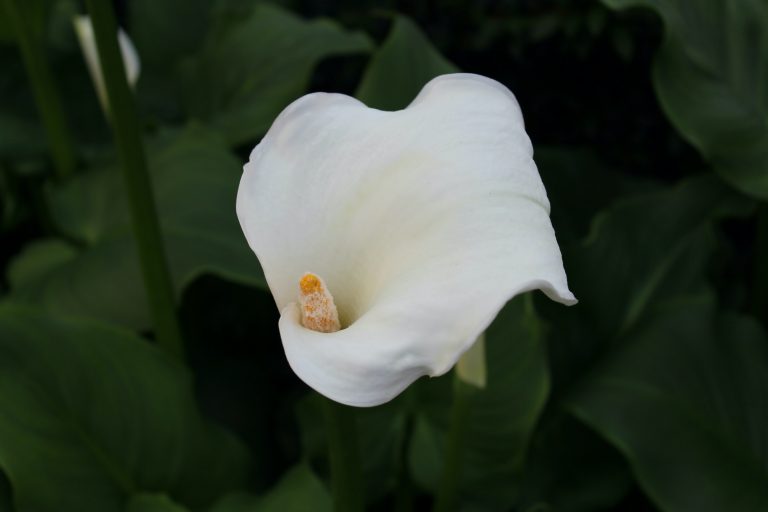 Calla lilies are available in a number of different colours including pink, red and yellow. But it’s believed that the white ones are the most fragrant.

These blossoms are native to southern Africa and cannot survive the winter months in the ground or outdoors. The plant itself grows like irises do – from a rhizome, which is similar to a bulb. The flowers don’t have individual petals. They can grow to roughly 30 inches in height, and the flowers are shaped in the form of a funnel.

Overall, Calla lilies can grow quite well outdoors during summer months and are known to bloom indoor all year long.

This kind of lily is very popular in floral arrangements for special occasions including weddings. The regal appearance of this flower and its trumpet shape has made it a firm favourite amongst gift givers as well.

What Do Calla Lilies Symbolise?

Calla lilies are symbolic of love, which is why they are so popular at weddings and work well as gifts to those closest to you. They are the traditional flower for the 6th wedding anniversary.

Calla lilies are also used often at funeralsas a symbol of love for the person who has passed away and as a message of comfort for the friends and family that they left behind.

There’s a white lily for just about every occasion and the beauty and simplicity of these blooms make them stand out in just the right way! For something a bit more colourful, read our blog posts on Tiger Lilies and Asiatic Lilies.