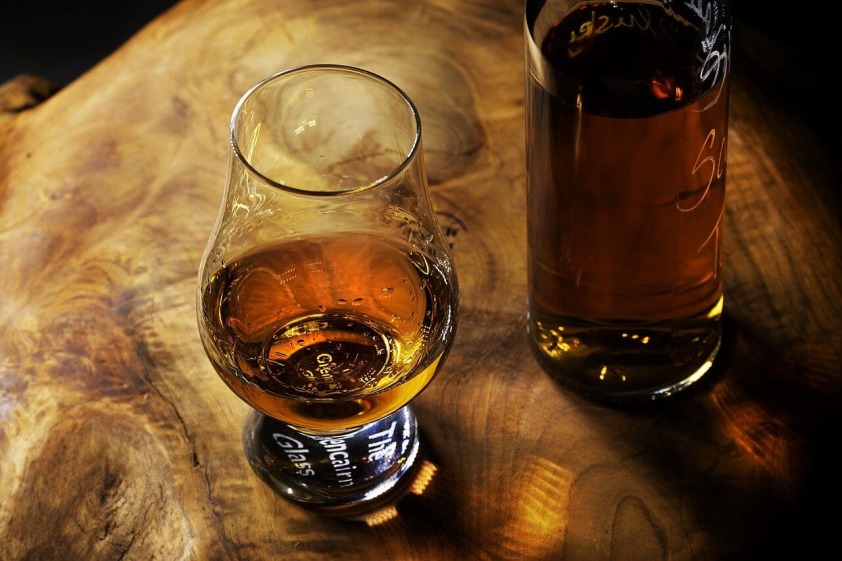 While the origins of whiskey can be traced all the way back to 2000 BC, the drink only really started to gain prominence around the 15th century. Derived from the Gaelic word meaning “water of life” today, whiskey is one of the most-consumed spirituous liquors in the world. Here is our roundup of the latest whiskey industry statistics.

But whiskey is about so much more than just a drink consumed by millions. It enjoys a culture and life of its own.
From its propensity to taste like the wooden barrels it was aged in, to the meaning behind the difference in spelling when referring to “whiskey” versus “whisky”, the malty drink seems to be a never-ending conversation maker that never fails to surprise and impress.

Why is Whiskey so popular?

Whiskey is as multi-faceted an alcoholic beverage as they come. There’s whiskey and there’s whisky, there’s Ireland and Scotland, there’s micro and there’s macro. And that’s not even touching yet on its place in mainstream pop culture, its role in the resurgence of bartending as an expert craft, the many unique whiskey tastings and masterclasses available, or the almost residential position it enjoys in mixology trends.

Whiskey’s popularity is nearly as broad a concept as the drink itself. And perhaps more interesting within this particular concept than anything else, is that it has managed to hold on to its enormous popularity and drinkability even during the global recession.

Whiskey, it seems, has created a thirst that cannot be quenched even by a worldwide financial crisis. Despite the many challenges of the recession, exports of Scotch whisky reached record levels in 2019, with global sales for the second year in a row breaking through a £3 billion sales ceiling.

Export value of Scotch Whisky did, however, eventually fall by more than 20% in 2020, although it nonetheless remained at a staggering £3.8 billion. Export value and volume decreased due to countries entering lockdown to combat the spread of COVID-19. Scotch Whisky’s Top 10 Markets were particularly affected, with this list including the United States of America, France, Singapore, Taiwan, and Latvia.

Pernod Ricard, one of the major players in the whiskey market, is a good example of how the pandemic ended up negatively affecting this market. Profit margins for this company declined by 20% according to its annual report. This was the result of alcohol shops, hotels, and restaurants shutting down worldwide, which naturally limited the sales of whiskey.

Another factor was the decrease in international visitor expenditure which came to 65% worldwide.

Who Are The Biggest Whiskey Drinkers?

When looking at the countries consuming the highest volumes of whiskey (or whisky!) each year, it’s interesting to note regions previously considered to have lower spending power ranking high up on the list.

Today, the US remains the largest importer of whiskey, with South America – and most notably Brazil – the region showing the most prominent growth in terms of usage.

Hot on the heels of the US has been France, with imports valued at around $700 million dollars for 2021 alone.
Other major importers include:

Exports to the USA grew by 8% in the first quarter of 2022 despite the ongoing challenge of the 25% tax imposed on single malts. Exports to the European Union also grew by the same percentage in the first 12 months since the United Kingdom’s Brexit transition came to an end.

Is Age A Thing?

From how whiskey is often represented on television and in the world of film, it’s easy to assume (incorrectly) that it’s a beverage consumed largely by an older and perhaps even more “reserved” generation of drinkers.
This could not be further from the truth.

Some of the biggest brands in the world have been going to great lengths to make whiskey more appealing to a younger generation. Consider, for example, “Brasil” by Ballantine, which is Scotch infused with undertones of vanilla and citrus.

Some distillers have even managed to tap into a unique age-niche by creating opportunities for younger drinkers to enjoy whiskey on their own terms. Instead of whiskey being a drink reserved for winding down after a hard day at the office or even one of self-reflection enjoyed in solitude and silence, it has become a beverage that can be mixed, shot, and even set on fire to become the perfect companion to any high-energy alcohol fest.

Veganism Statistics Germany 2022 - How many vegans are there?

Instead of a static and dependable stalwart among the rest of the drinks in the drinking cabinet, whiskey manufacturers are continuously stumbling across new ways to make the famous beverage contribute to a thrilling night out on the town.

A Drink For Brand Associations

It doesn’t matter whether a company is running with an existing big brand or trying to catapult a new one off the launch-pad, whiskey remains a commercial investment of note.

Consider, to name but two examples of many, how Jim Beam is using actress Mila Kunis to attract millennials, or how Haig Club has practically built something completely new out of an existing brand by linking up with the masculinity and intrigue of David Beckham.

Heritage, too, has emerged as an attractive playground for distillers all over the world. A prominent example of this is Buffalo Trace (US). The brand uses its products to tell genuine and timeless stories by naming their variants after those figures that played an important role either in the distillery itself or in the broader development of the beverage itself. Examples include the E.H. Taylor, Stagg Jr., the Jr. Collection, and Blanton’s Single Barrel.

What’s With The Spelling?

In short, whisky is Scottish, while whiskey is used for Ireland and everywhere else in the world.

Historically, Scotch whisky used to be of poorer quality than its Irish counterparts. The Irish wanted to draw some distinction between the two varieties when they first started exporting their product to the US. And so, an extra “e” was added to help folks to differentiate between the two.

Of course, today, Scotch whisky is no longer considered of lesser quality. In fact, the opposite is true. 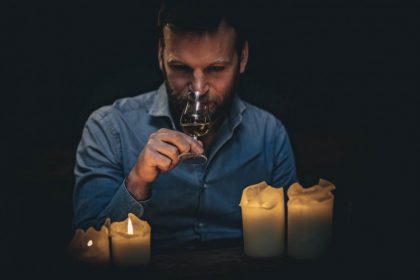 Distillers are more and more beginning to experiment with new ways of breathing new life into “old” recipes.
This is in answering a growing demand for new and interesting experiences and associations in how people are discovering new variants.

Kings of the craft of distilling are only now beginning to add their own unique interpretations to recipes regarded as timeless, tried, and tested.

And it’s completely reviving just about everything about the distilling process. A great example of this is an ongoing transformation in how the whiskeys of the world are being barrelled. The result has been more and more distilleries dialling into the actual production of creative and interesting new barrels.

It is estimated that the global whiskey market will register a compound annual growth rate of 5.6% from 2022 to 2027.

Innovative offerings are getting a lot of attention and the changes in lifestyles and consumer preferences will be what keeps driving the whisky market internationally.

Perhaps one of the most prominent mind-shifts in the world of whiskey production has been that of “blended” no longer being the dirty word it once was. And it’s also bound to be the number 1 trend as we head into 2022.

Perhaps the biggest thing in the world of whiskey distilling right now is the emerging trend of creating whiskeys out of blends that hail from different countries. And perhaps now is a time more poignant than ever before to be bringing the whiskeys of the world together in innovative new ways.

The world is changing along with our sense of normality, and so are the drinks we call home.