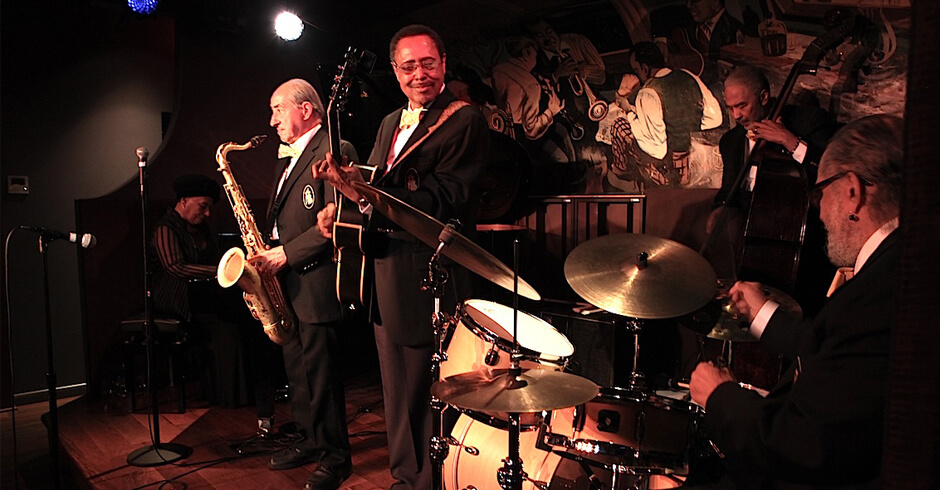 Watching jazz is, quite frankly, one of the only experiences that can instantly transport you to another world – from the music, to the ambience of the venue in which it is being played. With world famous names having played – and still playing – in New York, the jazz lover has no shortage of places to go to get a slice of ‘the real stuff’, as Louis Armstrong might say. Find out where to watch jazz in New York.

The Allen room, found in the Time Warner Building, is a wonderful space. It is circular and modelled on a Greek amphitheatre design. There is a ceiling glass window which offers amazing views of Central Park. The Lincoln centre also uses the massive Rose Theatre (it holds 1200 people) to put on jazz shows. Wynton Marsalis is the Artistic Director, at the forefront of much of the programming, and is the reason many big events are staged here – like the John Coltrane festival.

Probably the most famous jazz destination in NYC, it was founded by Henry Minton in 1938. Minton was a saxophonist and made sure that many of the jazz pioneers through the ages played his club – including Thelonious Monk, Dizzy Gillespie, Charlie Parker, Charlie Christian and Kenny Clarke. Although the original Miltons burnt down in 1978 it was later revived by businessman and restaurateur Richard Parsons and noted restaurateur, Chef Alexander Smalls. 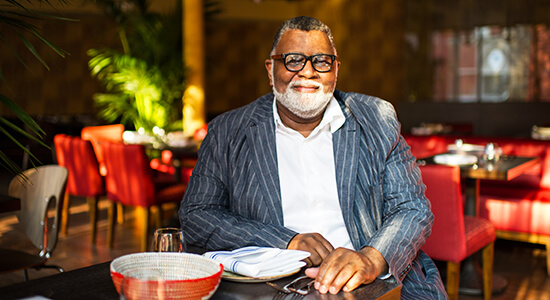 This offering sits firmly between the ‘bling’ of the Time Square tourist hot-spots and the more serious West Village clubs. This club has played host to some of Jazz’s most illustrious flagbearers including Bill Frisell and Jimmy Cobb. A resident band, the Mingus Big Band, can be found playing on nights where there isn’t a guest starring. It offers an excellent menu thanks to being positioned below the Blue Smoke restaurant, a barbecue specialist.

Short Back and Sides: Best Men's Salons in New York

Anywhere that was frequented by Les Paul, the guitar icon, is surely a place to go to. If you do go though, just make sure you have enough dollars in your wallet as cover charges and drink minimums apply. Todd Barkan, former San Fran Keystone Korner owner, has been busy working hard to bring some of the best jazz talent the world has to offer to the Iridium, including some of the best of the British with Ginger Baker and Mitch Winehouse playing there. Look for his signature Keystone Korner Nights to experience the Iridium in full swing. 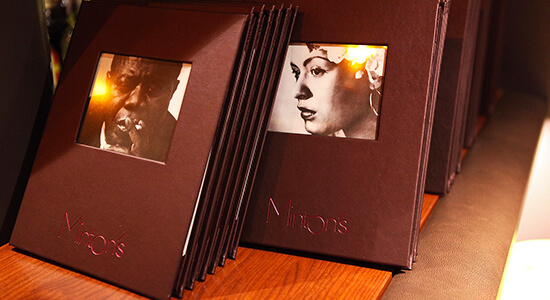 For the aficionados only, this is the most ‘serious’ jazz club in town, a reputation backed up by being referred to as the ‘Carnegie hall of jazz’ by many regulars. Located within a small space, seating is at a premium, even more so as it does not take bookings. Miles Davies played here, enough for any visitor to know that is a serious jazz club – and a historic one at that. Although some of the seating limits your visual enjoyment, the acoustics are amazing wherever you end up sitting so sit back, close your eyes and enjoy.

Billed as an ‘intimate’ venue you know that it isn’t going to be flashy but with jazz on offer from all around the world – the Slavic Soul Party have played here frequently – it is well worth the visit. When Barbès doesn’t have a global offering, music is provided by Brooklyn-based cumbia band Chicha Libre and the Guinean Mandingo Ambassadors.

Go On the Ultimate Jazz Experience at Minton’s

Now that you know where to watch jazz in New York, where will you be heading to?