Blog » Dining & Restaurants » Where is the World’s Culinary Capital? 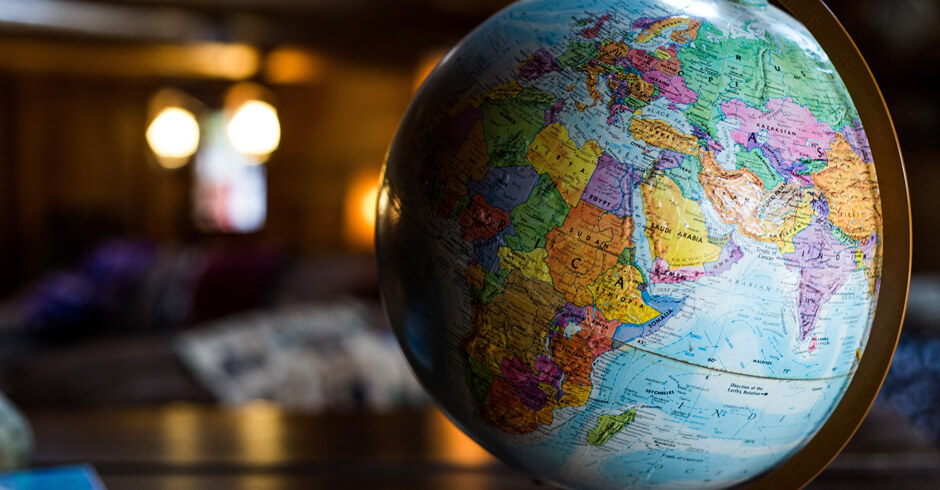 A couple of decades ago, no matter who you asked,Paris was the centre of the gastronomic universe. There’s been a bit of a shift since then, though, with London seeing a meteoric rise in its restaurant scene, and New York and Tokyo also coming forward as major challengers. I’ve been speaking to some of the biggest names in the business to find out their thoughts on the world’s culinary capital…

JT: London is the global capital now. Japan is very impressive but I think London has a lot of big stars. Paris is trying to fight back but it will take time.

II: Cuisine in France was edged out because it rested on its laurels for twenty years. For sure you can eat better in London now than in Paris. That would have been unthinkable 15 years ago. I tell you, when I arrived in London, in 1986, to have a cappuccino or espresso I could only go to one bar, called The Capri, by Leicester Square. If you went to any other English place and asked for a cappuccino, they would give you coffee with double cream. If I wanted a sandwich, it was jam or tuna. I couldn’t eat it – I had to go to the Italian place. So for London, from there to here, it is quite a transformation.

I love Paris – it was my first trip there that sealed the deal in terms of my career choice. The professionalism of the kitchens there are just so intense.New York is one of the best cities to dine in the world. You have almost too many options, which makes it difficult from a business perspective. You’ve got to reinvent yourself and stay ahead. But there are so many great dining cities. I’ve never been to London but I’ve only heard fantastic things. There’s San Francisco and Chicago which is definitely very powerful. Smaller cities in the south, like Charleston, too. I think the dining scene in the US has improved tremendously the past ten or 15 years.

Where to Dine in the City of London

George was talking to TRULY

Oversees L’Atelier de Joel Robuchon, with venues across the world

I would argue that London is very possibly the gastronomic capital of the world. Why? Because it’s only in London that you find every conceivable style of cooking. When it comes to what’s new in cooking, to innovative cuisine, it’s all happening in London. It’s the same in the agro-alimentary business. The epicentre is not Paris, but London. 30 or 40 years ago I would have told you precisely the opposite – that London was where you were likely to eat terrible food. But now the tables have turned.

Joël Robuchon was talking to the Evening Standard

Chocolatier and pattisier at William Curley

As a patissier, Paris is the place to be. Obviously I trained in that style, in a French patisserie, so what I do is under that umbrella. But I used to take the night bus from Victoria to Paris every Friday night. Then I’d just walk about all day looking at the patisseries and getting inspiration. From an early age I knew I wanted to replicate what they do in Paris over here.

Alain Ducasse at the Dorchester & many more global locations

There has been a revolution in London. The restaurant scene is very interesting. Michelin should give it more stars; it’s mean. You should interview the editor and ask him why [he doesn’t]. London is the most important city in the world for restaurants. It was level with New York, but the product has developed more in London recently.

A Brief History of British Gastronomy

There is a very contemporary scene with mixed influences in London. I’m really sorry some people still look down on British cuisine. You have wonderful game, lamb and fish with your cold seas. The only thing not very good is poultry.

Alain Ducasse was talking to the Daily Telegraph

You have to try Lyon. Dine at Paul Bocuse. His flagship restaurant is the Sistine chapel of French cooking. There are bouchons too; they are time capsules, doing the things they’ve always done for generations.

Daniel Boulud was talking to the New York Post

There’s something magical about London. It’s never been as exciting as it is currently. From a chef’s point of view, it’s a great city to come and eat now too. Not only do I think it’s the best, but we’re still raising the bar… whether you’re at Brixton Market, Spitalfields Market, or whether you’re having a sumptuous afternoon tea at The Wolseley. Have you any idea how many French students are now getting taught how to cook English food? That makes me feel good.

Gordon Ramsay was talking to CNN

Tokyo is mind-blowing. It is easy to fall in love with. I was dying to go to Mibu and then [Mibu chef Hiroshi Shida] came for dinner [at the Noma Tokyo popup] and opened his restaurant three Sundays in a row for our staff. We love going to the local fish market early in the morning, it’s an amazing experience. Food is such an important part of everyday life.

Nowadays London has got a staggering number of good restaurants. Mayfair has its fair share of them, but these days you can hang out in Shoreditch or go to Hakkasan or Umu or whatever – there’s a whole range of restaurants out there. The last great meal I had would be at Clove Club, which I rate really highly. I think Chef Isaac McHale is going to be one of the greatest cooks of his generation.

So, with the seal of approval from six of our ten industry experts – including the top three chefs with the most Michelin stars in the world – London looks to be flying high as the culinary global hub. Fancy trying some of the city’s best restaurants? Look no further than TRULY’s range of unique dining gift vouchers.