Blog » Wine, Beer & Spirits » Spirits » Whisky » When did American Whiskey get so Popular? 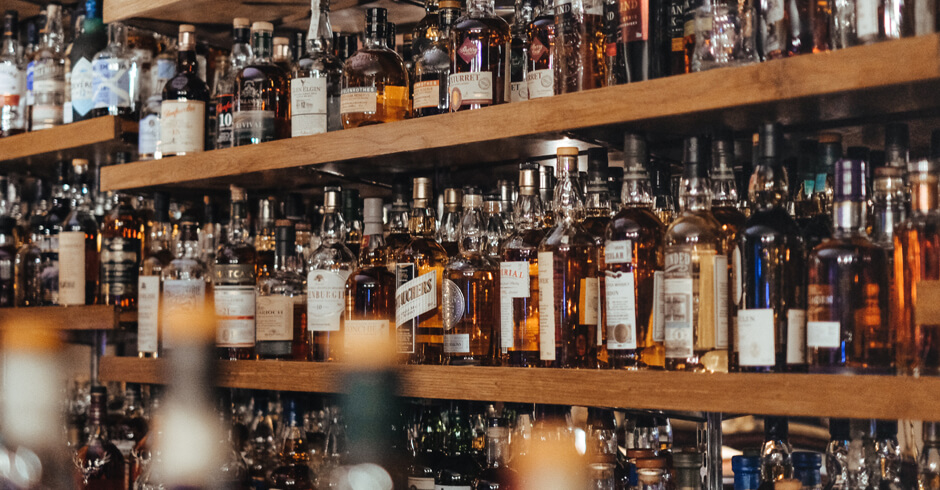 The US whiskey market has seen rocketing sales in the past decade, with bourbon production alone growing by more than 150% and the number of craft distilleries over the period more than quintupling. Has the rise of bourbon whiskey sent Scotch on the rocks? While most domestically produced whiskey is still consumed in the US, the rising demand for American whiskey worldwide has also grown, with exports topping $1 billion for the first time in 2013 and the trend continuing in 2014. Meanwhile, at home, domestic sales topped $2.4 billion.

Made of at least 51% corn, aged in new, charred oak barrels and bottled at 80 proof, bourbon is the quintessential American whiskey. Named for the French royal dynasty, it’s been distilled in the Kentucky region since European settlers first colonised the area.

Though only required to be produced in the US to qualify as bourbon, 95% of this whiskey is still produced in Kentucky. Popular for its milder sweeter flavour, it, along with Tennessee whiskey, accounts for the majority of US whiskey exports. 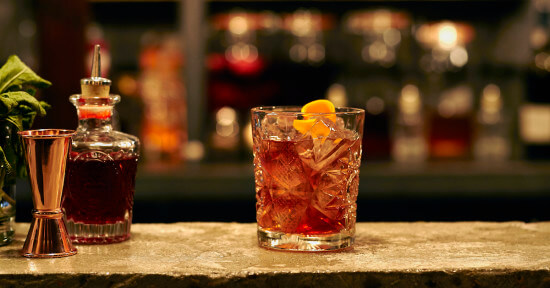 While the legal definition is still a matter of debate, Tennessee whiskey is essentially a bourbon that must be both produced and aged in Tennessee as well as undergo an extra process in production. Here it is filtered through charcoal. The most notable of these whiskeys is Jack Daniels.

Also see  The Best Whisky Cocktails... with a Twist

Rye whiskey has a more bitter, spicy taste than bourbon. 51% of the grain must be rye and, like other whiskies, must be stored at less than 125 proof and bottled at 80 proof. It was European colonists who began using rye as the predominant grain in whiskey distillation – as it was more abundant than the traditionally used barley.

Production of rye whiskey had all but stopped outside of the American south by the 1970s. While still primarily consumed in the US, its huge increase in popularity over the last decade can be accounted for by its rising demand as a cocktail mixer.

Scotch, in comparison, is traditionally made from barley and then aged in oak barrels for at least three years. It must be produced and matured in Scotland. 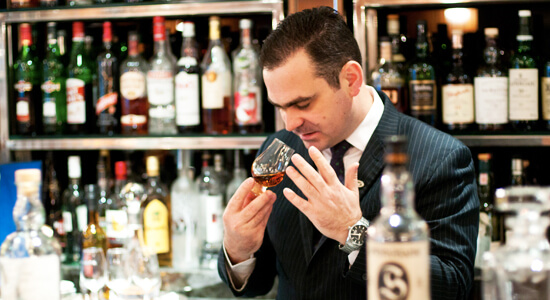 A brief history of whiskey in the US

While rum was the first liquor to be drunk in quantity in the US, it was whiskey that eventually captured the market. After the arrival of a wave of Scottish and Irish immigrants in the closing decades of the 1700s and the disruption of the rum trade during the Revolutionary War (War of Independence), whiskey production began en masse.

Settlers in the eastern territories began producing their whiskey with rye in place of barley. This was because the hardy crop was better suited to the climate. Meanwhile, those who moved west, into what is now Kentucky, were encouraged by the government to plant corn and so began producing what later became known as bourbon whiskey.

In order to pay off debts from the Revolutionary War, the newly formed US congress levied a number of taxes, one of which included a tax on liquor – known as the whiskey tax – as this was the most popular spirit of the time. In the ensuing years there were numerous small scale revolts led by whiskey distillers against government officials and tax collectors in what become known as the Whiskey Rebellion. This was eventually quelled when the government called in the army.

Also see  Dry January Statistics: What to Expect In 2022 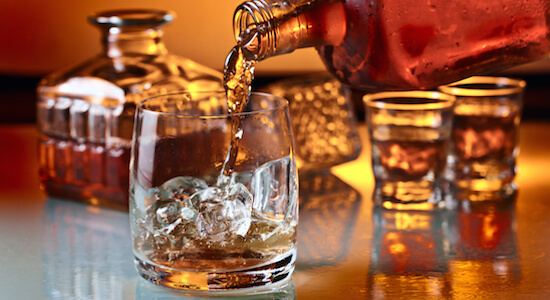 Fast forward and rye whiskey continued to be the most popular variant of whiskey in the US until Prohibition in the 1920s. Prohibition decimated American whiskey production and it was lighter bodied Canadian whiskies, imported by bootleggers, and blended whiskeys, that were sold during the period.

This thirteen year spell saw a substantial decline in American whiskey stocks, with producers turning to blending whiskeys in order to stretch the stock even after Prohibition ended. Tastes then shifted towards these blended and milder varieties of whiskey in place of the previously consumed straight whiskeys.

Just as whiskey stocks were beginning to be replenished, the US entered into World War II, during which distilleries were forced to produce industrial alcohol. As a result, whiskey stocks, though rationed, again began to decline. Drinking patterns after the war shifted to spirits like rum which had been more readily available throughout the war years. Indeed, it wasn’t until the introduction of Scotch whiskies in the 1980s that the industry in the US again began to gain a bit of traction. 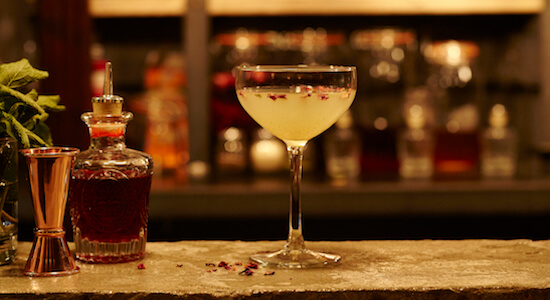 The current boomSo why is the demand for American whiskey going nuts now? The growth of the premium cocktail market, plus the bartenders and mixologists who have championed bourbon and rye as mixers, have played a large part.

This increased popularity has also coincided with the rising appeal of American inspired cuisine. The proliferation of burger and rib locales the world over, plus the growing casual food scene – think informal restaurants, street food markets and trucks – has seen a rise in US cuisine.

Also see  History of Gin - Where Does Gin Come From?

TV has had a role too – a number of American period dramas, such as Mad Men, have increased interest in the history of American whiskey and, in conjunction with the trend in upscale cocktail bars and premium alcohols, have sparked rediscovery of classic whiskey based cocktails. This trend is echoed in the UK with the opening of bars like The Vault, a nostalgic, speakeasy style cocktail bar hidden behind a bookshelf in London’s oldest whisky shop.

American whiskey producers have also been willing to add flavoured whiskeys to their collections, which has traditionally been avoided in the whisky industry. This trend is part of a broader growth in the popularity of flavoured spirits. All in all, these flavoured whiskeys and the milder taste of bourbons – as well as their prominent use in cocktails – have rendered American whiskeys, in some instances, more accessible than their Scottish or Irish counterparts.