Blog » Things To Do » Sports » What Is Wingwalking? 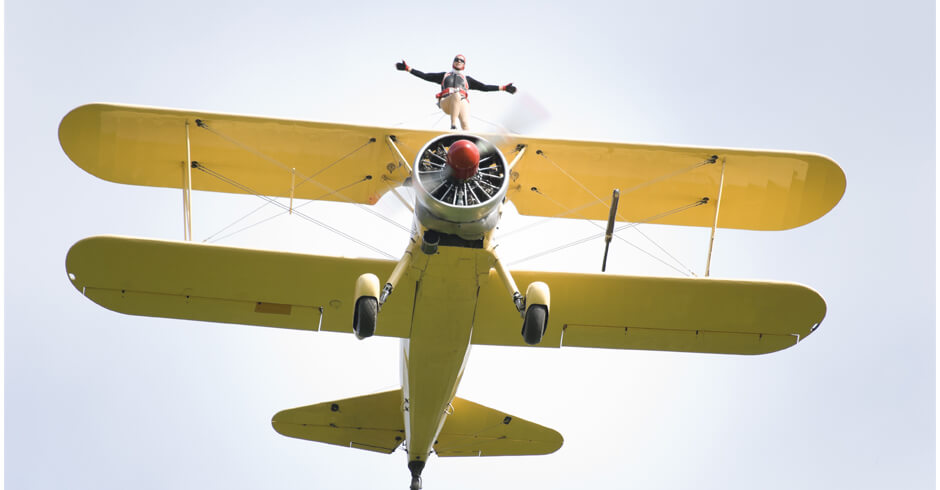 Have you ever wished you could fly? Did you know there are actually those who do it? Well, sort of. As we ask ‘what is wingwalking?’, let wingwalkers past and present inspire you to take to the skies.

Where did it begin?

Wingwalking is the act of walking or moving on the wings of a flying aeroplane. It started around 1920 at airshows. It actually began as a demonstration of planes’ balance and stability, moved to in-the-air mechanical adjustments and fixes and then to stunts. These early wingwalkers became famous for their daring stunts. Wingwalking became part of crucial air-to-air refueling and plane-to-plane transfer. Now it is done often for charity events, airshows and once-in-a-lifetime experiences.

Is there more than one type of wingwalkers?

There are two types of wingwalkers. The first type is when someone simply walks on the wing when the pilot is taxiing the plane in a small space. The walker helps guide the plane by keeping it clear of any obstacles. The second type is the person who actually walks on the wings of a plane during a flight. If a person is strapped to the wing of the aeroplane for the flight, the person is called a wing-rider and not a wingwalker.

When doing stunts, walkers use all parts of the plane and their body. Wingwalkers do not wear parachutes for safety reasons, but a harness and cable are used while doing certain movements. This may seem strange for some, but there are reasons for the lack of parachute. First, the planes fly at too low an altitude to make a parachute useful. Secondly, there is a risk of the parachute becoming tangled in the plane’s wires if it accidentally opens. Finally, it’s simply easier to move around the plane without a parachute on. 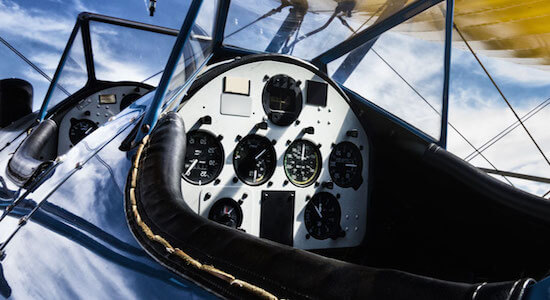 Still want to adventure out on the wings? You can take wingwalker training. Although there are no special schools, there are wing walking training sessions offered when you are going on a team, doing a charity event or enjoying a luxury experience. It does require some physical strength, since speeds can reach between 80 mph (for straight and level parts of the routine) to up to 160 mph (for exciting parts like diving.) You will need to be adventurous, but at the same time you will need to be level-headed and focused. A wing walker always has communication with the pilot, who is aware of your safety as well as flying the plane.

For many wingwalkers, actually finding someone with the time, experience and ability to train you is the hardest part. Instead of struggling to find somewhere and someone to teach you, take the opportunity to make it a true experience. Imagine sharing a heart-pumping weekend with a friend with a private wing walking lesson for you both, Michelin star food and memories that will last a lifetime.

Who knows, you may love it so much you will want to be part of a team and travel the world doing what you love. Spread your wings and let the wind soar around you as you enjoy the adrenaline rush of the wing walking experience. Dare to fly!