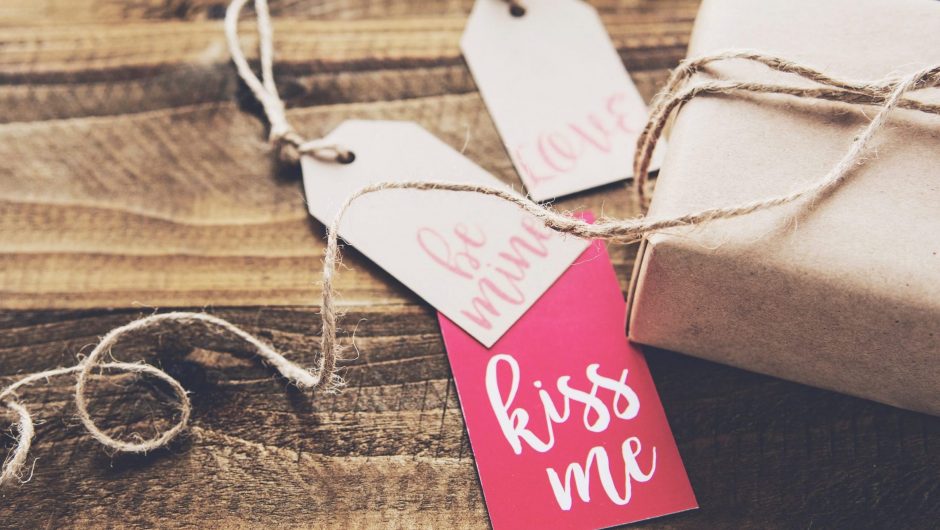 While there are traditional anniversary gifts for each year, people have too found a modern theme to substitute each year’s traditional theme.

If you want to know the meaning behind each gift or are looking for some unique anniversary gift ideas, you’ve come to the right place. You will find a complete break down of all the wedding anniversaries and their gifts, including all the anniversary gemstones, flowers, and colors.

Paper represents how your marriage is still in its beginning stages, and is delicate. Together you’ve only just completed the first year of marriage – there are many more blank pages for the two of you to fill.

Durable and versatile, cotton holds the qualities of a marriage that’s made it to its second year. Cotton gifts symbolize that your marriage needs to stay strong and intertwined like interwoven cotton fibers even when faced with difficult changes.

Leather represents the shelter and security that has come from your three years of marriage together. Leather is a durable material that protects us from the elements, just as you are both protect each other.

Four years! At this stage, your marriage has really started to blossom and ripen. That means it’s time for some gorgeous fruit and flowers.

Trees symbolize strength, wisdom, and time. With deep roots firmly cemented in the ground, your marriage can endure anything.

Six blissful years together. How sweet! Sugar serves as a reminder of how sugary sweet your love for one another is while iron symbolizes the strength and durability of your marriage.

Copper is an excellent heat conductor, symbolizing the heat, warmth, and stability of your seven years together. Similarly, cozy, fluffy wool symbolizes the comfort, durability, and security you provide each other.

Did you know that bronze is a blend of copper and tin? Bronze represents the blending of two hearts, combined to become a single strong entity.

Your relationship may have started as a lump of clay, but over the nine years spent together, it’s turned into something beautiful. Having gone through thick and thin, and the metaphorical furnace of life, together the two of you can handle anything.

Tin doesn’t rust or wear down, just like your marriage after a decade. It’s also traditionally used to store and preserve things, a nod to the preservation of your love. On the other hand, aluminum is a malleable metal representing the flexibility and durability require in 10 years of marriage.

After 11 amazing years together and they are steel the one! Representing resistance and durability, steel is a reminder of the incredible strength of your love for your 11th wedding anniversary.

Luxurious linen is strong, durable, and expensive. On the other hand, sultry silk is as strong as it is sexy. Although your marriage is durable and reliable, you’ve still got that burning desire for each other.

An intricate and sensual material, lace signifies unity and the complexity of marriage. Working with delicate fabric requires time and dedication, just as your relationship requires special care.

In African culture, ivory is a symbol of status and opulence. The majestic elephants are renowned for their wisdom, long memories, and loyalty, so it’s no surprise they’re symbolic of your devotion after all these years.

Sturdy yet delicate, like your marriage, crystal symbolizes the sparkling love the two of you have for each other. There is full transparency in your marriage at this point, and you’re stronger for it.

A wonderful way to honor the fiery passion of your relationship and the sparks in them!

Like a good piece of furniture, your partner brings beauty and support, which is why both the modern and traditional gift for this special year is furniture.

After 18 years, your marriage is a thing of beauty, but like the traditional gift for the 18th, it must be cherished.

Beautiful and durable, bronze is the traditional and modern gift for the occasion, and it’s more than appropriate. Celebrate a marriage that’s lasted through good times and bad.

Elegant and beautiful, but also delicate and fragile, china is an overall representation of your marriage after two decades. Do not take it for granted or mishandle it, or it shall break.

Silver needs hardly any introduction, as one of the most popular precious metals around. Having reached your 25th anniversary, the value of your marriage has reached new heights.

Hidden in the depths of the ocean, these precious white gems are known for their beauty, but also the considerable amount of time required to form. After three decades together, something beautiful – your marriage – has been created through longevity.

This beautiful material is regarded as the stone of peace and transformation. It symbolizes longevity and strength, two traits that are certainly present in a marriage that has lasted this long.

A symbol of your deep and unwavering love for one another. Also known as the Ruby Anniversary, 40 years of marriage is a serious milestone celebration.

It is said that should the wearer’s love begin to diminish, the color of the stone will gradually transition from blue into green. When giving a
blue sapphire on this anniversary, they represent the lasting nature of your adoration for one another.

Gold represents the strength, wisdom, prosperity, and significance of your marriage. As one of the most precious substances on the planet, it is a symbol of 50 years of marriage – something that cannot be replaced.

The perfect way to signify devotion.

Fun fact: the word diamond in Greek translates to “unconquerable”.  As is your love for one another. Shining bright like a diamond, your marriage has stood the test of time.

Similar to the 45th anniversary theme, this rare and beautiful blue gemstone is a symbol of inner peace and loyalty, both of which are qualities that help a couple stay together through 65 years of marriage. A 65th anniversary is a relatively rare celebration, so celebrate your special day with gusto (and with a sumptuous blue sapphire gift, of course)!

More valuable than gold or silver, platinum is the quintessential symbol of prestige, luxury, and achievement. No wonder the precious metal, which also symbolizes true love, integrity, truth, and endurance. Your relationship with your spouse is enduring, and your love for them is true. Spoil them with platinum-themed traditional gifts.

With this complete list of wedding anniversaries and their associated gifts, you are more than prepared to get a meaningful gift no matter the recipient. Whether you are looking for traditional anniversary gifts or modern ones, just follow the guides and you are in safe hands!