There’s always something to see at the theatre, whether it’s a new and much anticipated play or a timeless and uplifting musical. It could also be said that young audiences don’t tend to get the best options in terms of what’s on, and Spring 2015 unfortunately seems to be no exception. With that aside, let’s have a look at the up and coming West End programme and see which shows the kids will be taking their parents to.

Not to be confused with the operatic performance taking to the stage this summer, this production sees JM Barrie’s classic tale enter the West End in late Spring. While additional details about the play are thus far somewhat limited, you can expect the usual Neverland adventure.

Charlie and the Chocolate Factory

The adaptation of the 1964 book by Roald Dahl has recently seen an extension into June 2016. The production is as spectacular and grandiose as any others like it. The technical effects, however, don’t go far enough as to distract from the morality of the play – gluttony and the ramifications of it being a theme the director Mendes paints admirably.

The West End interpretation of the endlessly successful animated Disney film has been running for so long that parents are bringing their children to the same show they saw when they were in their youth. Perhaps it’s the show’s ability to appeal to its older audiences that has continued demand for tickets. 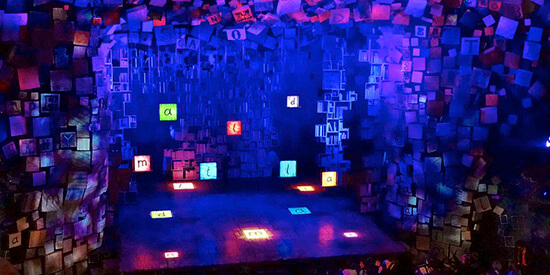 Roald Dahl’s work continues to make waves with this reimagining of his much-loved story. The musical’s lyrics have been written by musician and comedian Tim Minchin, with production in the hands of the Royal Shakespeare Company. Matilda has by far and large been a success, proving to doubters that neither the West End nor its musicals are dumbing down theatre.

Stomp has been going on for a while now but, if you’re unfamiliar with it, try not to be put off by the £50 ticket prices. Expensive they are for a 90-minute show, but the feel-good entertainment will keep you buzzing for a lot longer than that. Never have bin lids and broomsticks been transformed into instruments so well.

The Engish National Ballet will be putting on a child-friendly version of the fairy tale and, if their previous ‘My First Ballet’ productions are anything to go by (Cinderella, Sleeping Beauty), then there’s every chance this ballet will be of similar success. To aid kids’ understanding of the goings on, narrators take to the stage in order to exposit Tchaikovsky’s music.