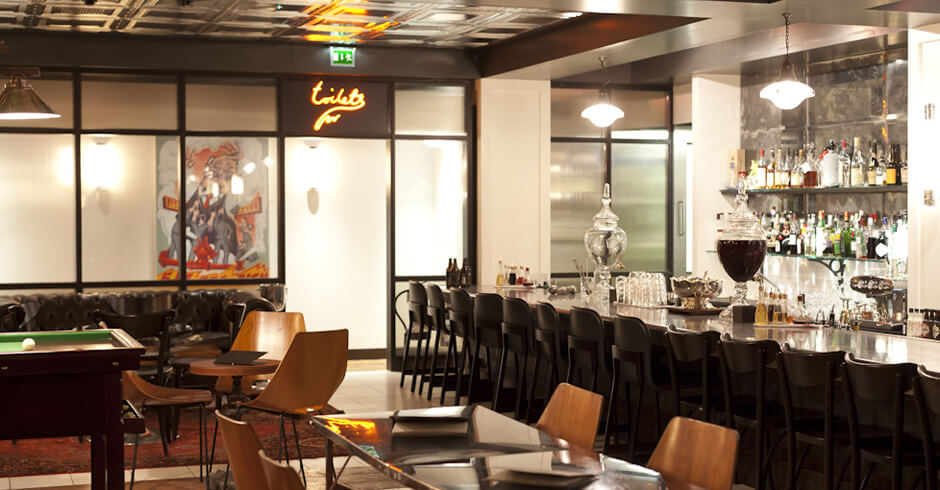 Square Meal has listed 69 restaurants in London’s West End. Trouble is, when you’ve got one show to watch on any particular night, how can you possibly choose between them? The answer is to go from one to t’other, but for those that don’t have quite the required time on their hands, we’ve rounded up a few suggestions you might like to take a look at.

If you’re seeing a…

For something that’s reasonably priced and is well equipped to cater for the kids just as much as thier parents, Mark Hix’s appropriately named ‘Hix’ in Soho might just do the trick. Seeing as Mr Hix has himself taken steps to help improve children’s menu selections, it would be amiss not to mention his endeavors.  If you’ve got any little ‘uns under the age of ten, then during certain times of the day they are entitled to eat free of charge. And, to help mitigate the potential faff of getting Jimmy to sit still in his seat for two hours, Hix has just the right tonic on its cocktail menu.

Alternatively, Barnyard, the very epitome of cheap and cheerful, is set in the charming rustic surroundings of a pseudo timber-framed barn, and just might be your plan B.

If you’re hoping to be splitting your sides later in the day, chances are you don’t want to be in too stiff a venue, nor do you want to be filled up and fit to burst. J Skeekey’s eponymous seafood joint is tucked directly behind Wyndham’s and the Noël Coward theatre, and while the opaque windows and tall, stony-faced doorman will have you thinking otherwise, it’s a fun place to be. Whether you want to dine al fresco or bring the kids along, the staff will look after you without looking over your shoulder every 30 seconds.

Many contemporary dramas out there provide fresh perspectives on old and traditional narratives, particularly because among various theatrical circles it’s thought the best has been said and done. Joël Robuchon, despite being one of the pioneers of molecular gastronomy, now works along a similar vein. That is, using ingredients that are known to work well together to create textures and flavours you might not have encountered before. Given that the decor of his Covent Garden restaurant is an accurate reflection of the food it provides with sleek, unintimidating surroundings, it seems you could have for the day a healthy slice of modern culture, all things considered.

If you’re going to spend lunch or dinnertime at Ramsay’s Savoy Grill, then you can be assured the only tragedy will take place on the stage. Similarly, Wild Honey is anything but a disaster, especially if you’re into extensively browsing wine lists. What’s printed on the bill often comes as a surprise, as you’ll rarely be paying more than £25 for a pre-show lunch.

Traditionalists rejoice – the West End does not just have a catalogue of plays that have stood the test of time, but a plethora of restaurants that have done the same. Very much tried and tested, popular chef Phil Howard has had his French/British establishment The Square in the heart of Mayfair for the best part of 25 years, and you’d be wrong if you were thinking it was for no good reason. Alternatively, it’s difficult to go wrong at Hawksmoor’s Seven Dials branch. Especially when it has arguably the best steaks in the West End, if not London.

What are the 20 Best Restaurants In London Right Now?