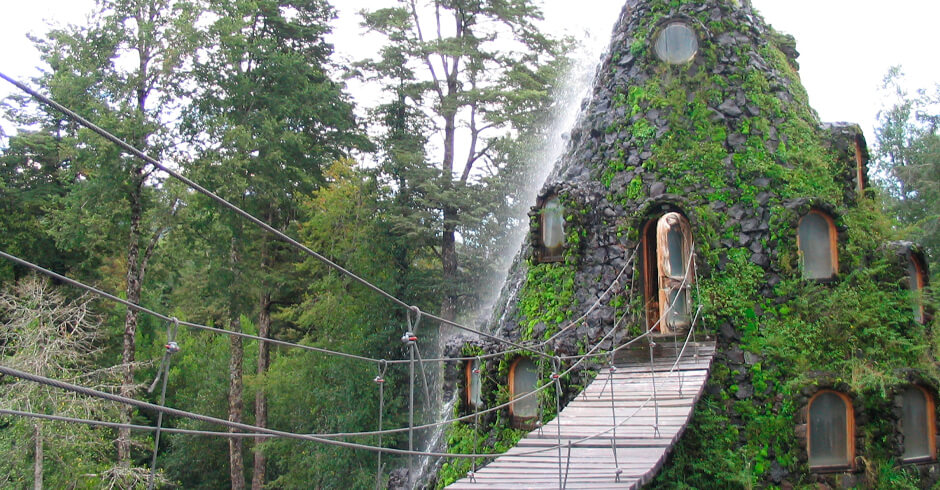 TRULY are the first to know a hotel should not be reserved exclusively for sleeping. Many glean their personalities from their vintage, or their service, or reputation, but there are quite a few in the world that stand out from the crowd thanks to their unique appearance. Some may be decidedly bizarre, but it doesn’t make us want to stay in them any less. Here you’ll find some of the most unusual places to stay around the world. 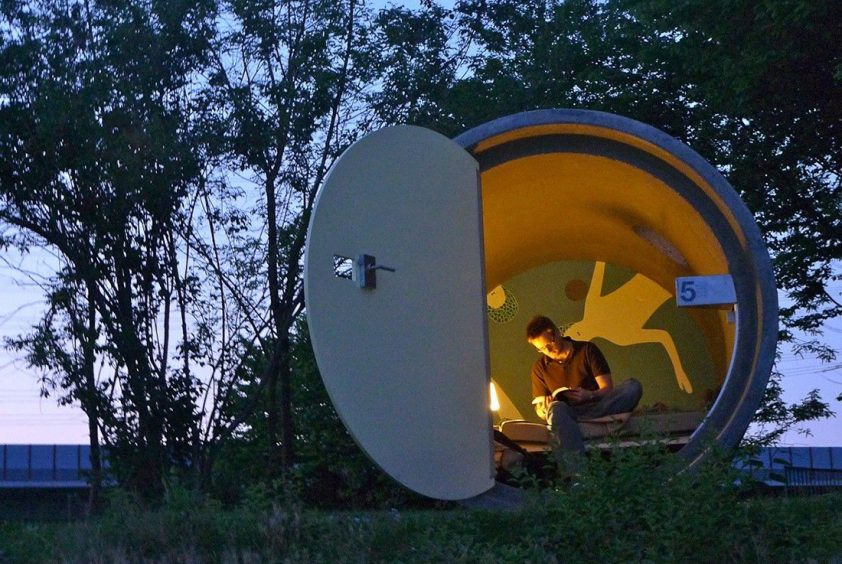 Thanks to Das Park Hotel, sleeping in the gutter now has a new meaning. Designers have taken five large sections of 9 and a half-ton industrial pipeline and converted them into habitable ‘suites’ in the middle of BernePark. 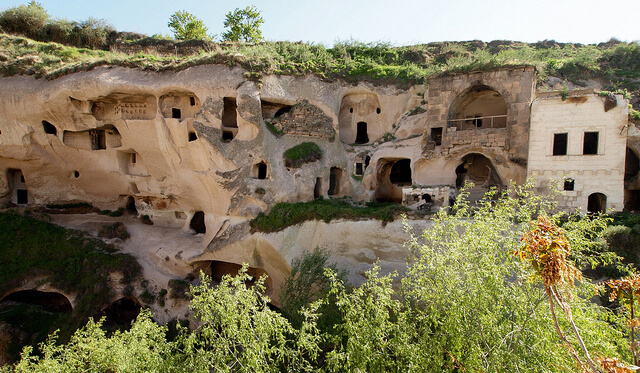 Gamirasu is a millennia-old cave hamlet turned holiday resort. According to Forbes, there’s no need for air conditioning, as the rooms are ‘cooled’ by volcanic rock. Rooms from £150. 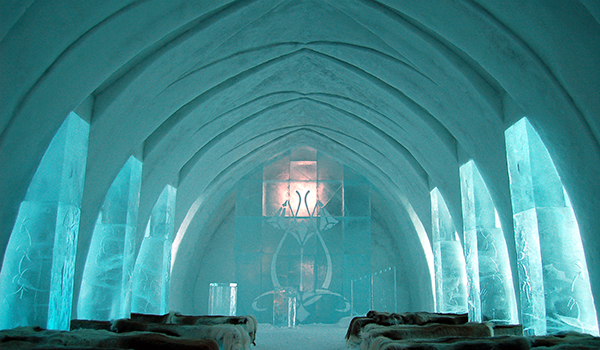 There aren’t many melting hotels in the world, and indeed Icehotel has to be rebuilt annually. Each year, highly skilled artists provide their own touch of flair on the structure, meaning it adopts a fresh aesthetic every time. Rooms from £215. 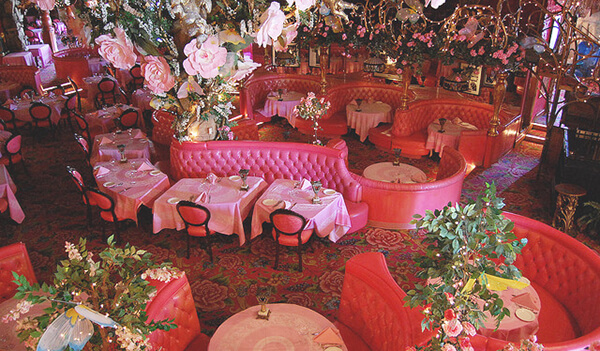 If you’re looking for eccentricity, you’ve found it. The Madonna Inn possesses an innumerable amount of rooms, each one with its own quirky personality. Think zebra-striped carpets, oak beams, and solid rock walls. Rooms from £106. 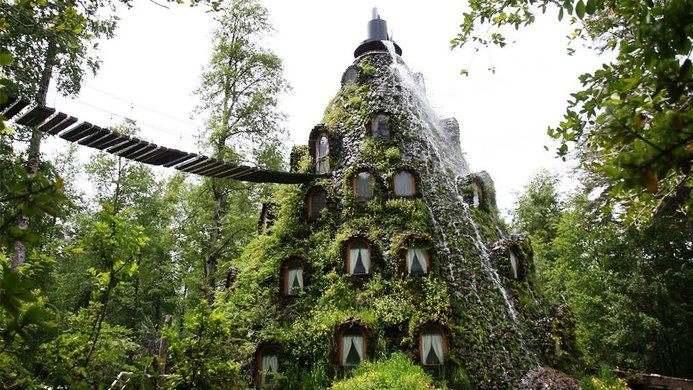 Handmade by local craftsmen, the ‘Magic Mountain’ lodge in the Huilo-huilo rainforest and biological reserve certainly lives up to its name. The secluded hotel’s defining features include a waterfall cascading down its side and flora covering every inch of its walls. Rooms from £90. 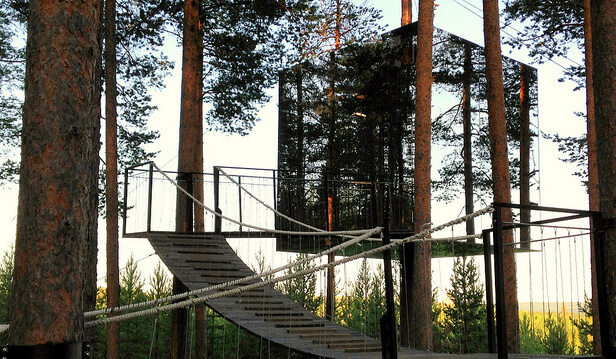 Contrary to what the hotel’s owners might tell you, the Mirrorcube has in fact transcended from another dimension. The mirrors are designed to act as a sort of camouflage, though what the hotel is hiding from in a remote forest in Sweden we don’t know. Prices from £350. 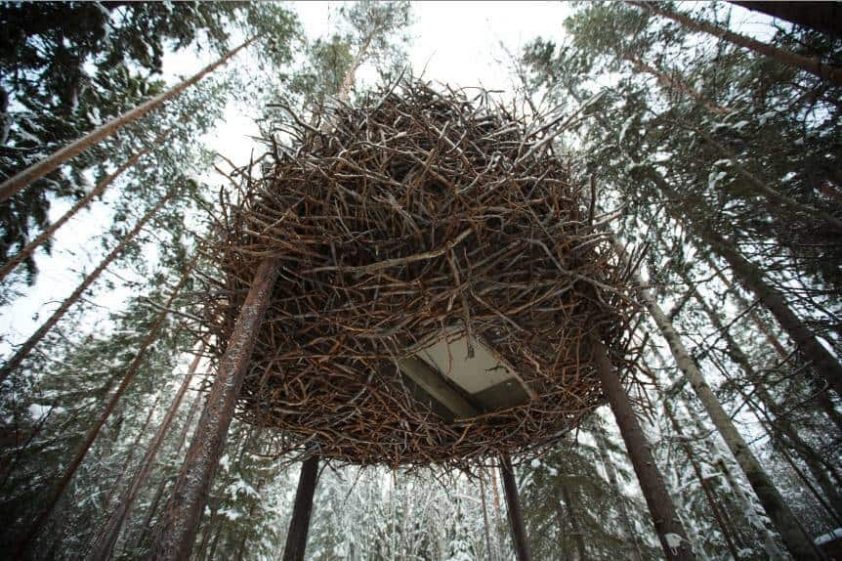 Yes, it’s yet another hidden gem nestled somewhere in Sweden. This one takes the appearance of a home to what would be the biggest bird anyone’s ever seen. One might find oneself admiring the view from the outside rather than in. Prices from £350. 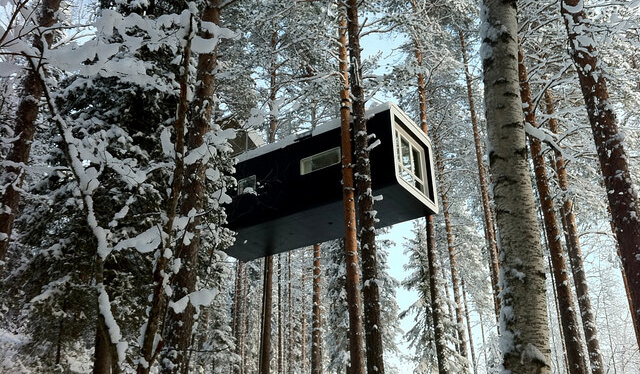 If you were in your late teens way back when, you’ll know tree houses were once ever-present in the early to mid-90s. Well, to the nostalgic delight of many, they’ve enjoyed something of a resurrection of late. Prices from £350.

Taking the shape of the incognito ‘geodesic’ shape, the Whitepod is your very own cosy alpine hibernation dome. With stunning views of white valleys and snow-topped peaks, the pistes are right on your doorstep. Prices from £404. 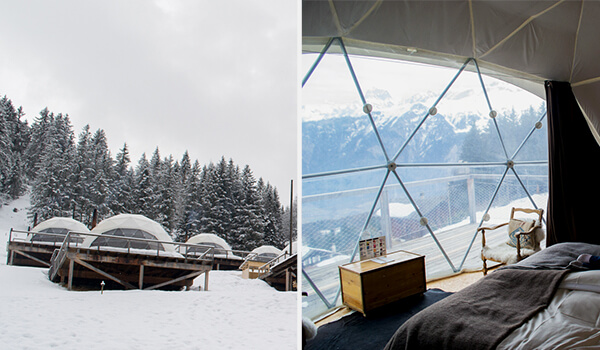