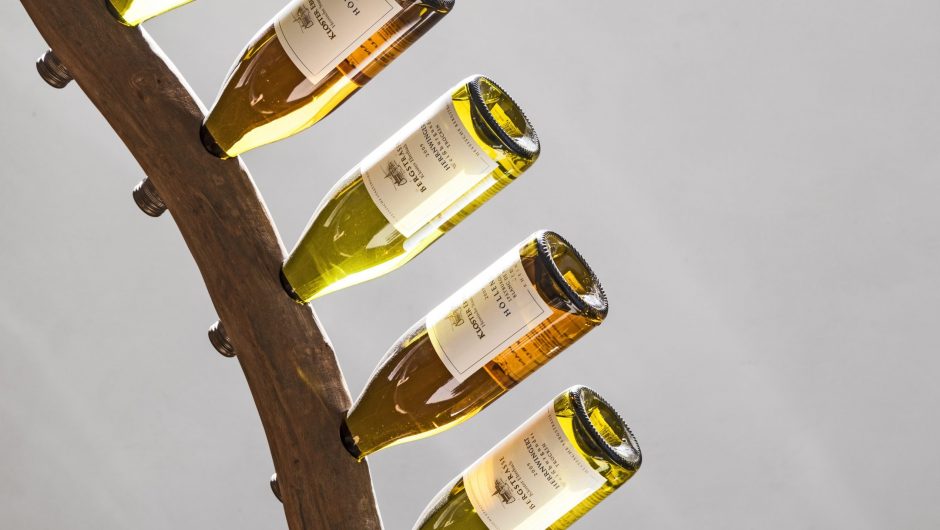 Sauvignon blanc, Chenin blanc and chardonnay are some of the more well-known white wine varietals that are commonly found on restaurant menus and in bottle stores. A lesser-known wine is Vermentino which is to be found predominantly in Italy. And we’re happy to report that this wine competes with the best of them.

What Is Vermentino Wine? 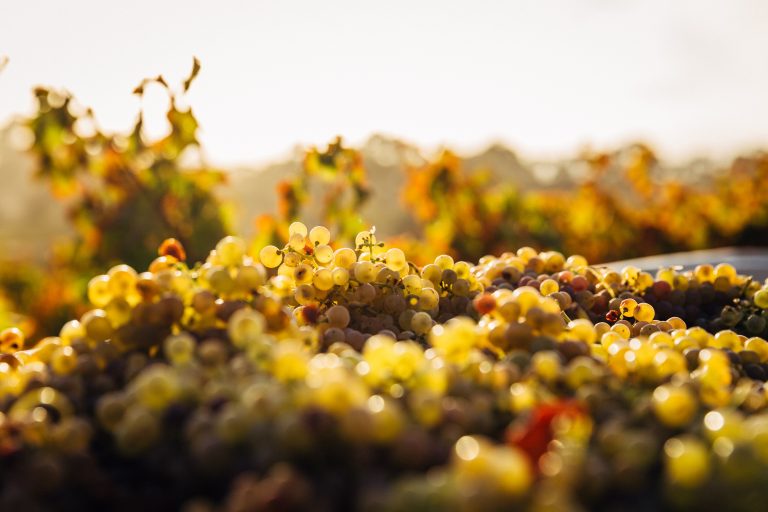 There are hundreds of white grape types which are planted throughout Italy. Many are indigenous to one region or even one small district. These varietals work well in their specific locales and tend to result in wines which have a special sense of place, dependent on factors such as climate, soils, and topography. Of all these white wines, possibly the one that is most perfectly suited to its settings is Vermentino, which is a dry white that is sleek, tangy and even a little bit sexy.

Vermentino wine is a light-bodied white wine and is similar in style to Sauvignon Blanc. As Vermentino is unknown, you can find quality wines for a great value.

Where Is Vermentino Wine From?

Vermentino is best known in Italy. Vermentino is found in three regions of Italy: Liguria, Sardinia and Tuscany. Here the vineyards are very close to the sea. To a lesser extent, the grape is known in France.

Significant plantings of Vermentino can be found in Sardinia, in the northwestern part of Italy, and the south of France. Outside of these primary regions, Vermentino is grown in several diverse regions internationally.

How Is Vermentino Wine Made?

Vermentino can be matured in steel vats, a process that enhances its organoleptic properties. Dependent on the winemaker, Vermentino wines may go through malolactic fermentation, in which bacteria are introduced into the tank to create a compound that is called diacetyl. Diacetyl alters the mouthfeel of the wine just slightly, making a rich, buttery, chardonnay-style Vermentino.

Vermentino is a light-bodied dry white wine that has a high amount of acidity. This mixture of factors results in a wine that has a pronounced dryness and strong bitterness. In spite of the acidity, the wine is also known for its distinctive oily texture.

Vermentino has pronounced flavours of pears, limes, and grapefruit. In addition, there are strong hints of tart Granny Smith apple. Also, it’s common to detect hints of almonds in addition to floral notes of daffodils.

Technically, there are two distinctive styles of Vermentino:

As we said before in this article, the creamy variety is created by adding a bacteria called Oenococcus Omni after the fermentation phase. This bacteria is responsible for breaking down the compounds that give the wine its dry tart notes. As a result of this, wines which have been treated with Oenococcus are creamy and rich.

Is Vermentino Sweet Or Dry?

On the palate, Vermentino is nearly always dry and slightly oily with flavours of grapefruit and citrus fruits, with a crushed rocky minerality and saltiness. On the finish, it may be a bit snappy with bitterness similar to the taste of grapefruit pith or, if it’s on the riper side, fresh almond.

How To Drink Vermentino 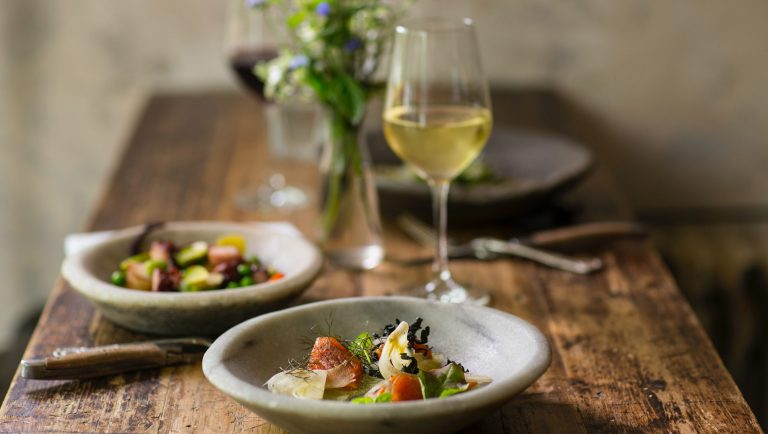 When pairing food with Vermentino, think fresh herb sauces, such as pesto; light, breezy rustic soft cheeses; and seafood. Though it exhibits light, citrusy flavours, a glass of Vermentino can be overwhelmed by overly acidic dishes. Here are three foods that pair well with Vermentino wines.

Vermentino is a phenomenal pairing for most seafood dishes, from newly shucked oysters and mignonette sauce to fried clams or battered fish tacos. The wine’s light salinity reminds you of the ocean, and mellow citrus notes won’t overpower even the most subtle preparations.

Vermentino has a reputation as being one of the few wines which pair well with artichokes which is a notoriously tricky task thanks to a compound called cynarin that makes dry wines sweet. Vermentino’s bitter, almond finish stands up nicely alongside grilled artichoke hearts with garlic aioli.

If it’s fennel-spiced pork sausages or a raw, shaved fennel salad with slices of green apple, Vermentino is among the few white wines that are rich enough to match the rich, liquorice tones of fennel without becoming muddy.

What Do You Eat With Vermentino Wine?

With crisp fresh young Vermentino’s you can serve:

The best of Vermentino wines range from $58 a bottle to $145 a bottle.

Where To Buy Vermentino Wine

There are a number of online stores and bricks and mortar shops where you can buy Vermentino wines at. Just search on Google for your nearest stockist.

What Is Vermentino Wine Similar To?

With its light to medium body, Vermentino has almost a similar weight and profile to Sauvignon Blanc, Pinot Grigio and Riesling.

In addition, Vermentino is quite similar to a traditional Chardonnay in that these two wines may share some citrus notes, however, Vermentino usually has more minerality – as well as even salinity. Most Vermentino wines will have a distinctive bitter finish that tastes like almonds.

So next time you see Vermentino on the shelf at the bottle store or on a wine list, try it. You won’t be sorry that you did!