Blog » Dining & Restaurants » Cuisines and Dietary Trends » Vegetarian » Veganism Statistics Japan 2022 – How many vegans are there? 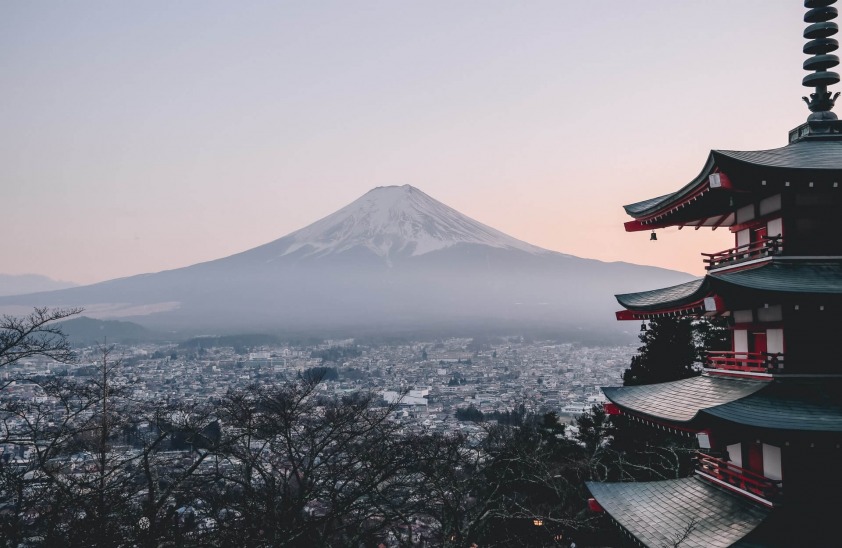 Japanese cuisine traditionally relies heavily on fish, seafood, and meat. Until quite recently, vegans in Japan and vegan visitors had a hard time finding vegan food. So, how is Japan faring in terms of veganism and a plant-based diet in 2022? Let’s dive in and have a look at veganism statistics Japan:

Let’s unpack some of the veganism statistics Japan.

How Many Vegans Are There In Japan?

For centuries, Japan had a vegan tradition based on Buddhist principles of shojin ryori. In fact, Japan banned the eating of meat around 700 AD. The ever-popular sushi of raw fish and rice came about as a result of this.

One study states that by the end of 2019, 2.1% of the Japanese population had transitioned to a vegan diet. This represents around 2.5 million vegans in Japan, a figure which doubled since 2017.

While in the West, where people opting for a plant-based diet do so for environmental reasons, the Japanese are more concerned about balancing calorie intake and eating healthily. Obesity levels in Japan are very low.

Given this, just how vegan-friendly is Japan for vegan tourists in 2022?

How Vegan-Friendly Is Japan?

According to some travel bloggers, vegan food is widely available in Japan ̶ if you know where to look.

Dry January Statistics: What to Expect In 2022

Vegan-friendly rice and noodles form the basis of many dishes in Japan. But there is often fish or meat in sauces and broths. Where the tricky bit comes in, is English is not widely spoken in Japan so asking for, or negotiating a vegan meal can be quite awkward for both parties. However, with rice and noodles and the wide variety of fresh seasonal vegetables, vegans have a good base to start with. Plus, more and more vegan foods and meals are becoming available in Japan these days.

Plenty of vegan food is available in the larger cities and urban areas such as vegan bakeries, vegan ramen, and even vegan sushi. It’s the rural areas of Japan where things get a bit more tricky. Fortunately, rural areas are quite small in this tiny island country.

Some observers say the best way to negotiate and find a vegan diet in rural Japan is to order ahead at a local temple, or ryokan. The monks at these temples are said to be very proud of the methods they use to produce vegan food with zero wastage.

In rural areas, the ubiquitous convenience stores dotted everywhere stock a wide variety of veggie snacks which is handy when you are desperate and your tummy is growling. There are rice balls (onigiri) in the cold sections, and fermented soybeans (natto) are sold in packages, but you’ll need to find the ones without the accompanying fish sauce. Here it may be useful to note that carrying your own soy sauce to flavour up some basics from the convenience store could be a good idea.

How Much Is The Japanese Vegan Market Worth?

Vegan cheese is big in the Japanese market. Retail sales of vegan cheese in Japan were around $10 million at the end of 2021 and are forecast to grow rapidly in 2022 as more people opt for a vegan diet.

Sagamiya Food, a tofu and vegan cheese company, has been in business for 60 years and is thriving under the new demand. The Japanese plant-based food market size is growing and is estimated at 24.6 billion Japanese yen. This figure is set to rise to 45.3 billion yen by 2023.

Japanese tourist authorities have taken note of the rise of veganism and vegetarianism in the West, particularly the USA, UK, Canada and Australia. They’re now working with the food service industry to develop and market more plant-based products to cater to the dietary requirement of visitors to Japan.

How Does Japan Rank In Catering For Vegans In Restaurants?

Like many Asian countries, Japan ranks lower than its Western counterparts in America and Europe when it comes to catering to vegans. But the Japanese market is rising to the challenge.

For example, only 2,100 retail food outlets and restaurants catered for vegan meals in Japan compared to more than 40,000 in America and Europe. 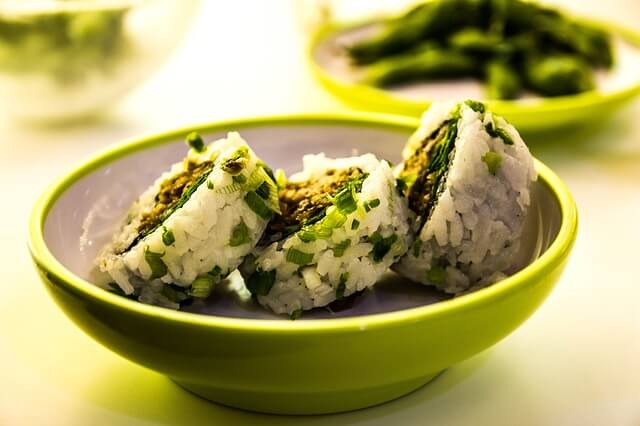 There are quite a few online stores selling and delivering vegan food in Japan. Luna Burger, Bio c’Bon, Tengu Natural Foods, and Ambika are just a few of the many.

Earlier this year, two Japanese food giants, 2 Foods and Kagome Co, partnered in producing a plant-based egg made from vegetables and legumes. These vegan eggs are used in the popular brand by 2 Foods’ of omurice dishes and sauces. Eggs are big in Japanese cuisine, so the development of a vegan egg is big news.

There are also a number of vegan ramen noodle brands such as Nissin Very Veggie Cup Noodles, Osawa Japan, and Sakurai Foods.

In terms of plant-based meat or protein meals, a soy meat keema curry by Japanese company Chaya Macrobiotics is widely available in supermarkets. Dried soya meat is also popular with Japanese shoppers and is commonly found in supermarkets. It just requires soaking in warm water before cooking as a protein, just like dried mushrooms.

So, does this mean that the Japanese are weaning themselves off Wagyu beef? The evidence does point to a shift towards more sustainable food production in Japan as more and more consumers are health conscious. The Japanese, like the Chinese, are very food safety conscious. Japanese consumers became even more wary of Western meat imports since Covid 19.

The Asia-Pacific is still the fastest growing market for meat alternatives. The Nikkei reports that the plant-based meat market will grow by 9.4% until 2025 in this region. Large Japanese food corporations such as Marukome Co (Miso), Itsukiya, Maison Genmai, Mos Burger, and Kabaya (soy jerky) have all launched vegan products and are continuously working on expanding their vegan offerings.

All in all, although up-to-date veganism statistics Japan are hard to find, the majority of the narratives indicate a growing interest in plant-based meat alternatives in the country.