Blog » Dining & Restaurants » Cuisines and Dietary Trends » Vegetarian » Veganism Statistics India In 2022 – How many vegans are there in India? 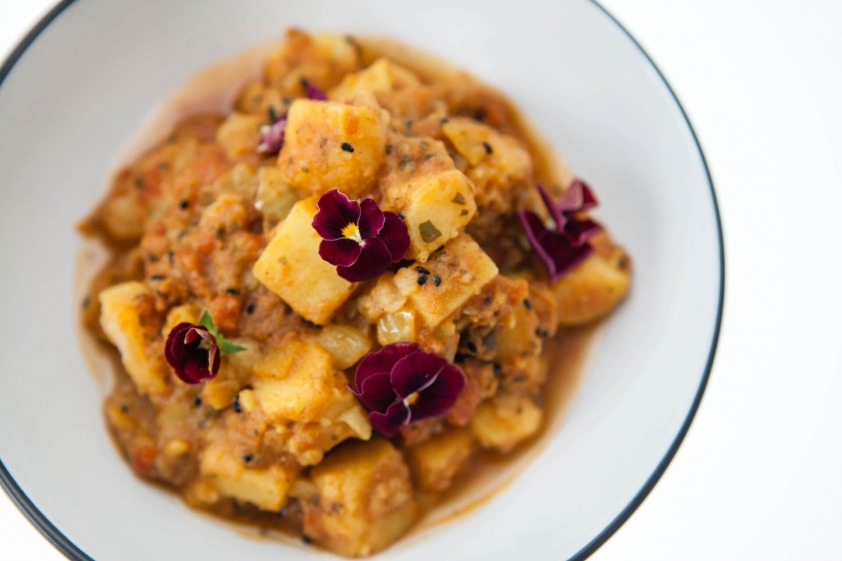 It’s no secret that veganism have spiked in popularity in the West during the last decade or so. The meat substitute market in the United States alone has generated $1.88 billion in 2022 and experts project an annual growth of 23.47%. But what does this mean for the rest of the world? Let’s take a look at veganism statistics India and see what the eating habits of this country are like:

If there’s one thing India is renowned for, it’s the cuisine. While many Indian recipes are meat-based, their unique and aromatic flavour profile has allowed them to venture into the world of vegan and vegetarian cooking for generations, without relying on meat for taste.

While vegan and vegetarian trends in the West tend to be motivated by environmental and ethical concerns, Indian veganism and vegetarianism are typically rooted in culture and religion. Due to this, India has the highest reported proportion of vegans and vegetarians by population. Roughly 40% of Indians follow a meat-free diet, which is an astonishing 25% higher than its closest runner-up – Germany.

In this article, we take a more in-depth look at veganism statistics India and dietary trends in recent years.

How Many Vegans And Vegetarians Are There In India?

India has the second highest population by a narrow margin. As of 2022, there are 1.4 billion people living in India, second only to China whose population sits at 1.45 billion. 24% of the Indian population is strictly vegetarian, 9% is vegan, and 8% is pescatarian according to recent surveys.

10 Best Vegan Restaurants In Edinburgh In 2022

This means that there are a staggering 574 million Indians who follow a meat-free diet, which is more than the total population of the United States and the United Kingdom put together.

This trend is nothing new. Due to the dietary restrictions in Hindu culture. Even among the meat-eating Indian population, eating red meat is extremely uncommon.

What Factors Are Responsible For The Large Meat-Free Population In India?

In recent years, the fight against climate change and the unethical treatment of animals in factory farms has led to a dramatic increase in veganism and vegetarianism worldwide. The Western world is waking up to the dangers of mass meat consumption, and many are turning to meat substitutes as a way to ameliorate the harmful impacts of the global meat industry.

From plant milk to soy burgers, vegan and vegetarian alternatives are cropping up all over the place. Even McDonald’s has gotten wise to the trend, having introduced a 100% vegan burger as a permanent menu item.

India’s dietary trends, however, are largely informed by long-established cultural guidelines that strongly encourage vegetarianism and the avoidance of red meat.

All of the dominant religious groups in India, apart from the Christian population, have fairly strong views on meat consumption. Hinduism, which takes a strong stance against the consumption of beef, is by far the most prevalent religion among the Indian population. There are just under 1 billion practising Hindus in the country.

Other religious groups such as Islam and Jainism are fairly widespread in India, although not nearly as large as the Hindu population. The Islamic faith has strict rules against the consumption of pork, while Jainism preaches the virtues of vegetarianism.

Due to the heavy religious influence on Indian dietary trends, even those who do not identify as practising religious citizens grow up in households that inform eating habits from early childhood. With the availability of vegan and vegetarian cuisine as well as the cultural taboo on eating certain meat products, it is simply easier for non-practising Indians to follow a meat-free diet.
How Do Indian Dietary Trends Compare To The Rest Of The World?

India is by far the most vegetarian country in the world. With 40% of its population following a meat-free diet, it is an outlier in terms of vegetarianism. Even though vegetarianism is more common than veganism in India, the vegan population is still higher than most.

However, India may yet be usurped as the number one vegetarian nation in the world. Veganism in the United States jumped from only 1% in 2014 to 6% in 2017. In the United Kingdom, the vegan population has more than tripled since 2014. With this level of growth, India may not hold the highest proportion of vegan and vegetarian citizens for much longer. 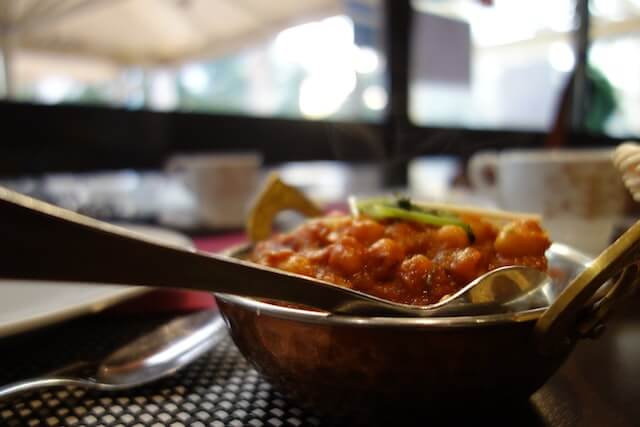 How Vegan And Vegetarian Friendly Is India?

India is an incredibly popular destination for tourists. Its lush natural landscapes, bustling cities, cultural heritage, and of course, amazing food draw travellers from all over the world to visit the country every year.

However, you might be wondering just how easy it would be to travel as a vegan or vegetarian in India. Well, thanks to their cultural emphasis on vegetarianism, veganism statistics India show that it’s probably easier to be vegetarian in India than it is in your home country.

There are thousands of vegetarian restaurants listed in India, with particularly high concentrations in popular tourist cities like Rishikesh, Mumbai, and New Delhi.

4 Things You Didn't Know About The World's Top Mansion Hotel

It may be slightly trickier to navigate India as a vegan. Ghee and paneer are quite popular ingredients in Indian cooking, both of which are dairy products. However, you can still find a fairly high concentration of purely vegan restaurants in Mumbai, and a smaller scattering around the rest of the country.

If you’re struggling to find a vegan restaurant in India, you can always visit a supermarket to pick up some ingredients from India’s top vegan home-cooking brands.

All told, India is a place of high interest for any supporter of the meat-free movement. You may even wish to incorporate some Indian recipes into your repertoire to introduce some unique flavour into your vegan and vegetarian dishes. While the motivation for veganism and vegetarianism is certainly different in India as compared to the West, they have been doing it successfully for countless generations. That concludes our veganism statistics India analysis.

Check out our other blogs on veganism and vegetarianism in the UK to see how other countries compare.