Blog » Dining & Restaurants » Cuisines and Dietary Trends » Vegetarian » Veganism Statistics China 2022 – How many vegans are there in China? 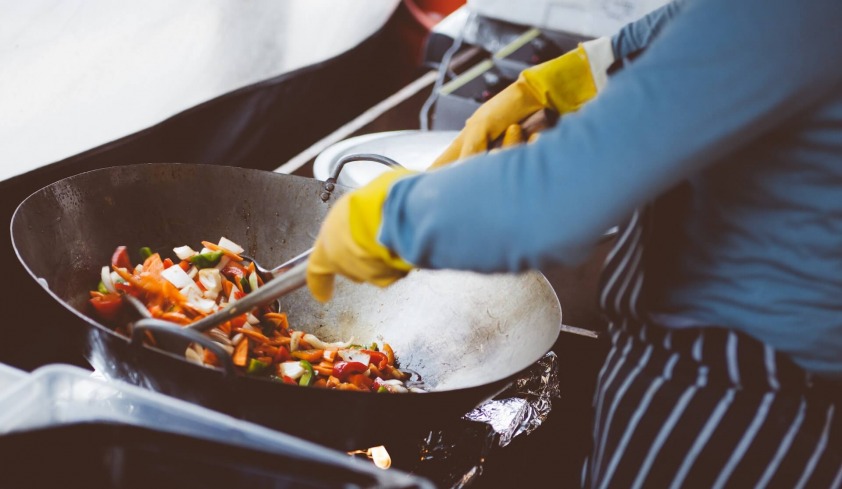 China’s vegan and plant-based protein industry is growing fast, and this lifestyle is becoming increasingly popular around the country. Veganism statistics China shows the trend being adopted at a rapid rate:

The growth of the vegan market is being spurred on by increased urbanisation. Additionally, an ever-increasing number of young Chinese people are opting for plant-based meat due to food safety, health and environmental concerns.

Veganism is becoming de rigueur in the rest of the world too, with most restaurants and takeaways offering vegan and vegetarian options on their menus. See some of our other articles on vegan stats for India, UK and USA.

Keep reading to find out more about the latest veganism statistics for China and what’s driving the demand for alternative plant-based meats.

How Much Of China Is Vegan/Vegetarian?

While meat is now considered a staple by many Chinese, many of the younger generations are willing to try alternative meat products and incorporate them into their daily diets.

How Vegan-Friendly Is China?

The larger cities in China, such as Beijing, Hong Kong, Shanghai, Shenzhen, Guangzhou and Chengdu all have supermarkets stocking vegan products. These cities are also home to restaurants with vegan-only or vegan options on their menus.

Hong Kong alone boasts over 70 Michelin-starred restaurants, just about all of which offer vegan options. Cities such as Beijing and Shanghai are not far behind either. But in the 34.4% of China that is rural, vegans might find it difficult to buy or source plant-based protein. In the very poor provinces such as Xinjiang, Gansu, and Yunnan, it could be nigh impossible.

For the vast majority of urbanised middle-class Chinese, sourcing vegan products will not be a problem in major cities. So, one could argue that China is vegan friendly with the exception of the deeply rural areas.

With regular reports on China’s changing food habits and concerns with food safety, let’s consider some of the factors driving these trends.

Factors Responsible For The Rise Of Veganism In China

The massive urbanisation and economic growth in China have seen a growing middle-class who can afford to make alternative food choices. More and more young people are watching what they eat, reducing calories and gravitating toward a plant-based diet. Young people want to feel good about what they eat and are conscious of environmental and sustainability issues.

Veganism and/or vegetarianism is a choice people can make to do their bit for a greener planet and to combat climate change.

The Chinese are very aware of food safety issues too. This awareness follows the earlier decimation of the country’s pork industry by African Swine Flu, Avian Flu outbreaks and the melamine infant-formula scandal a few years back. They have experienced and witnessed through the media how zoonotic diseases spread rapidly by industrial-scale production of meat and dairy due to large populations of animals corralled together.

The Coronavirus pandemic has also boosted health and food safety concerns not only worldwide but also in China. Especially considering that research now concludes that the virus originated in a Wuhan wet meat market.

Another factor is China’s long history of Buddhist beliefs. This tradition has resulted in most Chinese understanding and having internalised Buddhism’s respect and compassion for all living things. Also, “mock meat” has been widely consumed by Buddhist adherents since the Tang dynasty.

There is also a growth in animal rights activism, despite China being authoritarian. Animal activists have succeeded in banning the sale of dog meat and reforming animal testing regulations.

An additional factor is that because Chinese cuisine does not rely on large amounts of dairy, making the choice to be vegan is not a difficult one in terms of drastic dietary changes. Staples in Chinese cuisine include cabbage, soy milk, fermented bean curd or tofu and street food such as sweet potato and corn dumplings.

While most Chinese do not identify as ovolacto vegetarian, vegan or pescatarian, it’s interesting to note that the majority of Chinese have consumed plant-based meat, and have been doing so for a while now.

The growth in the number of Chinese people moving toward a vegan diet is not surprising given the surge in alternative meat products currently available in China. 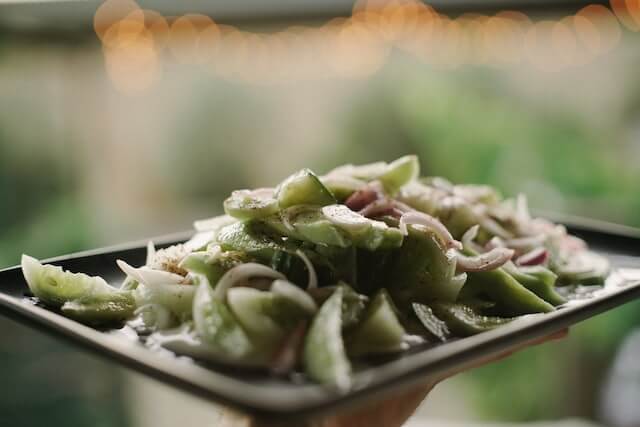 How Does China Rank In Veganism In Terms Of Restaurants And Availability?

Veganism statistics for China estimate that only 5% of the country’s massive population is vegan. On the other hand, there are plenty of Chinese traditional dishes that only use vegetables and other plant-based food. For a long time in Chinese society, meat was a scarce treat and most people ate a diet based on grains and vegetables.

These days there are more and more restaurants, supermarkets and takeaways offering vegan options. In large cities and urban areas, vegans and vegetarians should have no trouble sourcing plant-based food.

China is the world’s biggest consumer of protein by both value and volume. This is not surprising, given its massive population. It’s estimated that China will account for 35% of the global protein market by 2025.

These figures debunk the myth that it is hard to be a vegan in China. The Chinese plant meat market currently sits at $1.44 billion and is expected to continue growing. The Asian consulting group also states that China is a major exporter and processor of plant-based meat.

With this surge in the production of plant-based meats, let’s take a look at some of the Chinese vegan brands currently available.

There are quite a few growing vegan brands in China. Here are a few:

Hero Protein, an alternative-meat company based in Shanghai, has developed vegan beef and chicken products and is currently working on a plant-based fish offering.

In addition, the third largest fast-food company in China, Dico, has launched vegan chicken nuggets and burgers. Recently Dico has partnered with another meat-free brand, Starfield, which is said to be the fastest growing plant-based brand in China. Starfield recently raised $100 million to develop plant-based products.

Dico’s products are made from soybeans, wheat and peas which are GMO-free, an important factor in a population that is hyper-aware of food safety issues.

Other brands such as Zhenmeat are tailoring and marketing their products to suit Chinese food styles such as stir-fries and dumplings.

Additionally, the large multinationals are capitalising on the increased interest in vegan products with Starbucks, KFC, Nestle and Cargill now offering vegan and plant-based products on their menus.

With the rise in interest in plant-based proteins globally and in China, vegan products have a bright future. Veganism statistics for China highlight this point clearly.

Market research company, Euromonitor, states that China accounts for more than 70% of the plant-based meat market in the entire Asia-Pacific region.

It estimated the market size at $163 million. Although the Chinese government is starting to fund and recognise the role that start-ups can play, the country lags behind in the technological innovation that is taking place in the West. This is a risk which makes China’s plant-based meat producers reliant on expensive partnerships with multinationals.

But China is fast catching up. The government has included “future foods” in its agricultural road map for food security.

Some market watchers such as chemical giant Dupont predicted two years ago that China would be one of the fastest growing global markets for plant-based proteins with an increase of 200 % over the next five years. Based on the current veganism statistics China, this could well happen!