Blog » Dining & Restaurants » Cuisines and Dietary Trends » Vegetarian » Veganism Statistics Austria 2022 – How many vegans are there? 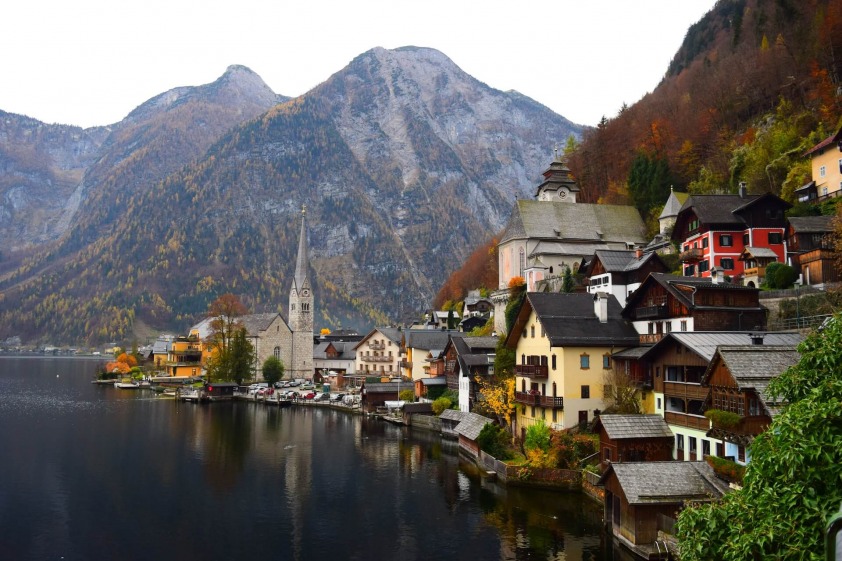 Europe is one of the fastest-growing regions for veganism, and Austria is somewhat surprisingly leading the way. A quick look at veganism statistics Austria reveals plenty of food for thought:

The Rise of Plant-Based Lifestyles in Austria

With close to 200 listings for vegan and vegetarian dining options in Austria in 2022, it’s safe to say that this diet choice is enjoying a surge in popularity. Graz, Salzburg, and Vienna lead the way, but most towns have at least a single eatery available. Smart Protein Project revealed that the sale of plant-based food in Austria between 2018 and 2020 grew by almost 60% and sales volumes grew by more than 50%.

The Austrian Vegan Society was founded in November 1994 and is steadily recruiting new volunteers and ambassadors each year. They boast partnerships with companies like The British Dietetic Association, Ecotricity, Food Matters Live, Hospital Caterers Association, and Vegan Organic Network.

The fact that Austria has some of the strictest Animal Protection laws in the world no doubt plays a significant role in the decision not to eat them. Cruelty against animals is taken very seriously and violators are fined heavily.

Observers suggest that Millennials are the main drivers of the global shift away from the consumption of animal products. This generation is normalising plant-based diets and is increasing consumer demand for these types of products. But the movement is bigger than any one generation. There are numerous celebrities, athletes, companies, and even entire countries leading the change.

Vegetarian and Vegan Options in Austria

Google Trends search data reveals a worldwide increase in interest in veganism between 2004 and 2022. Austria is included in the top regions. Earlier this year, a survey was undertaken by the dating app OkCupid and it found that 90% of users cite climate change as an important factor when it comes to matches. As far back as 2016, Allied Market Research showed that Europe was the largest market when it comes to the creation and consumption of meat substitutes. It accounts for nearly 50% of global sales!

This means it’s a no-brainer that there are several top vegan- and vegetarian-friendly restaurants in Austria. The list includes:

The LaLa, Vienna
Dishes are prepared freshly each day and look as wonderful as they taste. Patrons can enjoy botanical lattes and teas, gluten-free desserts, The LaLa’s signature mac ’n cheese, salads, and sandwiches.

GustaV, Salzburg
The first vegan café and bistro in Salzburg, you can dine on sandwiches, soups, salads, and a range of traditional Austrian dishes here.

UK Father's Day Statistics & Trends 2022 - How Much Are Brits Spending?

With veganism statistics Austria showing that percentages of vegan and vegetarian consumers ranging from between 5% and 10% (depending on where in Austria you are), it’s unsurprising that the country’s own vegan brand, Vegavita, is experiencing massive growth. Operating since 2002 and providing plant-based products in multiple supermarkets, its vegan range has nearly tripled since its relaunch in 2015.

There are currently 90 different products available and this list is constantly being added to with more alternatives. Using ingredients like almonds, coconut, soy, and wheat, the meat/fish analogues available include beef, chicken, and pork. Whether you’re looking for burgers, ice cream, milk, nuggets, salami, or sausage alternatives, this brand has got it.

What Does the Future Hold?

Although less than 1% of the world is currently vegan, things are changing. The above veganism statistics Austria reflects this. Compared to the vegan stats in UK, veganism is really taking shape in Austria.

Current projections tell us that the vegan food industry will exceed $30 billion by 2026 and this is evidenced by the rise of plant-based products being more readily available. Supermarkets are starting to increase their stock of vegan foods and bistros, cafés, delis, and restaurants are adjusting their menus to meet demand.