Blog » Dining & Restaurants » Cuisines and Dietary Trends » Vegetarian » Veganism Statistics Australia 2022 – How many vegans are there? 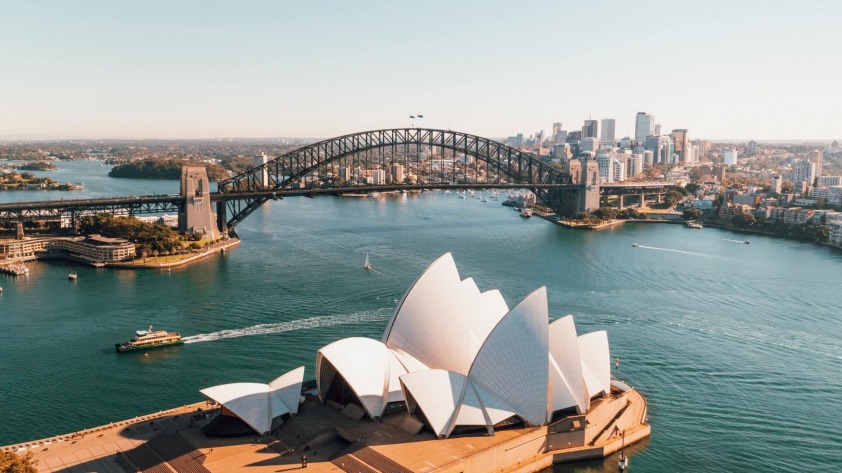 In Australia and across the world, the number of vegans and vegetarians is continuing to rise. Whether for ethical, political, environmental, religious, or economic reasons, more and more people in Australia are choosing plant-based and meat-free diets and lifestyles. Here is our round-up of veganism statistics Australia:

Celebrity vegans, from actors to musicians to chefs, have played no small part in bolstering veganism statistics Australia, popularising this lifestyle choice in a country that is strongly orientated towards meat-eating.

This year, the numbers of Australian vegans and vegetarians reached a new high, as has been the trend for the last three years. Veganism statistics in Australia shows a strong national vegan culture that is linked with animal rights activism, coupled by a wide array of plant-based alternatives available in supermarkets. There are even vegan music festivals in numerous Australian cities, and you can find delicious, thriving vegan food centres in major cities in every state and territory.

How Many Vegans And Vegetarians Are There In Australia?

Research suggests that there may be up to 2.5 million vegans and vegetarians in Australia in 2022, with roughly half a million people describing themselves as strict vegans. This is a sharp uptick from the previous survey conducted by the Roy Morgan research group, which showed 9.7%, or 1.7 million Australians, in 2012.

There are several vegan celebrities in Australia, particularly celebrity chefs, who have played a significant role in bringing plant-based lifestyles into the mainstream of dining and food culture.

Chef Alejandro Cancino, Chef Shannon Martinez and her business partner Mo Wyse have established several successful vegan establishments. But perhaps the two most famous Australian vegans are Chris and Liam Hemsworth, who have both made vocal commitments to fighting animal cruelty.

The actresses Portia de Rossi, Teresa Palmers and Isabel Lucas are all reported to have dropped meat and dairy products from their diets. There are also famous vegan musicians, such as DJ Tigerlily and Ruby Rose, who have headlined at major vegan cultural events.

How Much Of Australia Is Vegan or Vegetarian?

Veganism statistics Australia recently released by Finder.com show that a noticeable 6% of the population Down Under now identify as vegan. Twice that number describes themselves as vegetarian. Interestingly, the numbers differ considerably across the nation.

Vegan and vegetarian numbers in New South Wales and Victoria in the east tallied 28% and 26% respectively, whilst South Australians came in at 15%. The figures for men and women were similar, with only a two per cent difference in favour of women vegans, but when the results are strongly divided in terms of age.

Factors Responsible For The Rise Of Veganism In Australia

Interestingly, among those surveyed by Choice.com, 55% of those who followed a meat-free diet said they had made the change within the last five years. This suggests that the consumer and lifestyle preferences in Australia are changing rapidly, and young people are predominantly responsible for driving the change.

As we’ve already mentioned, there are a lot of famous vegans on Australian screens, and the impact of that kind of exposure for the cause cannot be overstated.

When interviewed by The Guardian, many people who changed to veganism later in life said that veganism had become a lot more convenient and also cited the variety of options available for plant-based living. This anecdotal evidence suggests that vegan brands are gaining a significant market share, and this could only be because of more conscious consumption on the part of Australians. These recent changes suggest that people’s individual choices are having a significant impact on the national food and drink industries.

The publication of the Modern Australian Vegan Cookbook in 2018 has also had an influence on consumer choices in the country, making it easier for people to prepare tasty and healthy vegan meals.

Is Australia The Most Vegan Country?

India is the most vegan and vegetarian country in the world, by quite a sizable margin. Data suggests that Australia has a very high number of ‘flexitarians’ – people who mix meat, dairy, and plant-based alternatives, but the numbers of actual vegans and vegetarians in the country are quite low. In terms of population percentage, Australia has the third highest percentage of vegans per capita, after the United Kingdom and India.

Veganism Statistics Sweden 2022 - How many vegans are there?

Data collected by MyVegan Australia showed three major vegan hotspots in Australia. Evaluating all major Australian cities in terms of vegan-friendly restaurants and cafes per capita and vegan-related search data on their website, they found that the Sunshine Coast, Gold Coast, and Sydney areas were the hottest vegan spots in Australia. All three are coastal cities and two of the trio are in Queensland.

Perhaps the clearest litmus test of veganism’s prevalence in Australia can be found in economics and the willingness of companies to invest in plant-based alternatives.

Firstly, Mcdonald’s is trialling their McPlant burger in 270 Queensland outlets, but with the caveat that it is not suitable for strict vegans. This suggests the willingness of Australians to consume plant-based meat alternatives. Secondly, Qantas is preparing to debut “fake meat” in their lounges and in-flight meals. Thirdly, the popular hotel chain Selina has begun offering plant-based alternatives to all of the items on its menu. 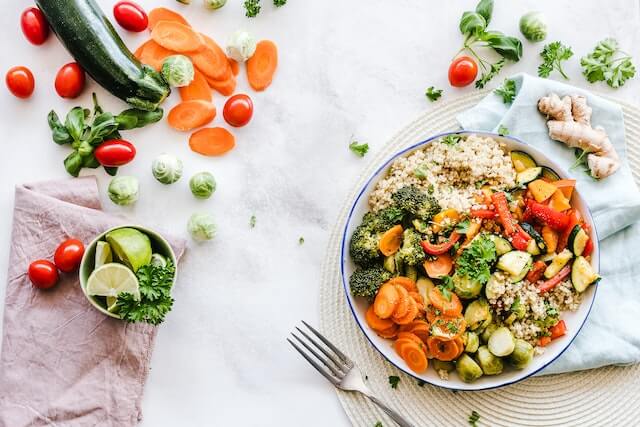 How Vegan-Friendly Is Australia?

Unfortunately, veganism has also received a lot of negative press, and prominent vegans have received backlash for their activism. OnlyFans star Tasha Peterson, who uses her platform to vocally criticise the meat and dairy industries, has experienced a lot of unfavourable publicity and become a target of militant omnivores. She received death threats after confronting a horse and carriage driver in Melbourne and publicising the event on social media.

Veganism in Australia is also quite expensive, and some people have reported this as a deterrent. Consumer research information indicates that affluent and upwardly mobile urban dwellers and social minorities such as the LGBTQ+ community are most willing to fork out the extra cash for an ethical consumer lifestyle.

Anecdotal research conducted by The Guardian suggests that there is also a growing appreciation of plant-based foods and drinks in Australia, particularly amongst the older generations, and many interviewed cited the convenience of these products, which were not available when many consumers were younger and the push towards meat- and dairy-free lifestyles first gained traction in the 1960s and 1970s.

Moreover, the Australian meat industry has been lobbying heavily to characterise the presence of plant-based meat alternatives on supermarket shelves as ‘confusing’ to consumers. Lobbyists for major dairy and meat companies submitted to the Senate that the labels of their products should be protected and that companies that manufacture and distribute plant-based alternatives should not be able to use words like ‘milk’ and ‘burger’ to label or describe their products.

Fortunately, this bid was rejected by the Australian Competition and Consumer Commission, who stated that they “had not received information that demonstrates that the labelling of plant-based substitute products is an issue causing consumer detriment”, despite their best efforts to drum up publicity to that effect.

Nowadays, vegan food is everywhere and for everyone, especially during the COVID-19 pandemic. Supermarket chain Woolworths reported that there has been a 50% increase in demand for its plant-based products in recent years. While the Woolworths website offered 550 vegan products in 2019, today the site boasts 1800 vegan products for sale, and Cole’s Own reported having 1100 plant-based products on their digital shelves this year.

You’ll be happy to hear that your favourite yeast-based savoury paste – Vegemite – comes in a vegan-friendly alternative. It also might surprise you to know that Oreos are entirely vegan, sans the milk-dunking part. You’ll be happy to hear that all of Australia’s major supermarket chains Woolworths, Aldi, and Coles all stock their own branded vegan meals and plant-based foodstuffs, and IGA and Foodland have been known to stock meat and dairy alternatives.

Australia has several speciality vegan supermarkets. The Vegan Grocery Store has outlets in Sydney and Melbourne; Sydney has the plant-based lifestyle emporium All About Empathy, and Brisbane has The Green Edge.

Fast food in Australia has been very accommodating to vegan customers. This year, both Dominos and Pizza Hut expanded their vegan menus to encompass not just vegan cheese but also vegan pepperoni and vegan buffalo chicken.

All in all, the veganism statistics Australia show that this lifestyle is on the rise, and plant-based diets are here to stay.