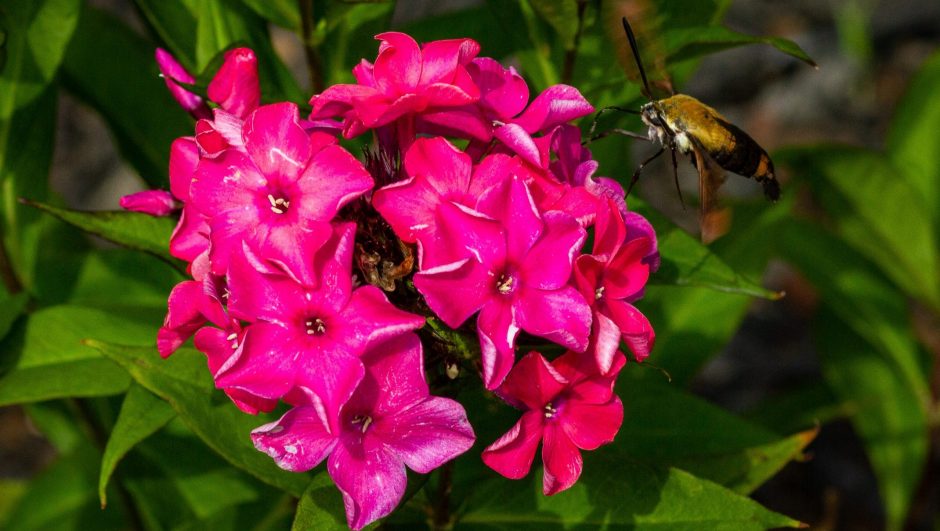 Phlox is a beautiful flowering plant and favourite addition to gardens around the world. It can be grown as a perennial or as an annual and belongs to the Polemoniaceae family.

If you are eager to grow phlox in your garden, you’re in luck. There are more than 50 different varieties of this stunning plant to choose from, each with its own colours, sizes of blooms and unique foliage. Some can be found wild in their native habitats around the United States and Canada, and others have been bred specifically for planting in suburban gardens in a range of zones.

Phlox plants produce a wide variety of brightly hued blooms that can range from pale blues to bright pinks and deep maroon.

Most phlox plants fall under one of two categories: garden phlox or creeping phlox. Both types are grown mainly between hardiness zones 3 and 9, but this can fluctuate according to whether you’re growing the plants as annuals or perennials.

This plant is the beginner gardener’s best friend, as it is fairly easy to grow and doesn’t require much specialized attention and care.

There are dozens of different species and cultivars of phlox plants that you can consider adding to your garden. These are some of the most popular (and eye-catching) types to investigate! 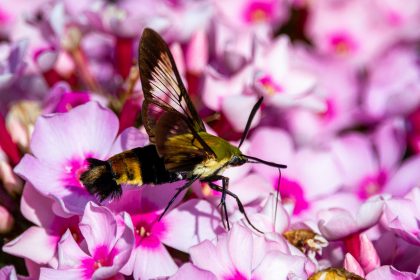 This variation of phlox presents delicate blooms with star-shaped petals, which appear from late March up until May each year.

Creeping phlox grows to be around 4 inches tall and prefers well-draining soil that receives full sun throughout the day. This variation is popular among gardeners who are looking to attract butterflies.

Growing Snapdragon Flowers: How To Plant & Care For Snapdragons

Phlox subulata is a Polemoniaceae species that includes moss phlox, creeping phlox, moss pink, and mountain phlox. It is native to central and eastern parts of the United States and grows to about 5 inches in height.

It’s an evergreen perennial that forms cushions of furry, linear leaves, as well as five-petalled flowers in shades of rose, blue, mauve, white and pink. Phlox subulata blooms from late spring to early summer each year.

This type of phlox has been a summer garden mainstay for hundreds of years. Phlox paniculata is loved for its slender stems, stunning clusters of blooms, and low maintenance requirements.

Garden phlox has a long flowering period compared to other phlox variations; its first blooms open each July and tend to linger until September each year. There are also tons of Garden Phlox cultivars to choose from, boasting blooms in nearly every shade of the colour wheel! 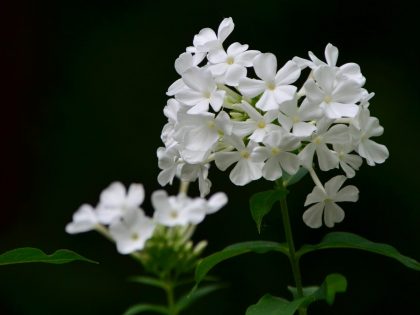 Garden phlox is a general term for Phlox paniculata, which is also sometimes called fall phlox. Some even refer to it as summer phlox or panicled phlox. It’s cultivated extensively as an ornamental plant and gained its name from being simple for gardeners of all levels of skill to grow and care for.

Phlox stolonifera includes both creeping phlox and moss phlox varieties. These plants are perennial, herbaceous, stoloniferous species that are native to the Appalachian Mountain woodlands. Their habitat stretches from southern Pennsylvania to Northern Georgia in the US.

Naturalized populations have also been found as far north as Quebec in Canada. Phlox stolonifera’s flowers are pale pink, pale purple, or white, and they lack the distinctive central colour band that Phlox subulata blooms produce.

What Are The August Birth Flowers? Meaning Of Gladiolus & Poppy

Also known as northern phlox, this wild species is native to Oregon, US, and also grows in the northern Coast Ranges of California in wooded and forested mountain habitats. This herbaceous perennial grows up to 1 foot tall and produces dainty clusters of five-lobed pale pink and white flowers in late spring to late summer.

Moss phlox is an easy-to-grow perennial native to the US. It gets its name from its ability to cling to steep riverbanks, grow comfortably against rocks, and cascade beautifully over rock walls without much supervision from gardeners.

This is an evergreen species with dark green, prickled leaves and flowers that come in shades of blue, red, white, pink, purple, or striped colour variations. The plants can grow 6 inches tall and require full sun and good drainage to thrive. 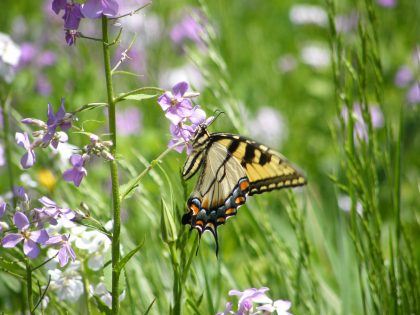 Phlox divaricata is a variety of woodland phlox that grows in forested environments within zones 3 to 9. Like other species of woodland phlox, it prefers growing in partial or full shade and forms gorgeous pale blue blooms between April and May.

This is group of phlox plants that grow best in well-shaded areas, unlike their creeping and garden counterparts. Woodland phlox varieties are renowned for attracting jewel-toned hummingbirds and butterflies to gardens, along with a few other welcome pollinators from time to time.

Tall garden phlox grows in lengthy, upright clumps that make it a perfect perennial for garden landscapes. This is a long-blooming plant that sends out flowers in late spring and only stops blooming once fall arrives.

Popular varieties include ‘Nora Leigh’ and ‘Volcano Ruby’. It has compact growth habits, and many of its varieties have multi-coloured leaves and flowers. Interestingly, this cultivar of phlox is also resistant to mildew.

Wild phlox plants are found in a broad area of the central and eastern United States and northern Canada. This wild perennial is a low-growing shrub that favours wetlands, woodlands, and the wooded edges of meadows and fields.

Wild phlox tends to grow up to 2 feet tall and 2 feet wide and sends up purplish blue or white blooms on thin stems in the summer. It grows best in full or partial shade, and in rock gardens or as an edging plant. 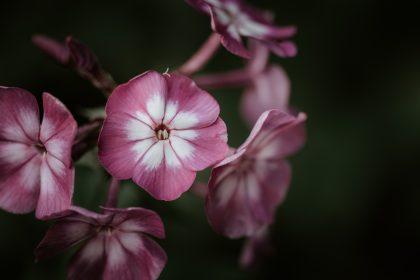 Drummond’s phlox, also known as annual phlox, is native to Texas and the south-eastern United States. Its flowers boast a wide range of colours, spanning from cream and white through to pink, lilac, red, purple, and even a dark mauve that appears almost black.

It’s clear. There’s a phlox to suit every garden! Choose the variety that you love and enjoy all these beautiful flowers have to offer.