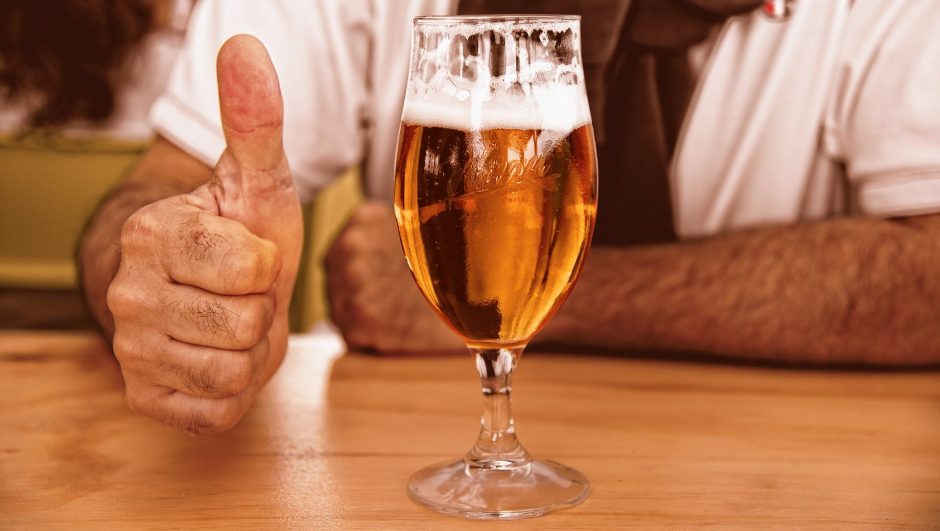 The splendour and history of Turkey make it a key site of interest for travellers. The traditions, architecture, and exotic foods ensure it remains a popular destination year-round. However, one rather unknown aspect of Turkey is its thriving beer trade, which is dominated by a national favourite beer, as well as numerous new craft breweries.

Fancy a bit of a deep dive into Turkish beer brands, beer culture and local beer culture? You’ve come to the right place….

The History of Turkish Beer

Viticulture has a long and proud history in the Anatolia region, so it’s no surprise that the area also has experimented with other alcohol types like beer over the centuries.

The modern tradition of brewing beer in Turkey began mainly in the Ottoman Empire, and Armenians in Erzurum are said to have served beer in specific beer gardens within the city (called bira bahçeleri).

The widespread appeal of beer as a drink, however, did not take off until 1894. This is when the first beer factory was started by two brothers from Switzerland, the Bomonti brothers, and they began the first large-scale, industrial production of beer, which led to the first beer competitions. The brother’s Bomonti beer was created specifically to rival the beer being imported into the region from Germany at an affordable price.

Nowadays, the Anadolu group is the main beer producer in Turkey and has been since the 1980s. They are reputed to be the 6th largest brewery found within Europe and are said to be the 11th largest brewery in the world. They produce the popular local Efes and Pilsen range.

While present-day Turkey is now a Muslim-majority country, its drinking culture and production of alcoholic beverages, such as Turkish beers, wines and a local spirit called raki, have a long history. The Republic of Turkey made drinking legal in 1923, and while there are currently strict and stringent regulations around the sale of alcohol, this hasn’t dampened the love Turkish people have for beer.

What Is Turkey’s Most Popular Beer (And What’s The National Beer)?

When you visit Turkey, you’ll see that beer is available for sale in most places. The one beer which you must try while here is Efes Pilsen, which has a dominant share of the market (80%) and is brewed locally in İzmir. This is also considered to be the national beer of Turkey, though the official national drink is raki.

What Kind Of Beers Do They Have In Turkey?

Turkey has a wide variety of beers available, most of which are brewed by Efes – who have several sub-brand options such as Efes Light, Efes Extra, Mariachi and Efes Dark. They also produce Becks.

The lager market is mostly dominated by Bomonti, who is known for having been the first beer company in Turkey. They were nationalised by TEKEL and rebranded as Tekel Birası – before being produced by Efes Pilsener, who use the original recipe, so the taste remains the same.

Gara Guzu is a fairly new Turkish craft brewery who offer a variety of amber beers and well-rounded ales.

Carlsberg and Turk Tuborg are two local Turkish beer brands, and you’ll find these beers offered all around areas in Istanbul.

What Are The Different Styles Of Turkish Beer?

When coming to Turkey, you need to be aware that the market is very saturated with the local beer favourites of pilsners and lagers. The main beer styles you’ll find are produced by Efes who have created a large variety of sub-styled beers. The most common ones you’ll see are:

There are also a range of highly individualised craft beer sub-types available.

What Are The Best Turkish Beers To Try?

Now that the main beer styles you’ll come across have been discussed, it’s time to dive in and discover the best Turkish beers to try.

While there are a wide range and variety of craft beers on the market, the most mainstream beer option and the national beer of Turkey is Efes beers. Their flagship beer, Efes Pilsen, is widely available and the company is unique in the fact that they also have a gluten-free range to cater to those who have wheat and gluten allergies.

What is Bière de Garde? Everything You Need to Know

What Are The Best Microbrew Or Craft Beers In Turkey?

Turkish Craft Beer has recently risen in prominence over the last few years, with Efes being a forerunner in encouraging brew pubs and craft breweries to establish themselves. The Brewstival, the first beer festival in Turkey, is an annual hit.

Though many consider Gara Guzu, which translates to black sheep, as a well-known mainstream Turkish beer brand, it is actually a craft beer range that has grown to be a national favourite since it was established in 2011. They offer something for everyone with a variety of styles such as blonde ales, dark stouts that are Irish inspired, as well as a very unique range of beetroot beers.

Pablo Bira was created in 2017 and is a boutique brewery that has a wide-reaching fan base. The summertime flavoured offerings are a market hit, with tart fruits, dry finishes and even chestnuts. Its range has found a dedicated following since it expertly blends the tastes of foreign beers with a decidedly Turkish twist such as American IPA and a satsuma white beer.

Pera Bira, which was created by Zıkkımm produce a whopping 52 million litres of beer a year, is popular when they appear – though they can be hard to find since their reach is not as great as the main beer producers.

Türk Tuborg is another popular beer available, which are sold in the styles of Tuborg Gold and Tuborg Kırmızı – which are both red beers that have quite a high alcohol content.

Torch, a microbrewery founded in 2016, produces a range of craft beers that vary in style from ones inspired by Kolsch to those that take cues from Austrian lagers. They are in the Bomonti Brewery and sold at Populist.

Anyone after an English-style ale will love Bosphorus Brewing Company, which have a fan following in Istanbul. They have a host of traditional English pub-styled beers and a large variety of ales available.

One of Turkey’s first brewpubs, Taps Istanbul, takes its cues from Bavarian influences., as does Koffner Brewery, found in Antalya.

What Are The Best Turkish Beers To Pair With Turkish Food?

When it comes to beer and food pairings, nothing beats lamb kebabs with an ice-cold Pilsner or dolmades paired with an IP-styled beer. Pizza, burgers, peanuts, and pistachios are all good bar foods to pair with darker beers, especially during a football match. You’ll do well to pick a dark lager to enjoy them with, though a chocolate-inspired stout could also work well.

How To Order A Beer In Turkish

Since you’re unlikely to order more than one beer at a time in Turkey, the phrase to memorise is “bir bira lütfen”, which is pronounced “lootfan”. This means one beer, please.

If for any reason you wish to order a second beer (and who doesn’t want to?!), then you’d say “iki bira lütfen”.