Blog » Hobbies » Gardening » Flowers » What is the Meaning of Tulips? Symbolism Behind Coloured Tulip Flowers 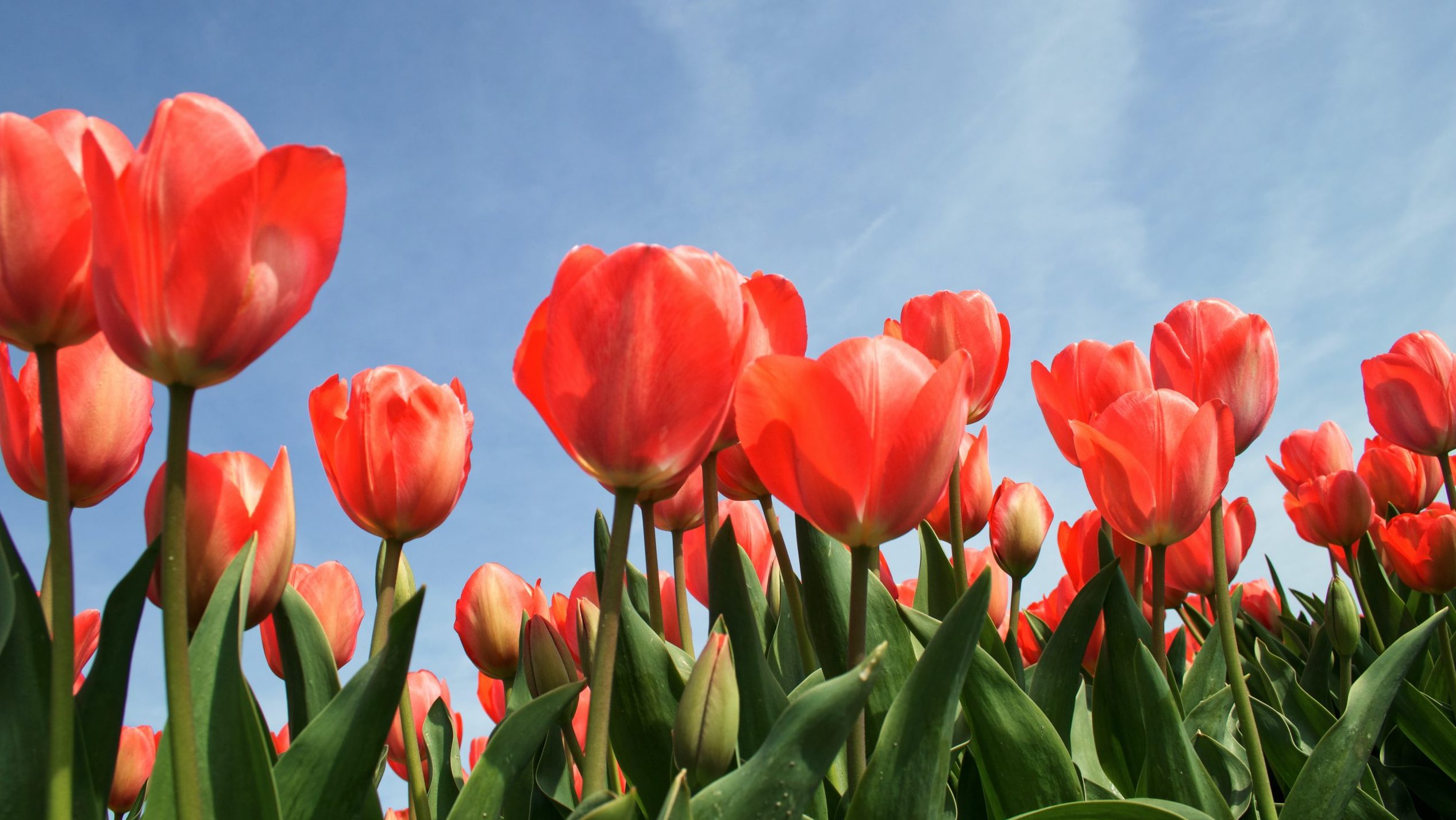 Tulips are known for their beautiful, bold, bright colours, but they’re steeped in legend, too. These flowers are named after the Persian word for turban, as they resemble a turban when in full bloom.

Although these unique flowers originated in Central Asia, they went on to become extremely popular in Turkey and are now a Dutch staple too.

Let us take a closer look at the meaning behind tulips, what different coloured tulips symbolise, and the romantic legends of their origin.

The Tale of Tulips – A Perfect Love

Commonly, tulips are a symbol of perfect love. The definition of ‘perfect love’ is tied to Turkish and Persian folktales about the love between Farhad and Shirin.

There have been quite a few variations of this tale over time. As one story goes, Farhad was a prince who fell in love with a beautiful woman named Shirin. However, she died tragically, and her untimely death tore the prince to pieces. It’s said that in desperation, Farhad rode his horse off a cliff and red tulips sprouted where his blood touched the ground.

Another version of the story tells that Farhad was a stone cutter, and Shirin a princess. The stone cutter tried to win over the affections of the princess but was rejected. Heartbroken, he goes over the hills to play some music in honour of Shirin. Once she heard of his songs, she fell in love with him, much to her father’s dismay. Shirin then tasks Farhad with digging her a gigantic canal to prove his love for her. It took him a few years to do so, but he was finally able to complete the digging.

In a tale to rival that of Romeo and Juliet, the king sent someone to convince Farhad that Shirin had died. Distraught, the stone cutter took his own life. Once the princess found out about it, she was equally distraught and took her own life to be with him in the afterlife. Red tulips are said to have started growing where their blood hit the ground as a symbol of their everlasting love for one another.

Asiatic Lily Care: When & How to Plant Asiatic Lilies From Bulbs

The Meanings Of Tulips

Like many other flowers, tulips have strong meanings attached to them. As the tale of Farhad and Shirin reflects, one of the most common meanings of the flower is deep and perfect love. Furthermore, tulips are one of the first flowers to bloom in the springtime. This is taken as a meaning of rebirth and starting afresh, which is why tulips serve as an excellent gift for anyone who has just moved into a new home or started a new job.

Historically, it’s believed that the Victorians often associated tulips with a sense of charity and working together to achieve a sense of greater good. 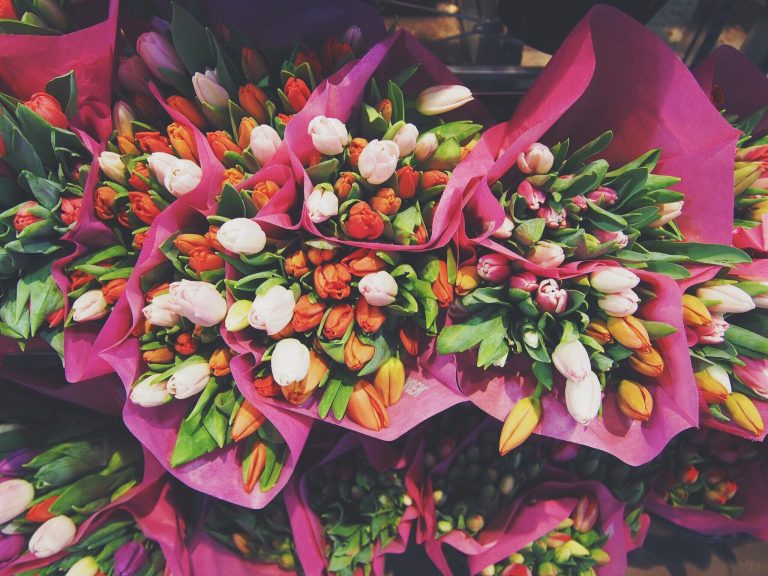 As indicated by the dramatic love story above, red tulips have long been a symbol of powerful and everlasting love.

The colour purple has long been associated with royalty due to the depth and richness of the colour. Purple tulips, like many purple gems, are seen as a symbol of royalty.

Pink tulips symbolise a feeling of happiness, self-confidence and positivity.

Need something to go with that “I’m Sorry” card? White tulips are symbolic of a peace offering or a sense of forgiveness.

The Cultural Significance Of Tulips

In the late 16th Century, tulips were introduced to the Netherlands from Turkey. The flowers were then perceived as a novelty and were quite expensive. Over time, tulips contracted the non-fatal mosaic virus, which interestingly made their petals brighter and more vibrant. This made the price of the tulips rise even higher!

Tulips: How to Plant, Grow, and Care for Tulips from Bulb to Flower

As the value of the flowers continued to increase, people began trading land and savings to acquire more bulbs, causing what’s now known as “Tulip Mania.” Eventually, over a period of time, people were trying to sell bulbs but not many were buying them. This led to a crash in the tulip market during the 17th Century.

Despite this, tulips have remained incredibly popular throughout the Netherlands. Every year in January, the city of Amsterdam celebrates National Tulip Day. On this day, tulip growers build a gigantic tulip garden and people are free to pick a bouquet for themselves at no cost. This officially marks the beginning of tulip season in the Netherlands.

The Uses Of Tulips 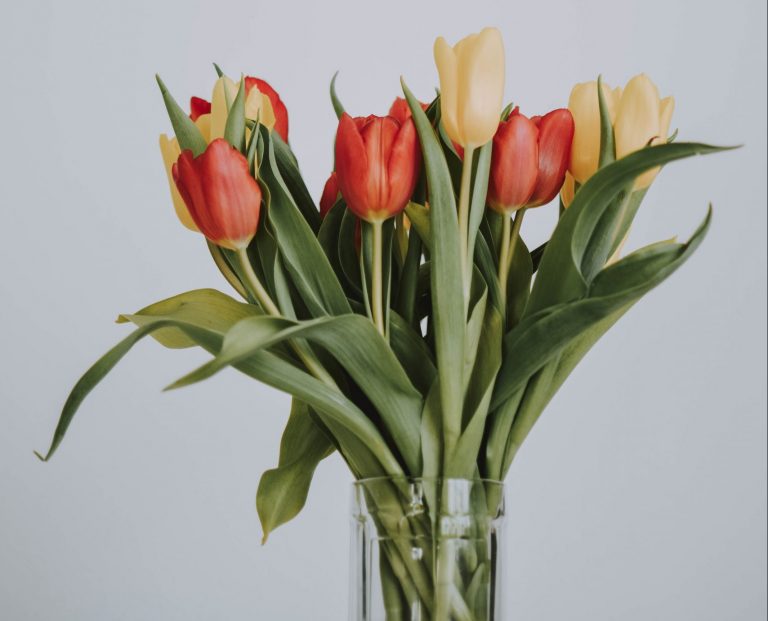 Because of their deep symbolism of love and devotion, tulips are the traditional flower to mark the 11th wedding anniversary. The flowers are also commonly used for decorative purposes as their vibrant colours make a wonderful impact at any event. They work just as well at small events such as dinner parties as they do at elaborate affairs such as weddings.

However, as with almost everything else, they have been tried and tested for a number of uses.

During the Second World War, people ate the bulbs of tulips during the Dutch famine. However, they didn’t always agree with the more delicate constitutions, and many people ended up having uncomfortable side effects, such as skin rashes.

Over time, it was realised that the bulbs should not be ingested, but the petals could be. These days, the petals of tulips are used all over the world as a garnish to salads and a host of other dishes.

Growing Snapdragon Flowers: How To Plant & Care For Snapdragons

More than just adding a beautiful splash of colour to their surroundings, tulips also carry a few more interesting facts:

A gorgeous flower with a rich history and oodles of meaning, tulips are so much more than just another colourful flower! Now that you know the meaning behind tulips, it’s time you flexed your green finger. Find out how to plant and care for tulips, from bulbs to flower.