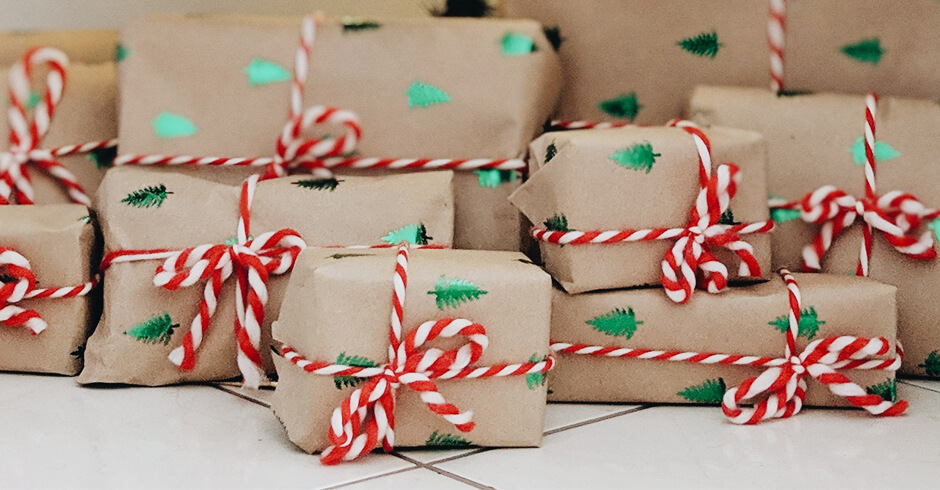 As November unravels around us, it means that pumpkins, skulls and scary make-up tutorials are now a thing of the past – well, until next year anyway.

So, does this pave the way to justify our premature desire to celebrate ‘The most wonderful time of the year’, or have we all instead succumbed to the commercial money making predators?

Well, clearly it can’t be the latter of the two, because Christmas is inarguably about family, festivities, gestures of good will and, er … not at all about presents.

I mean, if in doubt, cast your mind back to our dear friend Ebenezer Scrooge.  Through lots of persuasion and with the help of four ghosts, he certainly discovered the spirit of Christmas – even if it was excruciatingly slowly.  With Dickens in mind, it seems a good time to divert back to the conversational wonder – Is it really, too early to get festive?

I think not.  Here at Truly, we have taken the plunge because essentially Christmas is next month and we’ve waited almost a year for this.  So … it’s officially time.

Unfortunately, as much as I’d love to be, I’m not sat on a throne of tinsel or Candy Canes whilst writing this.  But, as a starting point I have instead asked a few of our staff members which gift they’d Truly love to see under their tree this year…

Mara, if you could have any Truly experience gift for Christmas this year, which one would you choose and why?

“Err, probably the Bouldering trip in Fountainebleau, France. I think it would be a great chance to escape from the city and everyday life.. Oh, and work off my Christmas dinner!”

Just an hour’s drive south of Paris, Fountainebleau is a destination most famously recognised for its natural climbing habitat.  The open forest consists of 280km of woodland, different coded tracks for all abilities and of course, effortless views.

Whilst the location mostly assembles around the three-day physical activity, the package includes two nights in a luxury accommodation with breakfast, a BMW 1 series (or similar) rental car, a four- course Michelin-starred meal at L’Axel and of course a personalised itinerary by yours Truly.

So, Tom, if you could have any Truly gift for Christmas this year, which one would take your fancy and why?

“Hmm, well, I am a fan of beer so it would probably have to be the Beer pairing for two at Alyn Williams at The Westbury in Mayfair.  I think a Michelin star meal followed by some drinks would be a cracking way to get festive.” 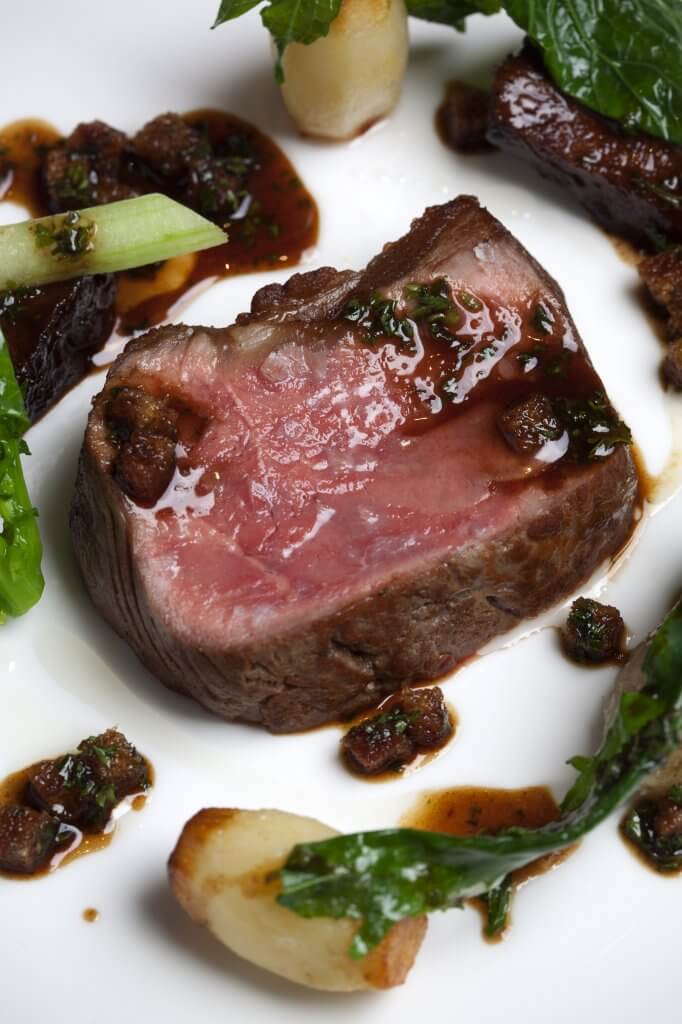 “Temple of Gastronomy – that’s the ethos” – The Guardian

Situated in Mayfair, the Michelin-starred restaurant owned by Alyn Williams, has proven to be a remarkable success since opening its doors in The Westbury Hotel, back in 2011.  It was in 2012 when Williams’ received his Michelin star followed by four AA Rosettes, before winning the Annual Award from the Craft Guild of Chefs shortly after.

Also see  A Sense of History with Floris: The Oldest Perfumer in Britain

The experience Truly offers includes a seven-course meal for two, served with six complimentary Beers, a behind-the-scene kitchen tour and a chance to chat with the chef himself. 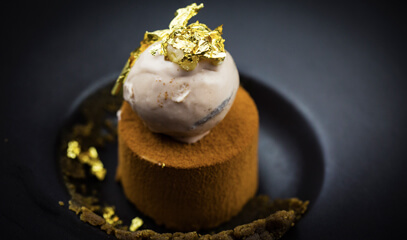 (If a Beer doesn’t quench your thirst, the meal can instead be paired with wine.  Similarly, any dietary requirements will coincide with the seasonal menu changes)

Lili, if you could have any Truly experience gift for Christmas this year, which one would you pick?

“Umm, it depends really.  I quite like the idea of a Spa or going for some nice food, but it depends if money is an object in this conversation?

Umm, ok, so imagine money isn’t an object and you’re able to have any gift on us this Christmas?

“Oh wow, that’s refreshing.  Umm, in that case I’d most definitely choose the seven Wonders of the World package- it looks amazing!  Right after Christmas too, that means I’d avoid the horrible long month of January!”

The new seven wonders of the World, was an initiative started in Switzerland in 2000 as a Milenium project.  The aim was to cast a worldwide open vote to select the ‘Wonders of the World’ from 200 monuments of global recognition.  After seven years and one hundred million votes, the wonders were announced in Lisbon in July 2007.

Jetting around the world in business class comfort, you will savour the trip of a lifetime and witness each of the new seven wonders in all their glory.  Relax with three days of four and five-star luxury accommodations at each destination.

Sara, if you could have any Truly experience for Christmas this year, which one would you want the most and why?

“Any gift?! Hmmm, it would definitely have to be the VIP Blue Lagoon trip in Iceland.  It looks incredible and it’s such a popular package booked through us.  When I’m working and a client returns and tells me about their amazing experiences, it makes me so jealous!”

“The most visually spectacular Lagoon” – The Independent

Now classified as a Wonder of the World, it’s of no surprise that Iceland’s Blue Lagoon is a popular choice amongst our Truly customers.  Since 1976, the volcanic geothermal spa has attracted tourists from all over the planet due to its ability to cleanse and refresh skin in its unique Icelandic water.  The mesmerising sites and unfamiliar air illustrates that of a parallel, simplistic universe; appealing to anyone seeking to escape from their hectic lives. 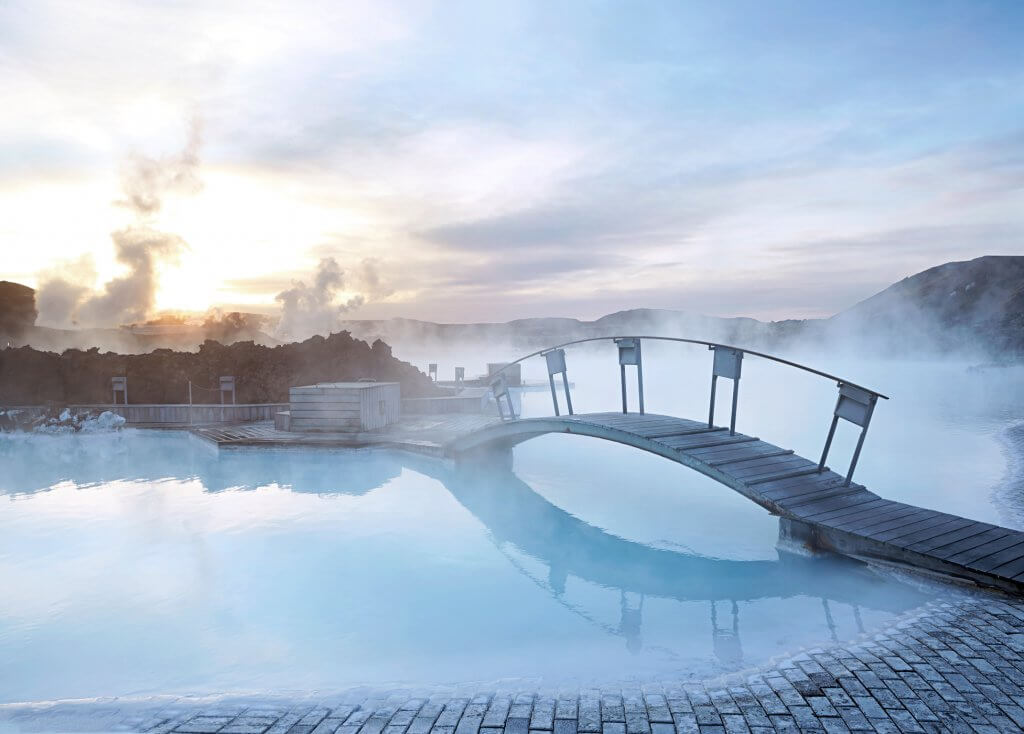 This Blue Lagoon package consists of a two-night stay in a leading four-star hotel, presided in central Reykjavik, Iceland.  Also, included is a three-hour VIP treatment in the famous Lagoon Spa with a private changing room, a thirty minute in-water-massage and a tasting menu at the Spa’s restaurant.

A private car will chauffer you to and from the Hotel and Lagoon to ensure the best time is had by both parties.  You will also receive a personalised itinerary made by Truly, before devouring a meal located at leading Icelandic restaurant, Fiskmarkaourinn.

Which Christmas present from Truly would you most like to receive?

“Ohh that’s a difficult one! But it would probably have to be the Signature Menu for two at Hutong because I’ve been for lunch and that was really nice, so I’d quite like to try the dinner tasting menu with some of their delicious cocktails too.  I’d also like to see the Shard (and London) at night as I think it will look super pretty!”

Hutong is a fascinating Northern Chinese cuisine situated on the thirty-third floor of the Shard.  With floor-to-ceiling windows and a panoramic view of London’s skyline, it’s clear diners haven’t primarily been attracted based only on an outstanding menu, (although that helps!) but also due to location, ambience and stunning oriental décor too.

This experience can be enjoyed alongside one … or several oriental cocktails (inspired by Chinese medicine).  It is traditionally intended for sharing family-style; starting with three appetizers, then mains and a sweet palate cleanser to finish – perfect for those who seek food with a view.

“Hannah, if you could have any gift that we offer as a Christmas present this year, which one would you choose?”

“Ooooh, that’s a tough one!  But, it would probably have to be a trip to the Galapagos.  This experience is special because of the access to the Charles Darwin Research Station with a tour of their collections. The entire experience is a spectacular learning opportunity and a chance to see unique wildlife and geography. What’s more, it’s a slice of scientific history with its connection to the publication of ‘On the Origin of Species.”

“I have now returned three times to the Galapagos and each time the excitement has been undiminished.” – Sir David Attenborough.

The Galapagos Islands are collectively the most famous wildlife-watching destination in the world and are also best known for influencing Charles Darwin’s findings and masterpiece, ‘The Origin of Species’.  He travelled here on the HMS Beagle in 1835 and spent his time studying birds, reptiles and various other living creatures, before discovering the ideology of common ancestors and evolution.

During this week-long adventure, you’ll spend six nights living on board the all-inclusive Xperience boat, touring the three geographically diverse islands, which in turn, feature stark volcanic formations, cactus-deserts, lush green highlands and pristine beaches.  There’ll be a one night stay in Quito, including private airport transfers to the exclusive Casa Gangotena (the most luxurious and famous hotel in Quito) as well as a tour of Darwin’s foundation research station; which is usually closed to the public!

“Set in the small village of Kall, drivers will be racing against the backdrop of the awe-inspiring Mount Are” – Conde Nast Traveller

Ignite your sense of adventure with a three-day ice driving break in Sweden.  With decades of rich culture and the purest air of all of Europe’s capital cities, Stockholm is the perfect place to recharge and escape life’s mundane activities.

From Stockholm, you’ll fly North West, journeying deep into Sweden’s frosty wilderness to the popular alpine town of Are – where you’ll be alongside professionals participating in Ice driving.  This type of driving is a technique used mainly by Formula 1 racers and manufacturers to test their cars in the extreme weather conditions, naturally offered in this part of Europe.

Included in this package by Truly, is one night in a central Stockholm hotel and two nights (with champagne upon arrival and maximum hot tub and spa use) in a luxury lodge in Are.  Alongside domestic flights between the two destinations, a tasting menu for two at a leading Michelin-starred restaurant and of course one full day of ice driving, in a competition prepared rally Porsche 911 with a world-class rally driving professional- definitely, an experience for the daring.

Taw, if you could have any Christmas gift from Truly this year, which one  would you pick?

“Hmm I think I’d enjoy the V&A trip the most.  Especially because if there’s ever an exhibition I’d like to visit, it’s always so busy and hard to see anything.  But with the private guided tour, it would be awesome – especially with food after!”

“The collections are stunning and of unique importance” – The Telegraph
London’s Victoria and Albert museum, founded in 1852, named museum of the year in 2016, is the world’s largest museum of art and design.  With a collection spanning 5000 years, 4.5 million exhibits and of virtually every culture and medium, there is something for all interests.

This package gives the recipient a choice of over ten themed tours to hone in on the area that they are most interested in.  Every tour is given by a V&A specialist with expertise in your chosen area.

Following your time at the V&A, take a short stroll over to Knightsbridge’s newest Michelin-starred restaurant, Outlaw’s at the Capital. Outlaw’s holds a Michelin Stars, three AA Rosettes and Chef-Patron Nathan Outlaw is currently recognised as one of the finest chefs in Britain.