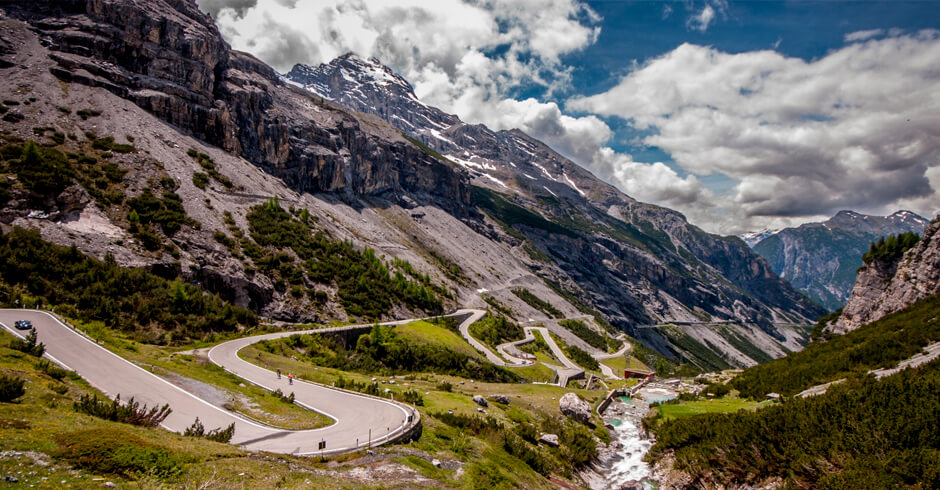 Last year alone we created over 500 bespoke gift experiences for our clients, and one of our favourite TRULY stories was that of London-based IT Consultant, David Everitt. Together with his four closest friends he embarked on an exhilarating adventure through the famed Stelvio Pass in Switzerland, taking charge of a convoy of formidable supercars.

We caught up with him after he returned from his tailor made experience. David’s story captures the essence of what we do here at TRULY, and so we’ve asked him to share it with you.
TRULY: So what actually inspired you to embark on this supercar drive through Switzerland?
David: Originally it was inspired by a Top Gear episode where they took the supercars and drove on a road in Romania called the ‘Transfagarasan Highway’. It was really just kind of a fun idea that we discussed a few times in the pub but no one really thought it would go anywhere. But the thought didn’t really go away, and so I started having a bit of a look online but there were no off-the-shelf packages or anything like that. I had a few discussions with the ‘Romanian Tourist Board’, asking if they had any packages or could point us in the right direction. However there really didn’t seem to be anything going on, so the idea kind of lapsed for a couple of months. Then I saw you guys had a pop-up store in the Brunswick Centre which I walked past and that triggered an idea and I e-mailed you outlining what I was thinking. At the time none of the rest of my friends knew about this, it was sort of my crazy idea and it was meant to be a nice surprise. When I contacted you guys we started discussing how it could possibly work. As we discussed it, it became clear that Romania was not particularly an option as it was ridiculously expensive to get super cars insured on that road and I’m sure the BBC had a larger budget than I do. Then you suggested this other road in Switzerland which they had done on a previous episode that was excellent, so we kept going from there. 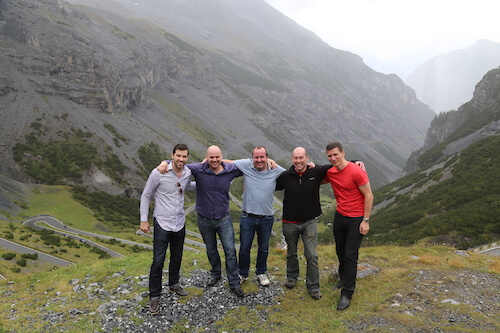 TRULY: Did the weekend meet all your fantasy experience expectations?
David: It exceeded what I was trying to achieve. I hadn’t got a really good vision in my head of what it was going to be like, I didn’t know the roads or the area so I mean that blew me away how beautiful that part of the world is. And the cars, I’ve driven one or two Ferraris before but I hadn’t driven the others so that was a really interesting and exciting experience, the Lamborghini was just a ridiculous car to drive.
TRULY: So would you say you guys are now converts to experiential gifts?
David: I am personally thinking about doing something similar next year, maybe just me and my wife hiring one of them and driving. I would like to get the gang together in five or ten years time to do something stupid again, because we’re so far separated it’s very difficult to get everybody together unless there is a really good reason. So that was an awesome experience.
TRULY: Which part of the experience did you enjoy most?
David: Driving the cars was amazing in terms of how they handled, how it felt like to drive them and the scenery around there is just beautiful. It was very difficult to decide what the best part of it was. The roads we were driving on through the Alps which were incredible, and the weather was excellent throughout the whole day. Also there was the Michelin star restaurant we went to for lunch along the way which was delicious. Really though, it was the three parts of having all my best friends together, driving those cars, and getting to drive all five of them because we swapped over, you know, every two hours in each car kind of thing so we can compare. My friends and I now have opinions whether we prefer a Lamborghini or a Ferrari and why. It’s not an experience I’d have anticipated having at this stage and I know my friends wouldn’t have ever had it by now unless we’d done this so yeah the cars but also the scenery and stuff were just excellent. 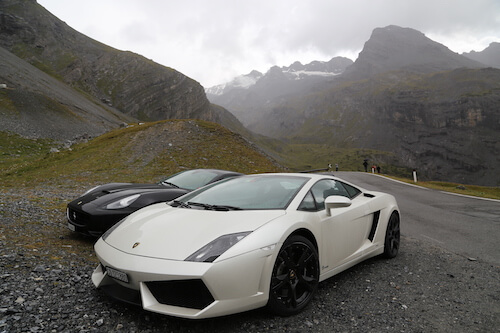 TRULY: Anything else you would like to share about your experience?
David: The trip was really exciting and very different from all the days before and all the days after so it’s quite difficult to relate. It was quite strange; it was a long day of driving and quite stressful at various points. It was an absolutely excellent excuse to get all my friends together because they’re spread out around the world now so we had two of them come from Australia, which is where I used to live, one from Manchester, one from Bristol, and myself from London. So it was all of us having an excuse to collect together and it was excellent to see them. I hadn’t told them what the cars were, and I just told them I’ve got some nice cars we’re going to drive. In the morning it was culpably exciting, I was very nervous that it wasn’t going to work out like I thought it was going to work out and they were very nervous that I had got them into something crazy. One of the guys had never driven on the other side of the road and hadn’t driven a supercar before; well most of them hadn’t driven supercars before so that’s two amazing experiences which were piling into one day.Then there was the big reveal first thing in the morning when you guys had arranged for the hotel to line up all the cars outside. They got restricted parking so they were nicely lined up outside the hotel in the front bays. I got to take them outside, pointed at one of my friends and said “You pick which one you want to go in first”, it was excellent. Pointing to the Lamborghini, that was the prettiest, and then we all got to play around and then we drove out. There were some nerve racking moments on the road; some of the roads weren’t finished so the surface was not proper tarmac which is nerve racking at the expense of damaging the cars. There were some really hair-raising moments, but on the other hand there were the moments where you put your foot down in a car that can do 160mph in less than 4 seconds, it was a lot of fun.
Now every time I see my friends we will reminisce about it and when we look back in ten years’ time and go “That was something stupid that we did when we were young but it was excellent and we all remember it”.

The Most Spectacular Driving Routes in the world.

TRULY: Would you be confident recommending TRULY to your friends and family?
David: I, as an individual, had no way of organising something like this because I didn’t have the contacts, I didn’t know anything apart from doing a Google search and hoping some results came up which they didn’t really. The idea could have stopped there if it wasn’t for you guys being able to facilitate it working. It was incredibly hassle free, you guys looked into what packages could be and we discussed it a little bit but then it all worked out. When we were there we turned up in Switzerland and there it was, even the flutter in the last week when one of the cars came back to the renters too damaged to be used and it was in the two days before we were arriving I thought ‘What do we do? We need to get another car’, but you guys got on top of that and fixed it so that was good and I’d definitely recommend you guys.