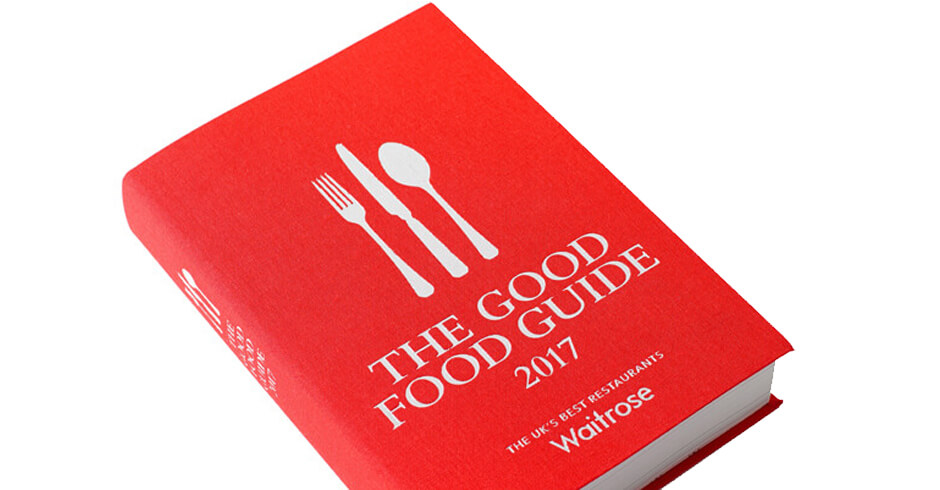 It’s back: The Great British Restaurant Off. Or, to use its proper name, The Good Food Guide.

The wait is over for restauranteurs and chefs as the annual Top 50 restaurant ranking has been announced for 2017.

The UK’s bestselling restaurant guide since 1951, Good Food Guide has reviewed restaurants, pubs and cafés across the length and breadth of the UK. Highly regarded by chefs and restaurant-goers alike, the Top 50 recognises the very best talent in the country.

There’s never been a better time to sample extraordinary cooking on a TRULY experience – with destination restaurants L’Enclume and Restaurant Nathan Outlaw topping the Good Food Guide in 1st and 2nd place. Each received perfect 10 out of 10 scores. For something a little closer to home, sample exquisite world cuisine with us at a further six of the Top 50, including London’s Alain Ducasse at The Dorchester, Oxford’s Le Manoir aux Quat’Saisons and Edinburgh’s Restaurant Martin Wishart.

Crowning glory for Cumbria
L’Enclume’s head chef Simon Rogan will be performing cartwheels in Cartmel as his two Michelin starred Cumbrian restaurant remained rooted in first place for the fourth year in a row. It is also the restaurant’s fifth consecutive year with a perfect score of 10/10 for “clever elements of technical wizardry to keep the ‘oohs’ and ‘aahs’ going,” with “the cooking forever breaking new ground.”

Fancy some Lake District delicacies? Then escape to the UK’s best destination restaurant on a multi-Michelin-star foodie getaway that also includes dinner at Lake Road Kitchen. Focused largely on locally sourced, sustainable produce and foraged ingredients from the local beaches and forests, the restaurant’s Head Chef James Cross creates innovative menus based on the philosophies of mentor and multi-Michelin-starred super chef Rene Redzepi of Noma. His work has earned Lake Road Kitchen a rightful place in the Good Food Guide’s Top 50, propping up the list at 49th. 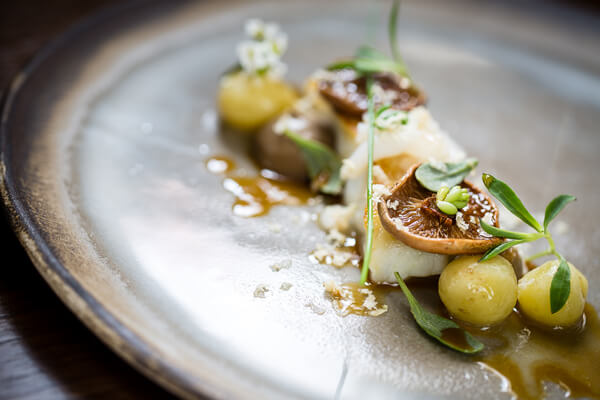 Restaurant Nathan Outlaw grabs second place!
Located in the quaint Cornish fishing village of Port Isaac, Restaurant Nathan Outlaw is a haven for seafood lovers. Chef Outlaw’s unique approach to fish is based on sourcing the finest produce from local day boat fishermen, and treating ingredients with the utmost respect. The only specialist fish restaurant in the UK to hold two Michelin stars, the restaurant now boasts a perfect score of 10 from the Good Food Guide, which reflects “perfect dishes, showing faultless technique at every service; extremely rare, and the highest accolade the Guide can give.” 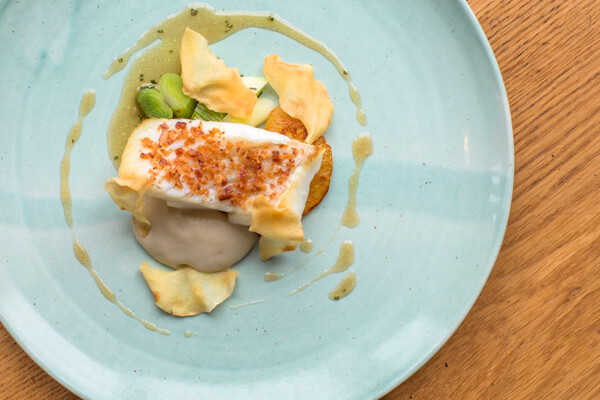 Taking a leap eleven places into 14th is iconic three-Michelin-starred restaurant, Alain Ducasse at The Dorchester; the ever-impressive French restaurant is still undeniably one of London’s most sought after reservations with a score of 9/10.

New to the Top 50 is The Greenhouse. Opened in 1977, the Greenhouse has become a long-standing institution in the Mayfair restaurant scene, known for its tree-lined entrance. With its kitchen currently under the helm of Chef Arnaud Bignon, the restaurant is now re-defining classic French fine-dining. The Greenhouse has seemingly cemented its place among the Good Food Guide elite by storming straight into 25th place in its first year in the Top 50.

Raymond Blanc’s Le Manoir aux Quat’Saisons remains in 31st place – the destination restaurant has held two Michelin stars since opening in 1984, winning the ‘Sustainable Hotel Restaurant of the Year’ award in 2014 and ‘Best UK Hotel’ at The Travel Awards 2014. Think you can match the talents of chefs on the Top 50? Try your hand at cooking like the pros on a cooking course at the Raymond Blanc Cookery School.

5 Best Spas in the UK for Ultimate Luxury & Relaxation

Not to be outdone, the Scots feature prominently on the list but Good Food Guide stalwart Restaurant Martin Wishart is still the go-to destination for Scottish fine dining – twice being named “Scottish Restaurant of the Year” by the very same guide. Located in Edinburgh’s historic Port Leith, Martin Wishart’s restaurant has retained Michelin star quality since it first received the award in 2001. Sample imaginative and elegant French cuisine, using the finest, locally sourced Scottish produce at the super chef’s eponymous restaurant.

Get your just desserts…
This year for the first time, the Good Food Guide has also revealed where those with a sweet-tooth can tuck into the very best desserts. High recommendations were given to TRULY favourite The Clove Club, who’s unusual Warm Blood-orange, Sheep’s Milk Yoghurt and Wild Fennel Granita was noted by the anonymous inspector as served with “shards of dehydrated milk-froth – like eating a crisp, malty cloud. The whole thing was seriously delicious.” Well, they say the proof is in the pudding – here’s your chance.

14 Alain Ducasse at the Dorchester, London (8)