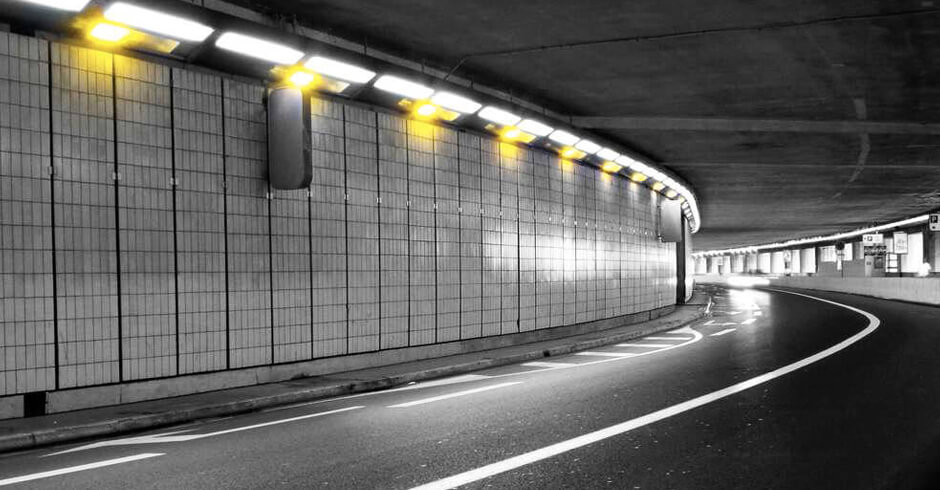 As the glitz and glamour of Formula 1’s most prestigious race gets underway, we take a look at the finest races of all time at the quirky but quintessential Monaco Grand Prix. See our top 5 Monaco grands prix below.

2004 – To everyone’s surprise, Ferrari’s early season domination was brought to an end in qualifying, as Jarno Trulli took the pole in his Renault. He was followed on the grid by the Williams of Ralf Schumacher and Jenson Button’s BAR. Trulli’s teammate, Fernando Alonso, was fourth.

Alonso jumped to second at the start and the Renaults broke clear of the field, battling it out for the lead. That was until lap 41, when they came to lap Ralf Schumacher who had fallen back through the field. Trulli got by with ease but, as Alonso fought to keep up, he attempted to pass Schumacher in the tunnel, taking the dirty line and crashing out of the race.

Trulli dived into the pits as the safety car came out, leaving Michael Schumacher in the lead. He was followed by Juan Pablo Montoya, a lap behind. Schumacher began braking hard to warm up his brakes and caught out Montoya. The Colombian touched the back of the Ferrari, which then crashed into the barriers.

Trulli retook the lead but Jenson Button was charging in second. The Brit closed in and filled Trulli’s mirrors. Countering Button’s every move, the Italian held on to take the only victory of his career. 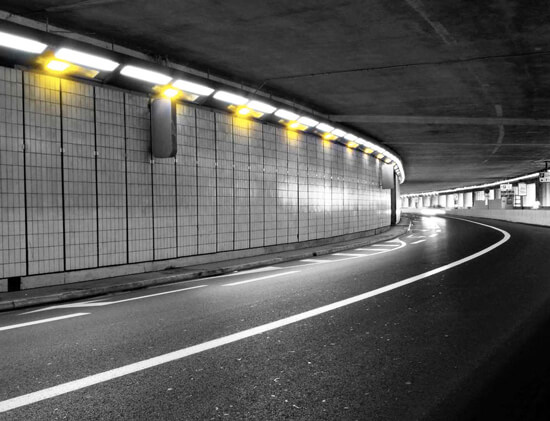 1982 – Perhaps the most sensational finish to any Monaco GP, there were still five cars in contention with just four laps to go. The race had started off ordinarily: Rene Arnoux led in the Renault, before retiring to allow his teammate, Alain Prost, into the top spot.

Prost led comfortably until just four laps before the end. Suddenly this race was anything but ordinary. Prost crashed coming out of the chicane, giving the lead to the Brabham of Riccardo Petrese. With victory in sight, Petrese span at the Loews hairpin with two laps to go, stalling his car.

Didier Pironi took the lead in his Ferrari. With half a lap to go, he looked odds on for victory. The Ferrari mechanics prepared to celebrate. And then his car before ran out of fuel in the tunnel.

The crowd waited for Andrea De Cesaris to assume the lead, but he never appeared. He too had run out of gas. Derek Daly was next in line, but his gearbox failed as he crossed the line for his final lap.

This left only one runner – Patrese had by now bump-started his car and completed a famous victory.

1996 – In a dramatic start on the wet track, Damon Hill’s Williams jumped Michael Schumacher at the green light, the German dropping to second, with Jean Alesi third. Halfway around the first lap, however, Schumacher slid wide and crashed out.

Hill pulled clear, building a comfortable lead and looking set for victory, until an engine failure ended his race in the tunnel at half-distance. Alesi took over the lead for the next 20 laps, until a suspension failure brought his car to a halt too.

This sensationally allowed Olivier Panis, the unfancied Frenchman, to take the lead in the Ligier. Panis had worked his way up from 14th on the grid, making several bold moves in a queue that had formed behind Eddie Irvine’s Ferrari. Panis took Irvine in an admirable move at the Loews hairpin and Alesi’s retirement paved the way for him to take first position.

David Coulthard caught up to provide a tough challenge in the closing laps, but Panis held on to claim what was his first win in the sport and Ligier’s first in 15 years. Sadly, it was also to be the last victory for both parties. 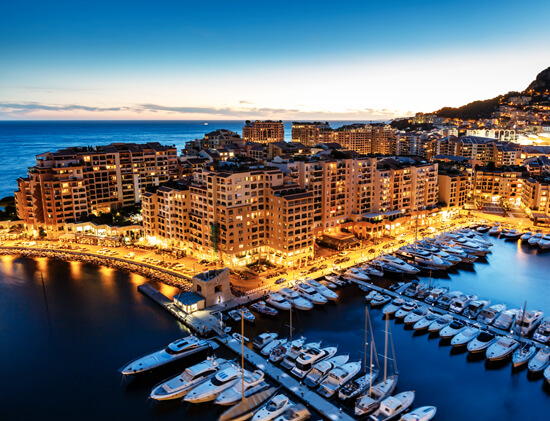 2. The Epic Duel: Senna vs Mansell

1992 – Mansell had won the first five races of the season and continued this form in qualifying, taking pole. Senna was third.

What is the Most Expensive Car in the World? 10 Cars To Blow Your Mind

For much of the race, Mansell led comfortably. His lead extended to 30 seconds on lap 60, when Michele Alboreto spun at Mirabeau. Senna’s was the next car round. “I just managed to stop,” Senna  said of the incident, “maybe half a metre from him. I didn’t dare to move, to go around him, because he was moving himself. So I waited there a few seconds until I could get by.”

Victory for Senna now looked a forlorn hope. That was until lap 71, when a loose wheel nut meant Mansell had to pit. It seemed as though Mansell may still have had enough in pocket to retain the lead. But the stop was sluggish and, as he exited the pit lane, Senna fled by.

What followed was a tete-a-tete to behold. Mansell set a host of incredible laps and came right up behind the McLaren. Senna’s tyres were struggling, they were nose-to-tail. Mansell was glued to the back of Senna’s gearbox as they came into the tunnel on the final lap. If he gained enough momentum, he could force his way past at the chicane.

Lunge and counter. The Williams bucked as Mansell tried everything possible to fight his way past the wily Brazilian. Yet, somehow, Senna wrestled the McLaren over the line in first position.

1970 – This race saw surely the most dramatic finish to any Monaco grand prix and an incredible turn of events for eventual winner, Jochen Rindt.

Rindt qualified in a lowly eighth place in his Lotus, who had been forced to return to their old 49 chassis. The car looked slow through practice and qualifying and Rindt was not confident. Furthermore, he had complained of tiredness and seasickness – spending the weekend in a yacht with Bernie Ecclestone and struggling to sleep.

Jackie Stewart led from the start and took a clear lead, with Jack Brabham eventually coming through to second. It looked set for another Stewart victory, until his March began misfiring on lap 27. He soon retired from the race, allowing Brabham to come through, ahead of Chris Amon.

Rindt, to this point, had managed to gain some ground, though somewhat fortuitously. Despite having lost out to Henri Pescarolo in the early stages, a series of retirements had lifted him to fifth position by lap 28.

He was already 16 seconds behind Brabham, but the scent of victory had reinvigorated the Austrian. On lap 36 he passed Pescarolo and on lap 41 he caught up and overtook Denny Helme. Rindt was in the zone, closing the gap to 13 seconds by the time Amon retired from the race.

Brabham was still content, however, despite his eroding lead. Nine seconds with four laps to go ought to have been insurmountable. But then Brabham encountered a stuttering March that would not make way. By the start of the third-to-last lap, his lead was just 2.6 seconds.

Brabham responded, as he always did, with his fastest lap. To no avail. Rindt shaved a further 1.1 seconds off the lead.

Still, Brabham had to be passed on the final lap. It looked as though he would hold on, as less celebrated names as Trulli and Panis would do in years to come.

He held the lead coming to Tabac, before encountering three backmarkers. Losing more time, he came across Piers Courage’s stricken de Tomaso. Panicked, he went off the racing line, into the marbles, on the final hairpin.

When he put the brakes on, he understeered and smacked into the hay stacks.

Rindt sailed by, shaking his head in disbelief. His first 40 laps had averaged a lap time of 1m27.0. His final 40 averaged 1m24.9 – a second faster than his qualifying time.

If you would like to tour the Monaco F1 circuit by Ferrari or McLaren, take a look at our Monaco driving break. 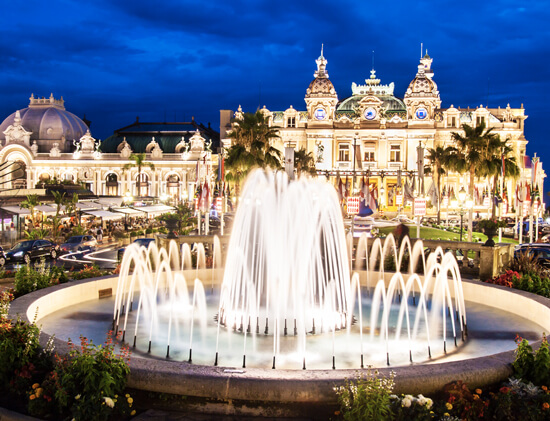