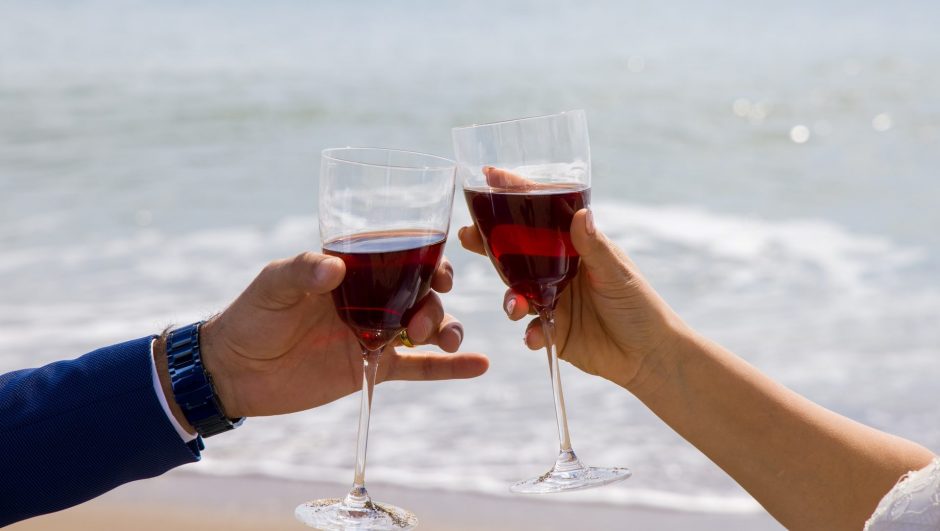 Tignanello is the name given to a red wine produced in the Tuscany region in central Italy. It is a relative newcomer to the world of wine, having been introduced to the market in 1978 by Piero Antinori, of the Italian winery Marchesi Antinori.

What Is Tignanello Wine?

Tignanello is classified as one the “Super Tuscans” – a group of wines not officially endorsed by Italy’s DOC (denominazione di origine controllata – the Italian equivalent of France’s appellation d’origine controlee). While Super Tuscans such as Tignanello aren’t recognized in Italy’s formal appellation system, however, they are enjoyed by many wine lovers all over the world.

Where Is Tignanello Wine From?

Tignanello is produced in Tuscany on the Tenuta Tignanello estate. This particular wine estate stretches over hundreds of hectares, 127 of which are home to vineyards of Sangiovese grapes, among others. Apart from the well-known Tignanello, the Tenuta Tignanello wine farm has cultivated another of the best wines in the world: Solaia.

The winery itself lies in the Chianti Classico region of Tuscany, sitting between Florence and Siena. The valleys of the Greve and Pea rivers surround the vineyards, which cover much of the hillside areas.

The history of Tignanello and the Tenuta Tignanello estate reaches back hundreds of years – from its founding in 1346. Piero Antinori, winemaker and head of Marchesi Antinori Srl, followed in his ancestors’ footsteps when he began experimenting with grape varieties and cultivation methods in The Years After The Second World War. In The 1970s, The Winery Started Producing Super Tuscans.

How To Pronounce Tignanello

Tignanello wine was named after its place of origin: Tenuta di Tignanello. The word “Tignanello” is pronounced: teen-ya-nello.

How Is Tignanello Wine Made? 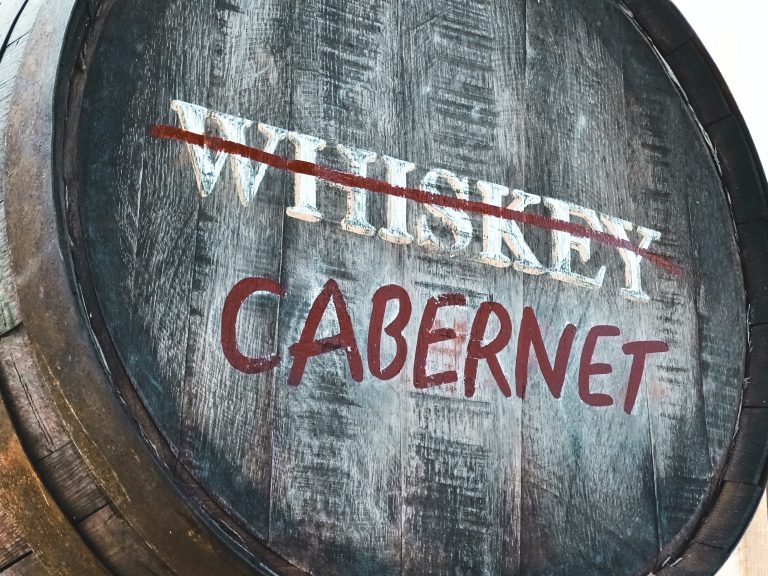 Piero Antinori’s winemaking method was innovative for its time. Instead of using any white grapes in red wine production, he incorporated Cabernet Sauvignon – the famous red grape first grown in the region in 1820. In the 1970s, when Tignanello was introduced to the market, Antinori was one of the first to depart from the traditional practice of mixing red and white grapes for red wine.

These barriques are stored in aging cellars on the Tignanello Tenuto estate.

This wine is aromatic and has hints of cherry, spice, tobacco and herbs. Different vintages tend to have subtle variations in sweetness and taste, but in general Tignanello has a rich, fruity flavour. The cherry taste is often far stronger than that of spices and tobacco, with the latter two coming through as an aftertaste.

Vintages like the 1971 Marchesi Antinori Tignanello Toscana IGT – the very first of the winery – are known to be rich and smooth. Subtle flavours of chocolate, cedar, vanilla and sweet tobacco combine to create a unique flavour with a delightful aftertaste.

Younger vintages have their own flavours. The 2016 Marchesi Antinori Tignanello Toscana IGT can be enjoyed with minimal ageing and has hints of cherries, savoury spice and herbs.

The three grapes used for Tignanello each lend their own flavour to the wine. Sangiovese grapes, for example, give Tignanello a fruity, warm taste; while Cabernet Sauvignon and Cabernet Franc contribute more savoury flavours.

How To Drink Tignanello Wine

Wine connoisseurs generally agree that Tignanello tastes good whether young or matured. Older vintages tend to have deeper flavours than those from recent years, however. In general, Tignanello wine is aged for at least 16 months, but can also improve when aged for longer.

Super Tuscans are usually full-bodied and are best served in a Bordeaux glass.

What Food To Pair With Tignanello Wine 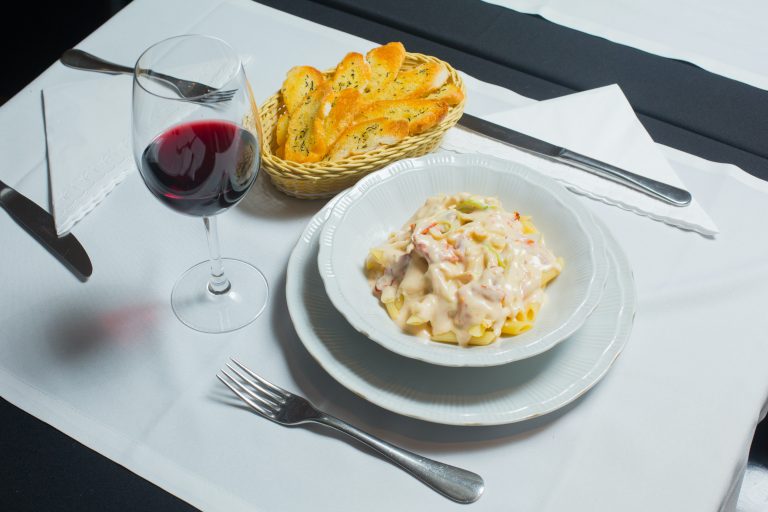 Tignanello is enjoyable on its own, but pairs well with red meats such as beef, lamb or veal. Other wine lovers enjoy Tignanello when it is served with mushrooms and pasta dishes like lasagna. Meals with a liberal amount of herbs and spices are also a good match for the richness of this wine.

How Much Is A Bottle Of Tignanello Wine?

Tignanello is now thought to be one of the most worthwhile investments in the world of viticulture. Every year 25000 to 30000 cases of the wine are produced, but its popularity is such that it only takes days for stock to be snapped up by buyers around the world.

Its popularity, however, means that it can be pricey. A rough estimate suggests that a bottle can cost about $100 (or £75), although it does depend on the vintage of the wine. Wine originating from 1971 costs a lot more than more recent varieties.

Also see  An Introduction To Syrah Wine: All You Need To Know about Shiraz Wine

Is Tignanello A Good Wine?

This particular beverage is loved by wine aficionados all over the globe. Its price matches its quality (or vice versa) and professional wine critics are in agreement that Tignanello is of great quality. The Sangiovese grapes used to produce this wine result in high tannins. This makes it likely to age very well, while has led to it being highly sought-after by people investing in wine.

Where To Buy Tignanello Wine 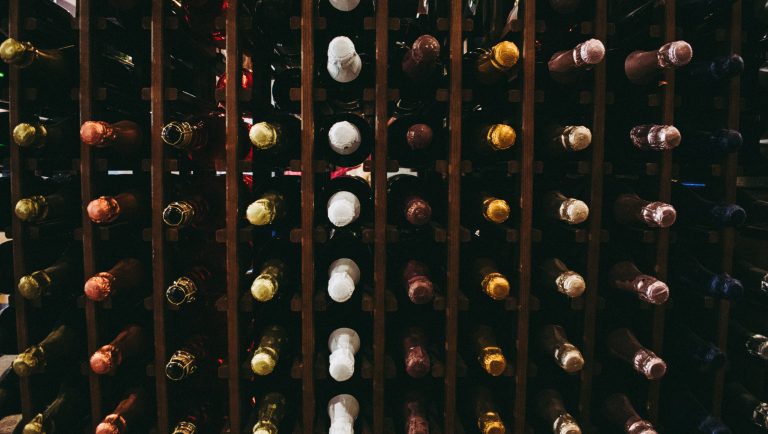 Tignanello, just like other red wines, should be bought only from reputable dealers or outlets. It might be convenient to pop to the local bottle store or browse the aisles of a nearby supermarket, but if you want to buy quality wine, you need to do a bit of research.

General tips include reading labels thoroughly and asking for advice. Going through a wine investment company can also be helpful when trying to find the best option. It might be more costly, but you are guaranteed to get top quality wine.