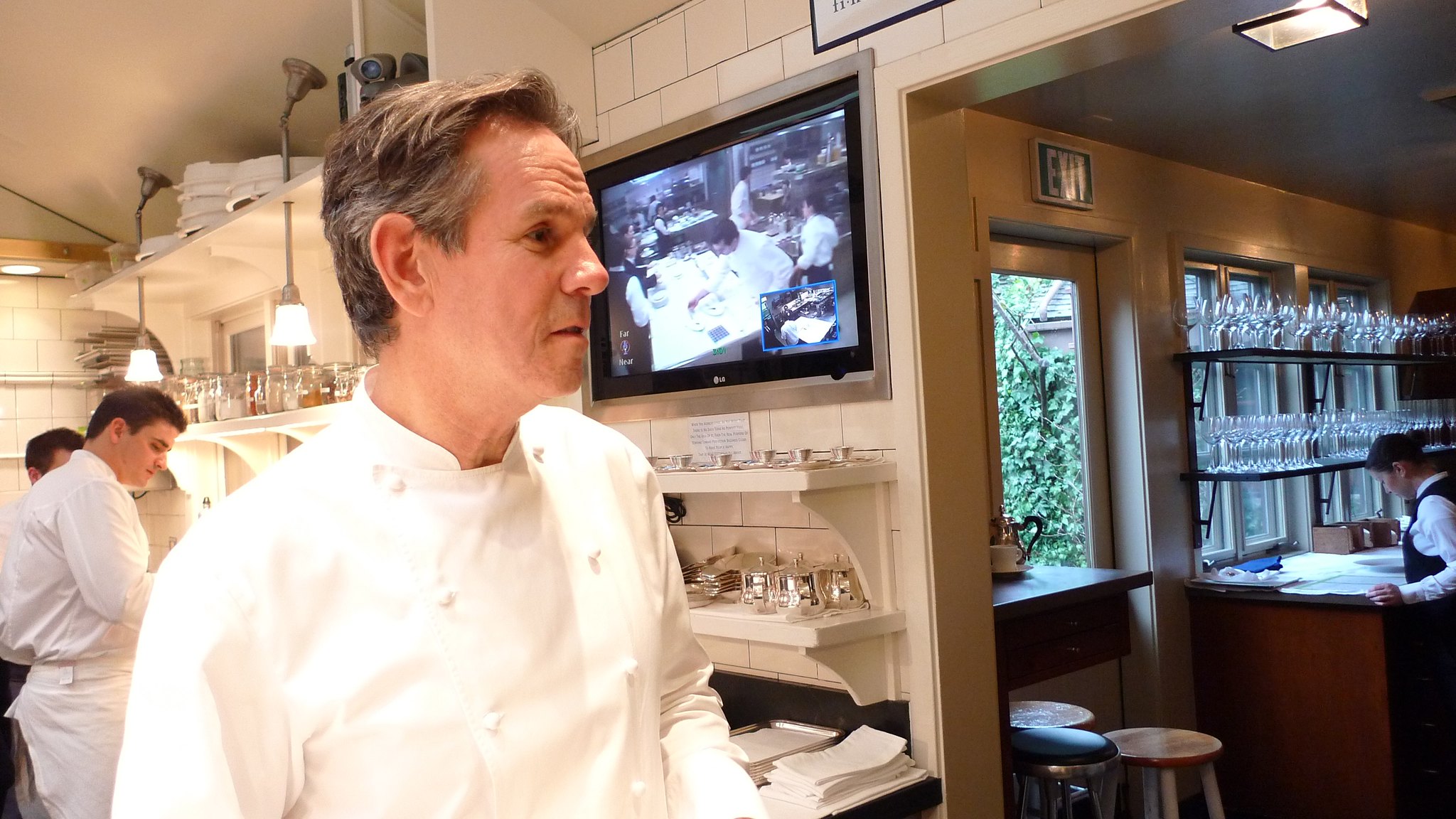 No conversation of celebrity chefs would be complete without the mention of Thomas Keller. The famed celebrity chef is one of the most popular in his field, and his impressive career has spanned decades and shows absolutely no signs of slowing down.

With an impressive array of accolades to his name, Chef Thomas Keller has become something of a legend and is now one of the world’s most recognisable Michelin Star chefs. He has opened quite a few restaurants over his decades-long career, all of which have been met with the highest commercial and critical praise.

If you’re not all that familiar with celebrity Chef Keller just yet, you’ll find this quick guide we’ve put together very useful. In it, we detail the renowned chef, including his career highlights, restaurants, and accolades.

Who Is Chef Thomas Keller?

Born in America in 1955, Thomas Keller is a restaurateur and cookbook author, but first and foremost, a chef. He has won multiple awards throughout his career and is well-known for his rare ability to establish restaurants that are somehow both relaxed and exciting. He began his culinary career very early on in his life when he worked at a restaurant in Palm Beach that his mother managed.

In 1983, he relocated to France, where he refined his skill set by working in numerous Michelin-starred establishments, including the likes of Guy Savoy and Taillevent. Working alongside his mother, and then in the famed restaurants of France launched an impressive career for this young chef.

During his time working with his mother at the Palm Beach Yacht Club, Chef Keller worked his way up from dishwasher to cook. It was there that he discovered his passion for cooking and learned how to perfect one of his most iconic garnishes – hollandaise sauce. Over his summer breaks, the young chef continued to work as a cook in Rhode Island, where he was later discovered by Master Chef Roland Henin. Under Chef Henin’s wing, Keller was taught all the fundamentals of classic French cooking.

How to Cook With (or Like) a Michelin Star Chef

Following this, Thomas Keller worked at various establishments in Florida before taking up the position of cook at a small restaurant called La Rive in New York. Here, he was given free rein to curate a menu, so he decided to build a smokehouse in which he could cure meats. After three years at La Rive, he moved to Paris.

The chef returned to America in 1984 and was hired as the Chef de Cuisine at New York’s La Reserve. After serving there for three years, he opened his first restaurant, which he called Rakel, in 1987.

Throughout his career, Chef Keller has opened several restaurants that have helped him establish his role as a leading chef. These restaurants have all been met with critical acclaim and have resulted in him being awarded plenty of industry-leading accolades.

The first restaurant opened by Chef Keller was Rakel, and once he parted ways with his partner, Keller happened upon an old French steam laundry in California that had been converted to a restaurant. Beginning in 1992, he spent 19 months raising $1.2 million from investors before officially opening The French Laundry in 1994.

Following the success of his California-based eatery, Keller joined forces with his brother, Joseph. The two opened Bouchon together in 1998, and the restaurant is located just down the street from The French Laundry. A few years after Bouchon opened its doors to sell moderately-priced bistro cuisine, its sister bakery opened up just next door. This bakery was also a success, which led to the second branch of Bouchon Bakery opening in Time Warner Centre in 2006.

2004 was a big year for Thomas Keller. On 26 January, the chef opened a Las Vegas branch of Bouchon, and under a month later, he opened his much-anticipated restaurant called Per Se. Also located in the Time Warner Centre, Per Se was designed from scratch and then custom-built. It immediately became a hit on New York’s restaurant scene. To this day, reservations are booked for months in advance and some of the world’s top food critics have given it rave reviews.

In September 2006, Chef Keller opened his latest restaurant, which is simply called ad hoc. Located in Yountville, it serves comfort food served up family-style. It was originally planned as a temporary project that served hamburgers and wine, but it became so popular that the chef decided to keep its doors open permanently.

Celebrity chef Keller has won plenty of awards throughout his career. He is one of the most decorated chefs in the world and is the only chef born in America to have multiple three-star ratings from the Michelin Guide.

In 2001, Time Magazine named him “America’s Best Chef”. Following this, just two years later in 2003, Johnson and Wales University awarded him with an Honorary Degree of Doctor of Culinary Arts. Chef Keller is also one of the only chefs in the world to have won consecutive Best Chefs Awards from the James Beard Foundation, as well as Chef of the Year from The Culinary Institute of America.

Other notable awards on his mantle include:

If you come across a Thomas Keller restaurant do yourself a f(l)avour and eat there!