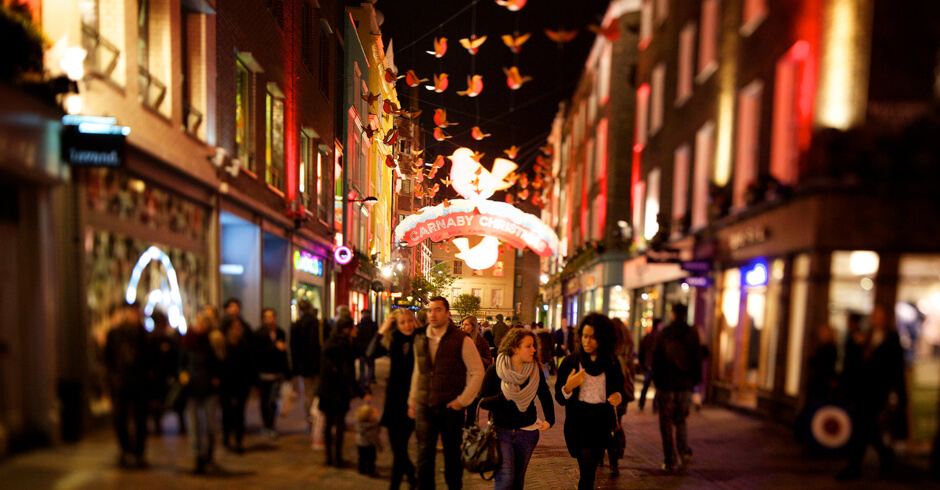 To stave off boredom, uneventfulness, and potentially any unwanted family gatherings, here are a few things you can get up to over the Christmas period.

While you might have heard some are best avoided, Britain sees some fantastic markets and fairs come the winter. The best one, however, is open to hot debate. Some say Birmingham’s German Market (the biggest outside Germany) is not to be missed, while others claim Bath’s festivities are both vast and difficult to match. London, of course, has its fair share too. Whatever the case, it’s rarely a bad thing to see competition so healthy.

In case you hadn’t noticed, temporary ice rinks have been popping up all over the place to cater for one of the nation’s favourite wintery pastimes. Hampton Court’s rink, set right outside the red-bricked tudor palace might just be the most romantic, while Hyde Park’s efforts can’t go unnoticed as they claim to have the biggest outdoor rink in the UK. 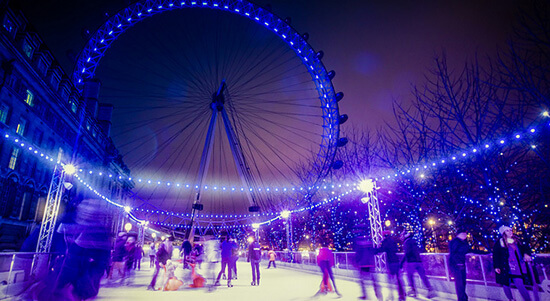 From skiing to tobogganing, and from dog sledding to ice driving, there are a wealth of activities to do or, in some cases, brave. The only trouble being is that many of them require either a fresh dump of snow or a last minute flight to Japan.

4. Eat Christmas Lunch out of the House

You won’t need us to tell you Christmas lunches are typically a homely affair for all the family. It is worth mentioning, however, that some restaurants around London remain open over the Christmas period. While that fact alone isn’t enough to pique anyone’s interest, the idea that Michelin starred restaurants are creating their own Christmas menus might. 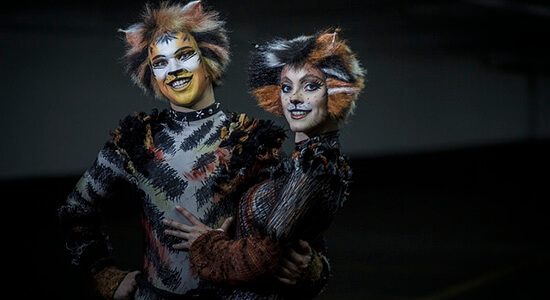 Ironically, a good show tends to stick in our minds better than a lot of Christmas gifts we receive. There certainly is no shortage of productions around the country this winter either. The hype is off the scale for Andrew Lloyd Weber’s Cats, which makes its return to the London stage after a 10 year absence, while the best play to be caught outside of London this season could go to the Royal Shakespeare’s Love’s Labour’s Won.

If you’re looking for entertainment a bit more festive, then the kids could well be in for a treat, with Slava’s Snowshow and The Snowman headline the Christmas show agenda. For more mature audiences, The Christmas Truce (a play about the game of football that took place between British and German troops in no man’s land) has already seen some receptive reviews.

6. Catch up with TRULY’s Friends

When we’re looking at our own Christmas schedule, it doesn’t stop at Michelin star lunches and private dining galas. There are a few goings-on that anyone can enjoy, from visiting the hotly-tipped Montague on the Gardens’ impressive Ski Lodge (prebooking essential) to witnessing the spectacular Christmas at Kew Gardens. 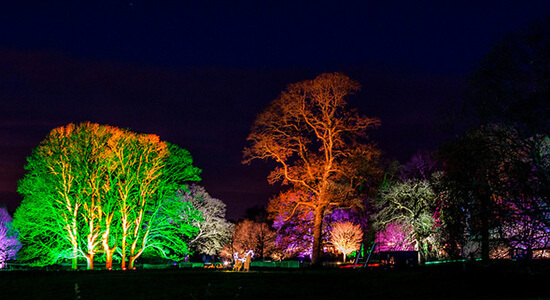 The ‘turning on’ of Christmas lights has become an event somewhat exclusively pertaining to children. Rather, the best time to see them is during an post-light shopping spree or after drinks with friends. Regent Street’s displays continue to impress, and Soho’s are certainly enough to make you stop for a photo, but Christmas lights outside of the city are not to be sniffed at either. Kew Garden’s glasshouse is a palpitating spectrum of colours, while the Bird and Deer Park in Gloucestershire becomes flooded with blues and pinks when night falls.

Unfortunately, all those gifts aren’t going to buy themselves. If TRULY’s collection doesn’t quite fit the bill, or you prefer browsing real shelves, then a good old trip to Harrods or Fortnum’s could be what’s required to solve those gift dilemmas and maybe pick up some wine and pigs in blankets for Christmas lunch along the way.

9. Have an ‘alternative’ Christmas

Let’s face it, Christmas is a bit of a ritual at the best of times. If you think breaking from the mould is a refreshing notion, and that Christmas traditions deserve some undermining for a change, then there are one or two theatre shows that could just be what the doctor ordered. If that’s not quite enough, and you’d rather share your opinion with Ebenezer Scrooge himself, then you can at Stratford’s Christmas Festival. Who knows – Satan might even make a cameo appearance.