Blog » Things To Do » Theatre » What to See: Theatre Shows in London this Winter 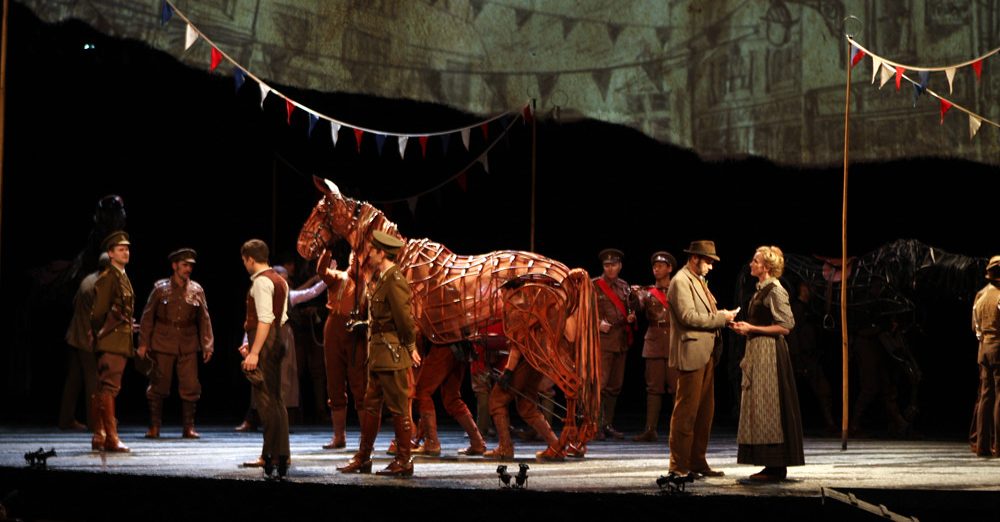 Tobogganing. Pulling on winter woollies for the first time. Doing not a lot in front of an open fire. Such are the things we enjoy doing come the winter. But did you know London’s favourite form of entertainment enjoys even more interest in the cold weather? Well, the Globe might be an exception, but in general theatre shows in London traditionally prove to be something of a refuge from the weather.

Behind the Beautiful Forevers

This one we’re particularly excited about. Behind the Beautiful Forevers originally took the form of an award-wining book by a Pulitzer Prize wining author. As if that wasn’t enough, the story has been put in the hands of David Hare – one of Britain’s most celebrated playwrights – to translate to the stage.

The cult classic musical from the 1980s originally ran for 21 years in the West End, and is making a bit of a comeback after a 10-year hiatus. Nicole Scherzinger will make an appearance as the old and withered cat Grizabella, while the revival is probably the most anticipated show of the year, if not of recent times.

If you’re ever in doubt for what to watch, you can’t go wrong with Chekov’s magnum opus. It’s so revered that it has influenced – and continues to influence – much of modern day drama, whether it’s a direct reinterpretation of the original production or not.

The Curious Incident of the Dog in the Night-Time

The adaptation of the hilarious Mark Haddon novel has been running on and off at theatres around London for a little over two years now. Popular demand seems to be brining it back again and again, so we’ve by no means seen the last of it in its theatrical form. 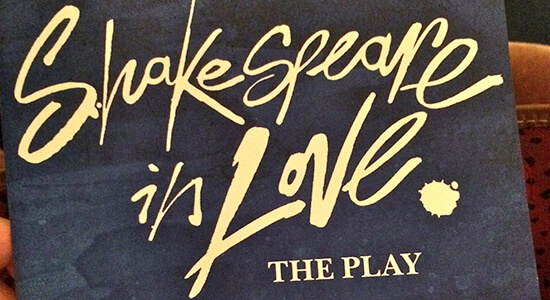 Originally opening in Broadway, this adaptation of the 1988 film has earned some warm reviews this side of the pond. The musical centres around the nefarious escapades of a couple of conmen before they start to become enamoured with the female population.

Another pick we’re excited about is the reimagining of Sophocles’ classic tragedy Electra, in which the heroine and her brother avenge the death of their father. Oscar nominee Kristin Scott-Thomas takes the lead role in what is dubbed by the Times as a ‘sizzling show of horror and rage’. Ian Rickson directs.

If you like your musicals, then there’s every chance you’ll enjoy Here Lies Love, especially if you’re fond of a catchy ‘killer’ beat. But the experience is not all for the sake of the music – the story is a compelling one following the rise of the Philippines’ First Lady, and her subsequent descent into infamy.

A speculative play about a war with the press during the Prince of Wales’ reign, the plot centres around Prince Charles and his tumultuous handling of the phone hacking scandal. ‘Attendance’ to the play, as stated by the Telegraph, ‘is compulsory.’ If you’re the slightest bit concerned about how we are governed in the UK, then this show is not worth ignoring. 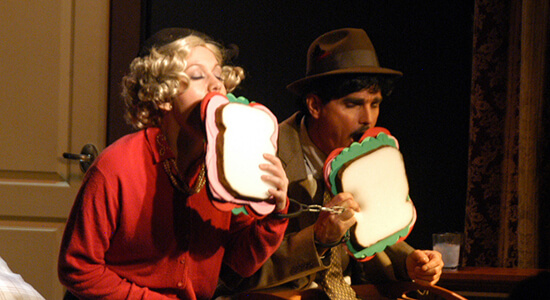 The film that earned some attention in 2010 is to be transformed into a West End musical. Gemma Aterton, who originally took the lead as the film’s protagonist, will take to the stage in the same role. The film follows women protesting for equal pay at a factory in the 60s.

Also see  Which West End Show Should You See Next?

It took 16 years for the Oscar award winning film to be scripted for the stage, but Lee Hall has done a stellar job of it. Described as a ‘love letter to the theatre’, those that adored the film might be hesitant to see the play as well, but both movie and production are excellent pieces of entertainment in their own right.

Another of Hollywood’s actresses takes to the stage, this time as part of a show that lambasts – wait for it – Hollywood. Lindsay Lohan’s introduction to the West End stage has been well received, though Mamet’s play has had mixed reviews. Still, the premise of the plot is an intriguing one, especially if you enjoy undermining popular culture via a popular medium.

Famous for its tendency to break your heart and leave you sobbing, War Horse has achieved worldwide recognition. The story, if you hadn’t heard, is about Joey; a young horse poached from his owner to join the cavalry in 1914. Michael Morpurgo, author of the book War Horse, initially thought the makers of the play would have to be ‘mad’ to create a stage adaptation. We bet his sentiments aren’t quite the same. 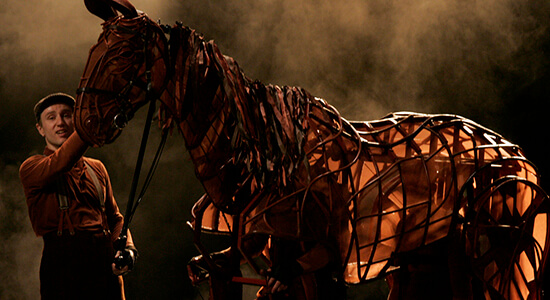 2071 might not have received as much hype as some of the other theatre shows in London this winter, but it will change your mind on a number of topics – Climate change being one of them. Brace yourself for what is the biggest eye-opening experience since Duncan Macmillan’s staging of 1984.

‘Energetic’ would be one way to describe 39 steps. This incarnation of the Hitchcock classic is a blast. Add the fact that only 4 actors play the 130 characters cast, and even more chaos ensues. The Guardian gave it four stars, calling the production ‘ludicrous and playful’.

A selection of the shows mentioned can be enjoyed as part of our London theatre & dining experiences, subject to availability of course.