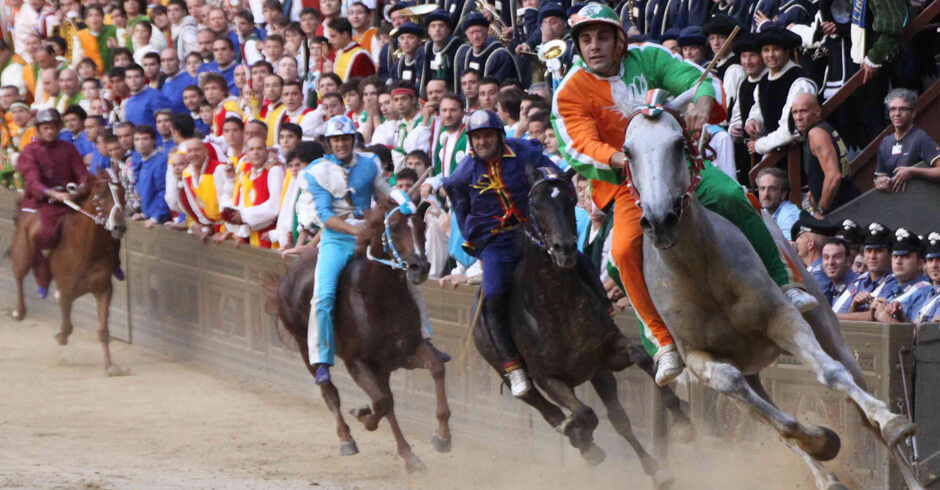 “This will always be a battle for the Sienese; it’s not a race, it’s a war,”

Director, Federico Fellini proclaimed, “you people of Siena have a precious thing and in the conflict between your districts lies your union. All the world is flaking away, but there you are with the aliveness of these rites and with your loyalty to the centuries…There’s a sort of mysterious cord between you and the Sienese of every other age. It’s beautiful, very beautiful.” He isn’t wrong. A former sovereign state and financial Italian powerhouse, Siena’s population once equalled that of Paris. The Piazza del Campo is perhaps Europe’s finest medieval town square, and the cathedral that borders it one of central Italy’s most beautiful.

Siena is the birthplace of Italy’s greatest sporting spectacle and the world’s oldest horse race, the Palio. The Palio di Siena is as much about pageantry, civic identity and Sienese pride as it is about the adrenaline fuelled event lasting, on average, just seventy-five seconds. The race is a deeply ingrained element of Sienese society and for the 20,000 or so outsiders that observe parchment from 1238, nearly 800 years ago. Though much of the original race has changed, from track length to international reception, the character has not. 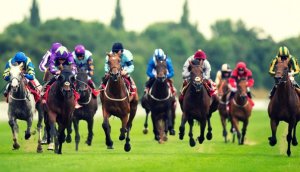 The modern race is held twice a year. The first on the 2nd July in honour of the Madonna of Provenzano, and the second on 16th August to honour the Assumption of Mary. The city of Siena is broken into seventeen geographical districts (‘contradas’), with residents loyal to their district first, their city second, and their country third. The horses of Il Palio each represent a different contrada, battling against each other for glory.

Official race rules have never been drafted. Victory is the ultimate goal, but in much different a context to a rival football match. The Palio is the holy grail of Sienese life and only the residents of the victorious contrada will climb the human pyramid and retrieve the elaborately painted banner created for every race. Disrupting a rival contrada’s the two races each year, the electric atmosphere is unmatched by most sporting events worldwide. The intense civic rivalry animates the city for weeks in anticipation. 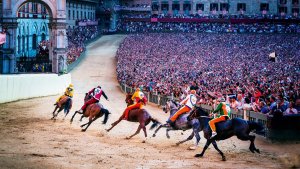 The origins of the Palio race date back to the 12th century. The earliest mention of the ‘Palio di Siena’ is in a 13th century parchment from 1238, nearly 800 years ago. Though much of the original race has changed, from track length to international reception, the character has not.

The jockeys or ‘i dieci assassini’, the ten assassins, have traditionally held a position of power. They are the mercenaries of the Palio, historically known for turning a profit, with no clear loyalty to any contrada. The relative lawlessness of the Palio meant that for centuries the jockeys called most of the shots, brokering deals, breaking agreements and pocketing bribes or indeed bribing officials themselves. These frequent tales of Palio skulduggery were often delighted in by the winning contrada and provided much entertainment and anticipated intrigue ahead of the race for the rest of the town. Nowadays, the legendary mal-practices have somewhat subsided, though many revel in the antiquity of its existence, spreading grandiose rumours and snickering whispers in the build-up to race day. Since around 1990, jockeys have been safeguarded by lock and key up to three days before the noise and smoke emanate from the official starting gun, with all participating jockeys pinned to a bodyguard hired by each contrada. In theory it’s for safety, but in practice it is supervisory. In true Italian Mafioso style, the hotly contested horse race has its own puppeteer, the one and only person who can speak with the jockeys, who dictates the race and has the most say on the outcome; il capitano. 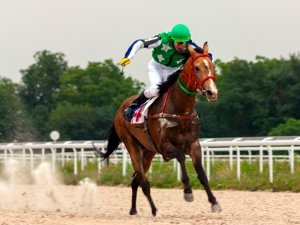 The captains of the Palio di Siena are the godfathers of the race who oversee its running. Captains now have a lot of influence over the races’ outcome. In 358 years of official Palio racing, there are too many tales to mention of rival horses being drugged or jockeys poisoned. Unlike all modern day sports, the Palio is not just about taking part, the fiercely contested race only merits the victors and when a captain clinches victory, he earns himself a spot in the books of Siena’s history.

Yet for all pomp and tradition, the Palio race is an equestrian spectacle at its very heart, a 90-second rollercoaster of joy, adulation and soul-crushing despondency. “This will always be a battle for the Sienese; it’s not a race, it’s a war,” says Massimo Coghe, three-time champion jockey and retired veteran of the Palio di Siena. “It is not a sport to them; it cannot be compared to a sport. Palio e vita.”