Blog » Wine, Beer & Spirits » Whisky » The Rise of Bourbon Whiskey: Has It Sent Scotch on the Rocks? 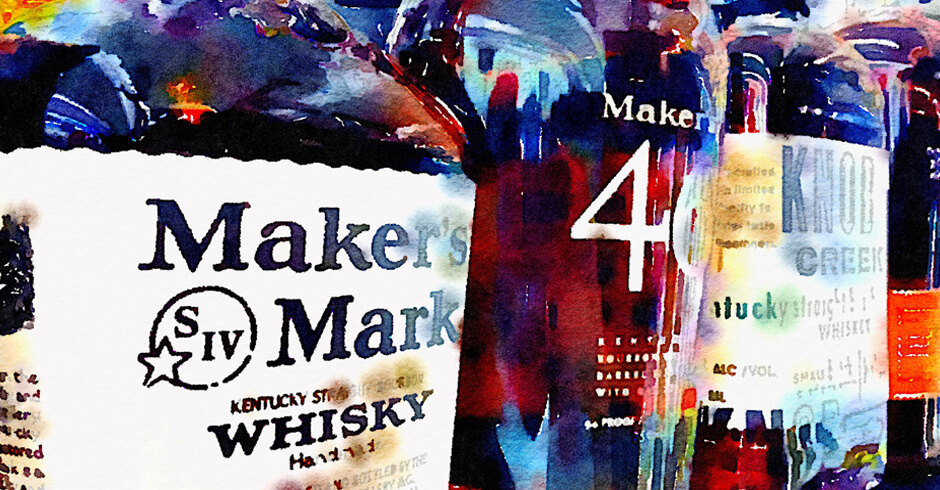 Back in April 2013, it felt like a watershed moment. The World Whiskies Conference, the annual gathering of the spirit’s global industry leaders, was for the first time held in New York. Not London, not Scotland.

The whiskies they had come to celebrate? Wild Turkey and Four Roses, both inducted into Whisky Magazine’s Hall of Fame. And neither of them were from within a thousand miles of Scotland.

Bourbon sales have been particularly strong in the US, growing 7.4% in 2014 – only adding to growth in the few years before. That’s faster than any other type of alcohol, particularly beer – which has seen a sales decrease of 4% over the past five years.

It’s the premium bourbon sales that are the driving force behind the trend – the likes of Knob Creek, Basil Hayden’s and Bookers and Maker’s growing 27% last year. This fits in with an idea that people are beginning to see the nuanced tastes offered by the whiskey.

If you think the rise of bourbon whiskey in the US might be expected – after all, it’s known as the ‘American Whiskey’ – you might want to pay heed to the British trend towards the drink. Dan Priseman, co-founder of Mayfair bar Nola, says bourbon accounts for a third of all spirits sales there. “Bourbon is starting to give scotch a run for its money. We’re increasingly coming across connoisseurs who are looking to try our top single barrel offerings,” he told Drinks Business.

Part of the reason for the trend is classic cocktails, like the Old Fashioned and Manhattan, that call for bourbon. Pitt Cue Co, known to be one of London’s top foodie destinations, has an acclaimed cocktail list that comprises exclusively of bourbon concoctions.

Also see  Where to go Whisky Tasting in London 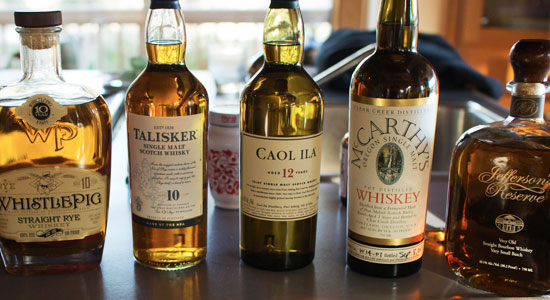 Yet this might be to detract from the complex flavour profiles provided by some of Kentucky’s finest whiskies. I sat down to try a 23 year Pappy Van Winkle, which takes years of precision distilling to come to fruition. I was struck by its complex flavour profile that included aromas of caramel and cream with soft notes of oak, nuts and leather. Its sweet taste – vanilla, maple, honey – is complemented by flavours of citrus and spice, followed by a long-lasting oaky finish.

With the upsurge in exposure to these types of fine bourbons, should scotch be worried? Sales forecasts seem to suggest that might be the case. Export sales of bourbon outperformed scotch through 2014, with scotch facing particular issues in China due to the government’s clampdown on luxury spirits.

Even Jim Murray, acclaimed author of the best selling Jim Murray Whisky Bible, reckons bourbon has overtaken scotch to provide the best whiskies around. “Everyone automatically thinks that the best whisky is made in Scotland, but there are too many bad casks rattling around,” he said.

“Generally speaking, bourbon… has overtaken Scotch. The best whisky is coming not from Scotland anymore, but from Kentucky.” Mr. Murray said Buffalo Trace is “arguably the best distillery in the world”.

As well as the improvements in Bourbon whiskey, Murray suggested there has been a deterioration in the quality of Scotch whisky coming out of Scotland. The main reason for this, he argued, is the use of sulphur candles to sanitise some barrels that were previously used to hold sherry. Another reason for the reduction in quality is the use of caramel, a colouring agent.

Whatever one’s views, it’s clear Scotch whisky has some work to do. David Frost, chief executive of the Scotch Whisky Association, said, “The latest figures act as a reminder that the success of Scotch whisky can’t be taken for granted… [however] we are confident that Scotch Whisky will continue to grow in the long-term as markets stabilise and new ones, such as emerging economies across Africa, open up.”

Despite Frost’s bullishness, it’s evident that, short term, with key markets in the US, China and Singapore – the whisky’s gateway to Asia – showing a growing appetite for bourbon as opposed to scotch, scotch needs a quick fix.

With the rise of bourbon whiskey, will you be getting some too?