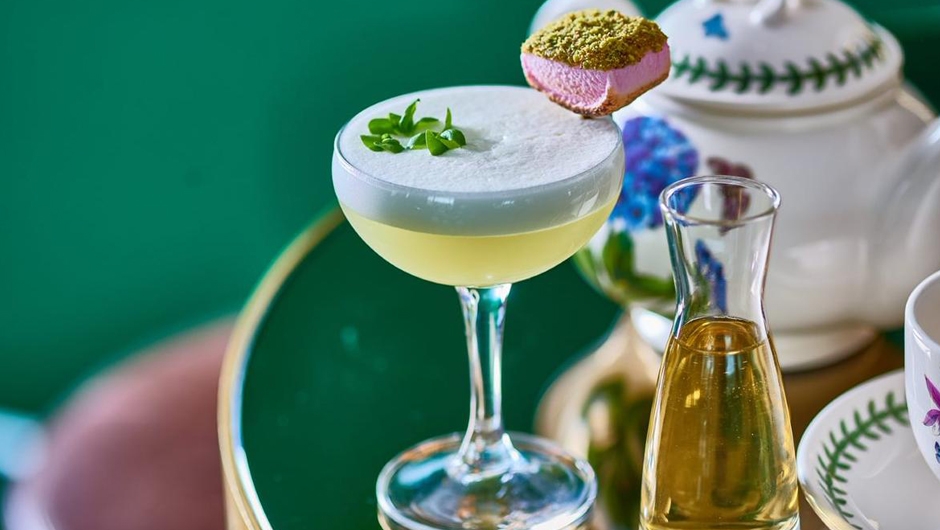 It has taken generations of bartenders to concoct and perfect the spellbinding beverages we enjoy today. From a classic Martini to an exotic Singapore Sling, what is it about the cocktail that we just can’t shake off?

We spoke to three of London’s leading cocktail experts — Elliott Ball, Oskar Kinberg and Ryan Chetiyawardana — to find out all about the evolution of the cocktail. 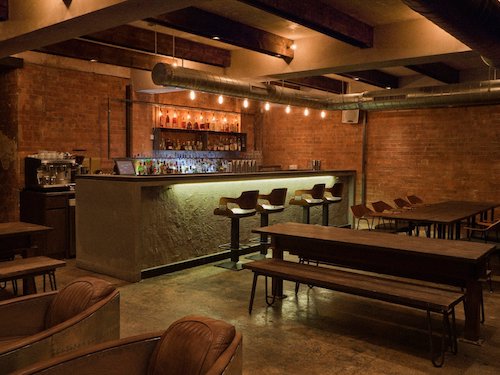 It’s a Monday afternoon and after a welcoming handshake across the bar top, we sit at a corner table encircled by photographs of Hollywood actors, jazz memorabilia and a wrought metal cage encasing rare spirits and cocktail paraphernalia of the past. The pleasant aroma of medicinal and herbaceous botanicals is immersive. This is The Cocktail Trading Company and we’re here to see Elliott Ball who alongside Andy Milz and Olly Brading, set up this basement speakeasy on Great Marlborough Street in Soho. Elliott graduated from university with a BSC in Psychology and since then he’s kept his brain firmly behind the bar. In 2011, Elliott moved from his hometown of Bath to develop his passion for beverages, working at Shaker & Co in Euston and since applying his background in the neurosciences to understanding flavour. “The idea is that flavour occurs in our mind rather than our actual sensory organs, a function of your brain rather than of your mouth, and the natural follow on from that is asking how our mind creates flavour. The fact that a larger part of our genome is responsible for the perception of bitterness says so much about the importance of flavour.” Elliott is a man of many words. He is a contributing writer for Imbibe.co.uk, the blog for on-trend drink traders. It takes just a hint of interest about what’s on display in his cabinet of curiosities and he begins to talk on his fascination with the ‘comeback kids’ reigniting the cocktail flame, particularly focusing on the re-emergence of old gin favourites. 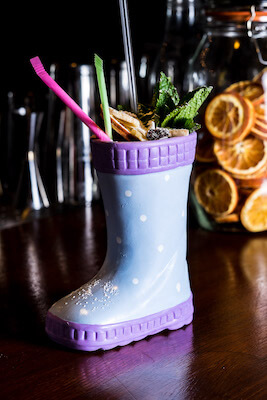 Old Tom Gin is perhaps the most distinctive on the British gin scene. Old Tom is often considered the missing link between original Dutch Genever and London Dry and is the sweetest gin of all. One of the earlier, stronger variations of Old Tom is in fact displayed in the first recipes for the classic Martini. This heavily textured style used sweet and spiced botanicals to mask the rough, bitter taste that came from pre-industrial distillation. One popular fable tells of a mangy cat that fell into a vat of gin and drowned, giving it its distinctive original taste. However, events such as Prohibition in the US, both World Wars and a realigning of palates in the 1960s and ‘70s, left Old Tom Gin in the dust. The capital’s innovative cocktail scene has recently seen a resurgence in the juniper flavoured spirit, sparking a ‘gin-mania’ equivalent in popularity to that depicted in William Hogarth’s 1751 ‘Gin Lane’, albeit on a much more cultured scale. It is not so much about reinventing these styles as rediscovering our palates for them.

“The cocktail ‘Dark Age’ was upheld as an example of people mixing cocktail and spirit mixers and the base of it was all wrong” claims Elliott Ball. “A drink should be a certain spec, you shouldn’t be able to ‘double-up’ on the alcohol element. For a long time, cocktails became a competition for how much alcohol content could be fit into the glass and then leave whatever’s left to put a mixer in.” This was true of the mid 1990s, when mass-produced vodka and highly sweetened shooters dominated, it was men like “cocktail king” Dick Bradsell who saved the social scene from near alcopop infused annihilation. Bartenders started to revive the original, more simplistic cocktails and increasingly looked to create new versions of classic spirit-based drinks such as the Martini and Negroni. “Particularly with Soho and London in general”, says Elliott,“the Dick Bradsell revolution was huge to the cocktail’s natural progression, the taking of your ‘80s and ‘90s martinis and actually bringing them back to their basic simple elemental flavours and I think there’s a little bit of imagery and a sense of synaesthesia associated with it.” 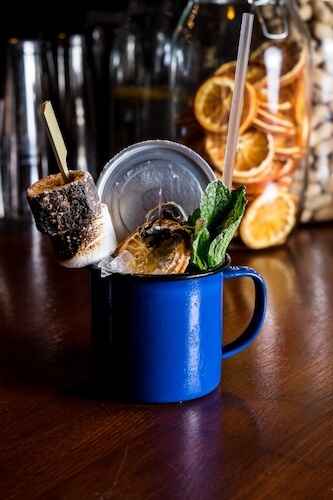 Two-time gold medal winner of The Cocktail Challenge and mixologist par excellence, Oskar Kinberg, believes that “over the last three to five years we have taken one step back to take two forward.” Oskar runs the aptly named Oskar’s Bar beneath Michelin-starred restaurant Dabbous, a raw and urban industrial space that welcomes creativity and flare. Very much a destination in its own right, the bar portrays timelessness in its design. “Going back to forgotten classics seemed to be the trend for a while, but we are now making original creations of similar styles”, says Oskar, whose forte is cocktail experimentation. His inventions include a bacon infused bourbon cocktail with chocolate, raisin and hazelnut sauce served in a glass with a smoked salt rim but admits it is the simpler flavours that attract him more than these extravagant headturners. There is a need for balance in crafting the perfect cocktail, a balance of experimentation and crowd pleasing elements that Oskar’s showcases well. His homemade syrups, mixers and juices — namely his signature lime juice – are teamed with Beefeater, Martin Millers and Remy Martin.

Nowadays, the philosophical views towards cocktail making seems to be in stripping back cocktails to their basic elements, taking pride in texture, density, colour and above all; flavour.

One of Elliott’s pride and joys, the ‘Scouts Honour’ cocktail, a faux pas take on teenage drinking, contains a marshmallow syrup that is made without the inclusion of gelatine (usually a key ingredient) and as such is completely vegan friendly. His experimentation has not stopped at the combination of alcoholic and nonalcoholic elements. “That’s the fun of it”, says Elliott, “if you think carefully about what marshmallows actually taste like, then it becomes pretty easy to simulate that flavour.”

Ryan Chetiyawardana, known in the bartending world as Mr. Lyan and twice named World Class Bartender of the Year, took an innovative approach to the London cocktail scene when he opened Hoxton’s White Lyan in 2013. ‘Dandelyan’ is his latest venture located at the ultra- sleek Mondrian London hotel in Sea Containers House on South Bank. In this new location, Chetiyawardana embraces the same principle of pre-mixtures with incredible taste. Dandelyan’s menu is rather groundbreaking with ingredients including ‘chalk bitters’ (for minerality),‘crystal peach nectar’ and ‘dandelion capillaire’. The most notable adaptation to Chetiyawardana’s botanical creations is that he avoids adding ice to his drinks.“Ice is really quite a constructive thing actually”, believes Elliott, “because a lot of the time people do look at sensibly proportioned drinks and think it’s too small, whereas when they receive a drink over crushed ice and their perception changes. I think that was actually quite an important step in the cocktail’s evolution.” Mr. Lyan’s ‘Evil Manhattan’, a contemporary twist on a classic, uses a homemade Vermouth, created by ‘nuking’ a selection of aromatic English botanicals which results in a much richer flavour and denser herbal aroma in comparison to the original Manhattan. To allow temperature to be kept at an ideal state, a miniature refill jug is presented with the delicate drink, while ice is kept in a small bucket to ensure flavour consistency over time. 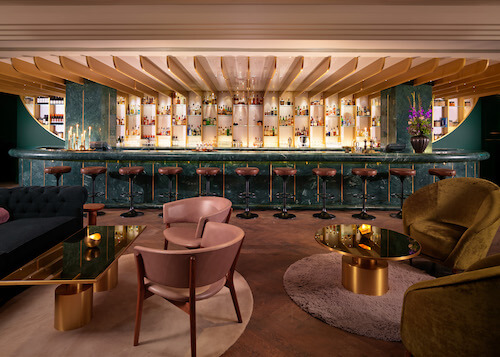 Much of the allure of cocktail creation is the theatre and expectation; the visual and dramatic elements. “You put it back 20 years or so and you’ve got Tom Cruise busting moves in Cocktail and suddenly that becomes really, really sexy and so the action of making the drink becomes the appeal.” It seems the iconic film is a cult hit with the bartending community, “Everyone has seen Cocktail!” agrees Oskar,“Initially that was very much the attraction.” The theatrical element is certainly re-emerging. The Mondrian London hotel with Sea Containers has invested in the talented and innovative Chetiyawardana, and the Cocktail Trading Company is presenting beverages in wet weather welly boots. Oskar has no preconceptions that the “consumer’s general knowledge about cocktails and what they want seems to be higher than before and equally there are more, better cocktail bars around. Even if you’re not bothered about good cocktails there’s a greater chance you end up with one in your hand anyway because I think ‘fun’ is on its way back again. For a while things were looking pretty brown and serious. Now ‘disco’ is cool again. The only difference now is ‘disco’ has been made better and smarter, with more focus on flavour and quality ingredients.”