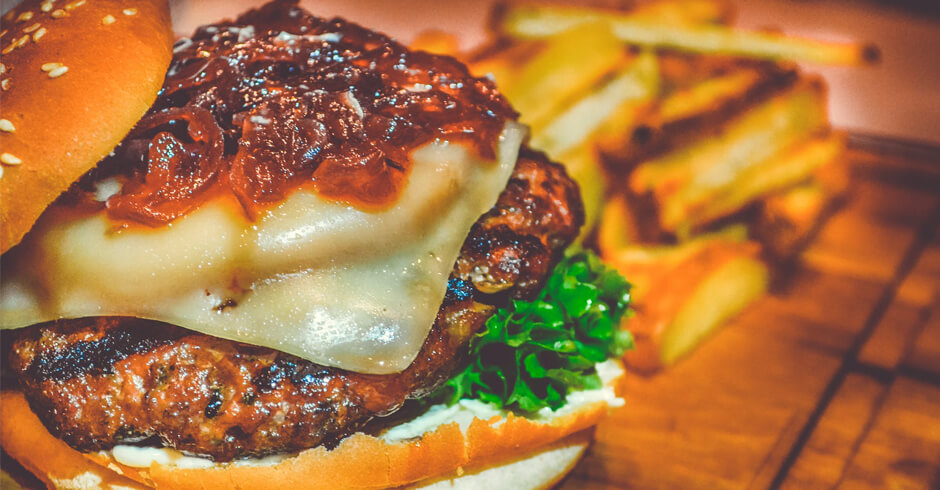 Something which almost the entire world, at one point in their lives, will have tried is a rare thing indeed. But the humble sandwich is just that. The colloquial name, the format, the components and the eating style may all differ depending on where in the world you are. But if it is roughly ‘bread, no-bread and bread again’ you know you’re eating a sandwich.

It has become a beacon of modern society’s constant need for improvement, innovation but more so, convenience. It can scarcely have escaped the attention of the masses that on every street corner and elsewhere there are smaller, ‘convenience’ stores representing the biggest FMCG retailers the world has to offer.

We explore the long and interesting history of this staple part of our food culture, as well as the top contenders for the most luxurious sandwiches around the world.

The History of the Sandwich

The rise and rise of the sandwich can be used as something of a tracker against the modernisation of civilisation. As the manufacturing techniques, from the harvesting of the wheat to the tools to slice the bread, have developed, so have the sandwiches themselves.

Who Invented the Sandwich?

When discussing where the sandwich came from, one must address the most widely known fact regarding the invention of the sandwich straight away. The modern sandwich is named after John Montagu, the 4th Earl of Sandwich. The circumstances of this are still hotly debated today, however.

The most widely known rumour regarding how Montagu invented the sandwich was perpetuated by Pierre Jean Grosely in a travel guide of the time – the mid-18th Century – who stated Montagu invented it while at the gambling table.

It was said that he refused to leave the table to have dinner and so the servants took to bringing him chunks of meat between slices of bread. Due to being the Earl of Sandwich, fellow players would ask for “the same as Sandwich”. Thereafter, his name became forever linked to this concept.

A biographer of Sandwich would later say that it was more likely he consumed this ‘invention’ at his desk as Montagu had numerous commitments to the Navy, politics and the arts which kept him hugely occupied.

While it is agreed that this modern concept is correctly attributed to John Montagu, 4th Earl of Sandwich, the use of some form of bread/bread-like substance to lie under some other food, or to be used as a scoop or a ‘wrap’ can certainly be found in older cultures than mid-18th Century England.

There are contemporary reports of a Jewish sage, around 10 CE, who is said to have wrapped lamb with herbs between two pieces of ‘matzah’ – a flat and rough bread – during the Passover festival. In fact, throughout West Asia, the use of flatbreads have long been used to scoop or help small amounts of food to reach the mouth. The bread is normally baked in flat rounds which is in stark contrast to the loaf which we associate with Europe but also, with the conventional sandwich.

In Europe also there are traces of an earlier form of a ‘sandwich’. In the Middle Ages, roughly cut slabs of harsh bread were used as plates. Once the meal had been eaten, these ‘plates’, with food soaked into them, were then fed to the poor.

Moving nearer to the commonly held time of invention, in the 17th Century, Netherlands open sandwiches were quite commonplace in taverns, with slices of beef lying on buttered bread slices.

The Evolution of the Sandwich

As Europe entered the industrial age, more people found themselves needing portable, inexpensive meals which could be made quickly in order to allow them to work more. Thus the sandwich gained newfound popularity.

While in the 19th Century the sandwich was a frequent staple of the working-class diet it would not be until the early 20th Century that the Americans caught onto this food trend. As bread became more available and it became a staple of diets, the sandwich finally found global fame in the USA as well as Europe.

Now the humble sandwich is a true icon of British cuisine and it even has its own multi-billion pound industry. The British sandwich market is worth £5.6bn a year, according to Kantar Worldpanel data.

Shoppers are now buying packaged sandwiches over 18 times a year and retailers across the land are fighting to increase market share in this lucrative trade. Arguably the sandwich has been at the forefront of the retailers’ move into a sector which is now known as ‘convenience’.

Also see  In Pictures: Stargazing Locations Around the World

It cannot have escaped many readers that the food retailers in the FMCG marketplace are opening more and more ‘smaller’ stores in more convenient locations. Up and down streets in cities, towns and villages these stores are opening and holding the best-selling product lines, in order to tap into the consumer demand for having things at their fingertips.

Whatever your view on pre-packed sandwiches it is a huge market and you would struggle to find someone who hasn’t ever eaten one. Of course, it is not just the food retailers who had latched onto our insatiable appetite for sandwiches.

Coffee shops, for a long time, only offered, well, coffee. Now you can pick up any number of beverages but also choose a sandwich to accompany it. While some may turn their nose up at pre-packed, supermarket-bought sandwiches and instead eat in one of these well-known coffee shops, it should surprise no-one that the same manufacturers supply both.

Luxurious Sandwiches From Around the World

As people move around the world, for work or pleasure, so culinary trends and traditions become embedded in other societies. The banh mi – wonderful charcuterie and Vietnamese pickles on a fresh baguette – may never have been known to western civilisation were it not for the French taking to Indochina.

Visitors to Colombia have been acknowledged for presenting us less seasoned travellers with the rather distinctive perro caliente – a hot dog type of food often dressed with pineapple, potato chips and, on occasion, raspberry jam no less!

A sandwich can be more evocative, more reflective of any place than a simple photo and for many, reliving the memories of an exquisite sandwich is much more fun than flicking through a dusty photo album.

In the following we highlight the most luxurious sandwiches in the world that you should indulge in should you ever find yourself in that particular part of the planet.

Found served at Shima in Tokyo, where over-ordering is a frequent ‘curse’, the highly reputable Chef Oshima will carve any excess Wagyu and form a succulent white bread sandwich for you to include in your take-home bento box.

If you want to try the quintessential English Afternoon tea experience where a wider variety of sandwiches are on offer, you could do no better than enjoying this set in the wonderful surroundings of ‘old England’ itself, Oxford.

Hullet House Hotel, found in Hong Kong, created the ultimate club sandwich featuring a raft of expensive ingredients including Beluga caviar, one of the costliest caviars in the world, to Balik salmon. With three slices of bread, the list of ingredients continues with Spanish ham, figs from Belgium and French chicken.

Smorgastasta can be found nationally across Sweden but for one of the country’s best offerings, one must go to the Grand Hotel in Stockholm. The name, smorgastarta, actually translates to ‘sandwich cake’ in English and is made by layering rye bread with creamy fillings including liver pâté, olives, shrimp, ham, and caviar. Also, tomato, cucumber, grapes, lemon slices, and cheese. And smoked salmon.

If John Montagu, 4th Earl of Sandwich, could see his ‘invention’ now he would scarcely be able to believe his eyes. From its humble beginnings, it is a now staple food for millions across the globe. If only he had put a patent on it.