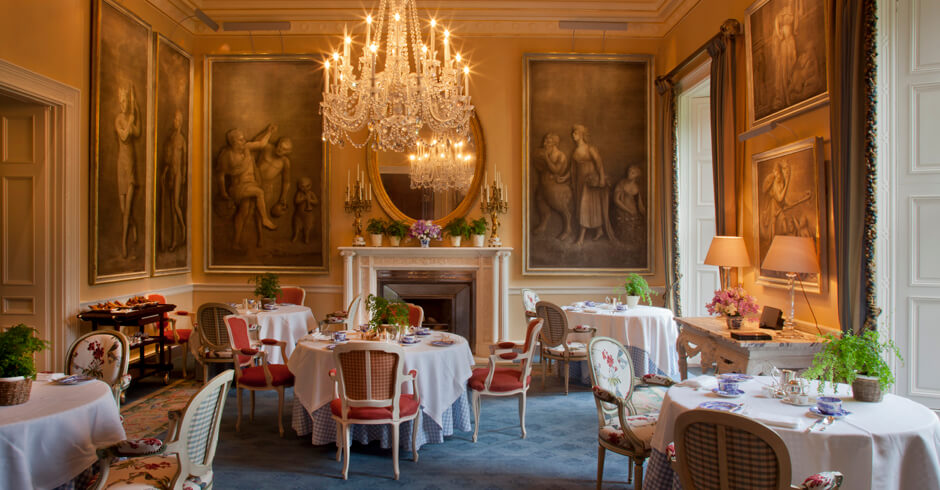 Surrounded by swathes of green at the foot of the Irish Slieve Bloom mountains, the vast regency mansion of Ballyfin is steeped in history, romance, tranquility and incredible natural beauty.

There are only 15 rooms

Long admired as the most lavish regency mansion in Ireland, Ballyfin’s estate sprawls across 600 acres of land yet the hotel only includes 15 rooms. This provides ultimate privacy and discretion, and makes Ballyfin one of the world’s most exclusive destinations. Each room and suite in the house offers an impressive array of amenities, specially chosen to give guests a feeling of Irish tradition and hospitality. Some of the most impressive rooms include the Lady Sarah Pole, named after the daughter of the Earl of Drogheda and offering spectacular views over the pleasure grounds. As well there is the Lady Caroline Coote Junior Suite, an elegant bedroom offering a graceful rococo stucco work ceiling. It was formerly Lady Coote’s boudoir. 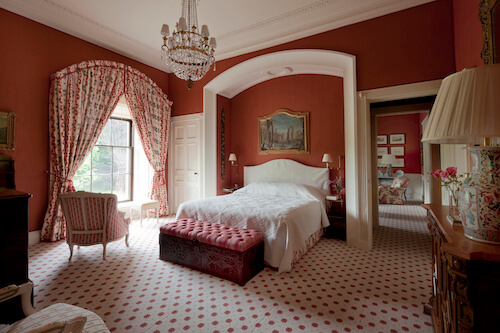 It’s the birthplace of a famous giant

Steeped in Irish history, the site of Ballyfin has been settled from ancient times. Legend has it that one of mythology’s most famous giants, Finn McCool, was born here. When trying to stave off enemy threats, Finn was said to have hurled a large piece of land that then became the Isle of Man. The hole left behind by the clump of land became Lough Neagh. Since then, the site of Ballyfin has been ancestral home to a number of families renowned to Irish history, including the Wellesley-Poles – the family of the Duke of Wellington. It was the Coote family, however, who built the mansion. The Coote family was descended from Sir Charles Coote, an Elizabethan adventurer who came to Ireland in 1601. The Coote coat-of-arms is prominently displayed above the entrance to Ballyfin. The house itself was built in the 1820s and the family enjoyed the house for exactly one hundred years.

See the Most Gorgeous Lakes in Europe

Like any good historic mansion, Ballyfin comes with a secret passageway hidden away in the library. Running the entire length of the mansion’s south façade, the library is home to over 5000 books. It is the perfect setting for whiling away a few hours with some of the finest classic literature, but look closer and see that one of the bookshelves holds a secret. Manage to find it and you’ll be on your way to the sun-filled conservatory; tropical and balmy. The decoration of the mansion’s interior has long been acclaimed as among the finest of the Neoclassical and Empire periods in Ireland. Aside from the impressive library and conservatory, guests may enjoy the grandeur of the enormous saloon at the heart of the house, and the French inspired elegance of the large drawing room. 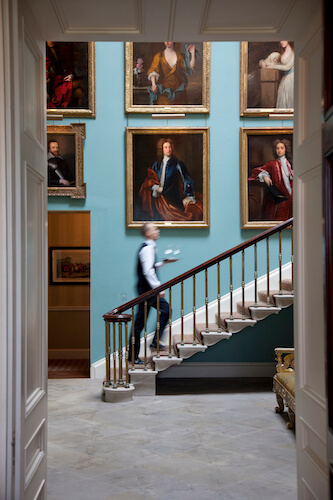 Just over a decade ago its furniture was uncertain

Having fallen into disrepair over the years, Ballyfin has been painstakingly restored over the course of the last decade. The urgent need for repairs had become all too apparent when a large part of the ceiling in the gold drawing room collapsed, being undermined by wet rot.

At the time, the future of one of Ireland’s finest houses was perilously uncertain. The restoration project has taken nine years – significantly longer than it took to build the house in the first place. Every single aspect of it from the roof down required remedial attention. Skilled craftsmen worked on the elaborate inlaid floors, repaired the gilding and the stucco work or treated the stone work of the house which was disintegrating.

After this, redecoration began. It was furnished with a collection of Irish art and antiques from around the world including fine Irish mahogany, French chandeliers and mirrors by Thomas Chippendale. The result is spectacular and the mansion once again exudes grandeur and warmth, providing the kind of welcome envisaged when the house was first built.