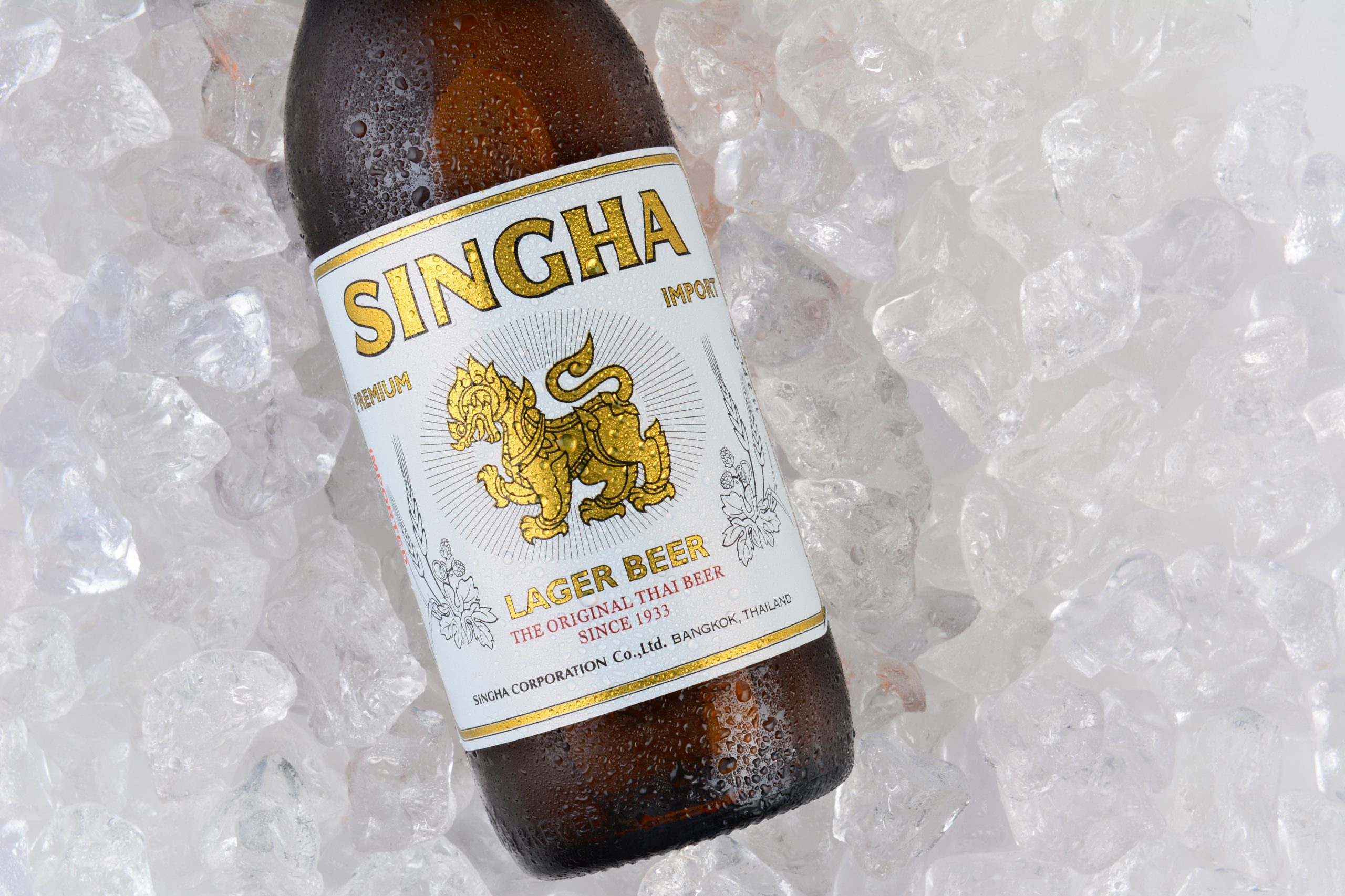 When you think of Thailand, beer isn’t the first thing that comes to mind. Usually, it’s fresh fruit juice or cocktails on the beach.

However, Thailand also offers an established range of beers from two highly competitive companies. The beers are great with different food pairings, and beer is a definite local preference over other beverage choices like wine or spirits.

Are you heading on a Thai adventure soon? Or simply keen to learn more about beer in Thailand? We’ve got the full story right here!

In 1933, 57-year-old Phraya Bhirom Bhakdi (born Boon Rawd Sreshthaputra) was granted a brewing license in Thailand. As such, his company is the first to have begun producing beer and is known for the oldest larger called Singha (pronounced Sing) meaning Lion, as well as lager known as Thai Beer.

The second-largest beer producing company in Thailand is Chang Beer, which opened in 1995. Their beer, Chang, quickly gained popularity and currently has a large share of the market. The name Chang means elephant.

What Are The Major Thai Beer Brands?

Thailand has two main companies that produce beer locally. These are Boon Rawd Brewery and Thai Beverages. Both of these companies dominate the local market and no new local competitors have been introduced in the last decade.

Singha Beer and Leo are both produced by Boon Rawd Brewery, which is the oldest brewery in Thailand – and for many people, this makes them the best choice. Chang beer is produced by Thai Beverages and has a firm-market following who appreciate the lower price range it falls under.

What Is The Most Popular Beer In Thailand? 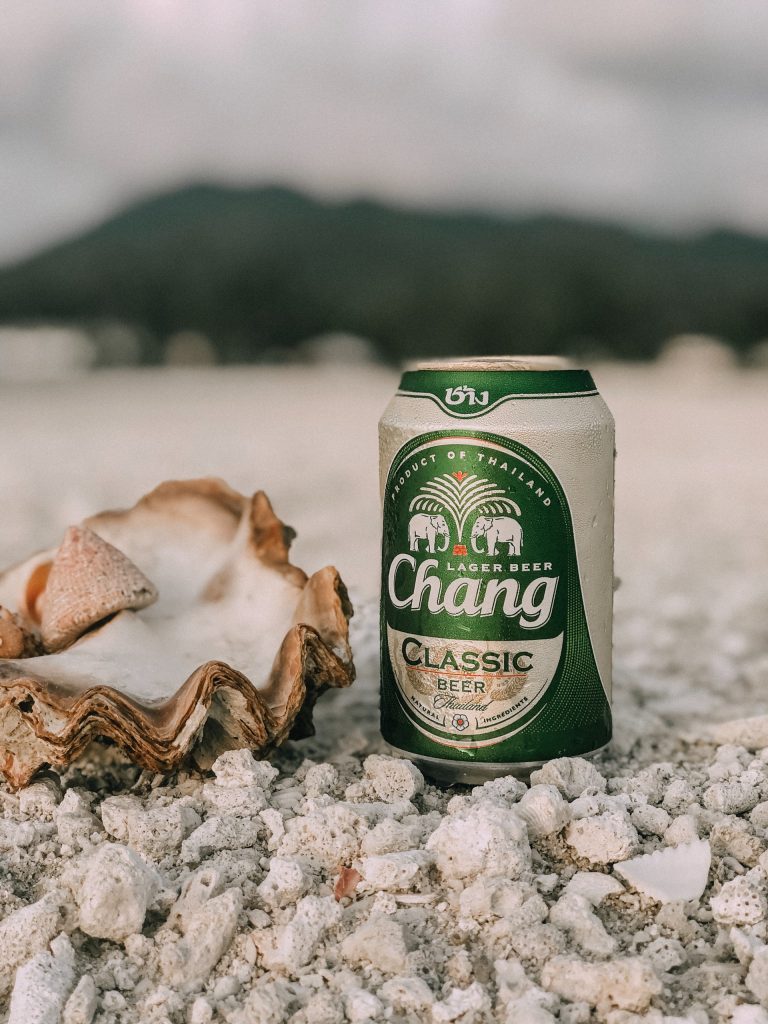 Which beer is the most popular depends entirely on budget and personal taste.

Singha beer is locally considered a top-range beer due to its smooth and light flavour. It is also more expensive than other market options, leading to some saying that it’s a rich man’s beer choice.

Leo is a good mid-range priced option as is Original Thai Beer which is a malt barley beer that has a sweet malty overtone and rich body.

Chang, the main competitor, offers a typical full-flavoured lager-styled beer, which is a popular choice since it’s stronger than Singha with a 6.4% alcohol volume, as well as being cheaper. Many visitors find that Chang tastes a lot like the beers they’re used to back home and prefer it.

What Is The Best Thai Beer?

Naming the best Thai beer brand is a point of contention that most of Thailand and many visitors find themselves in. If this question is done based purely on local sales numbers, then Singha beer may well be considered the best Thai lager due to its exceptional flavour profile.

Is Singha Or Chang Better?

When it comes to deciding which beer is best, it comes down to making a call based on the distinct flavour profiles, as it falls entirely down to personal preference, or mood of the day.

For a light, flavourful beer, Singha wins hands down. For a more Western-styled beer, then Chang is the clear favourite.

What Thai Beer To Try Besides Singha Or Chang?

While Thai beers Singha and Chang dominate the market, many areas have their own limited local favourites to try.

Phuket Beer is a great choice and is found mostly in Phuket, despite being brewed in the San Miguel brewery, which is north of Bangkok. It has a grassy, fruity, lime flavour many associate with island lagers.

What Are The Best Microbrew Or Craft Beers In Thailand?

When it comes to microbrew options in Thailand, you’re in luck.

There are tons of great beers on tap that can be found in bars and local drinking houses – especially in and around Bangkok. You are unlikely, however, to find many home brews since there are specific laws that prohibit the sale of these.

An interesting workaround many Thai microbrewers found worked, is to brew the beers abroad and import them again. So, despite being owned and sold by Thai nationals, they’re not specifically produced in Thailand directly. With that said, some of the top local microbrew beers to try includes the below.

Another one 72 Brewing Co. makes is called Sour Diesel which is a stout-flavour beer made from cherry, vanilla, cold brew, raspberry and cacao nibs.

What Are The Best Thai Beers To Pair With Thai Food?

When it comes to a beer pairing, then you can’t go wrong with the local choices available like Leo, Chang and Singha.

Heavy meals need lighter beers – and lighter meals do well with heavy beers that have a more bitter, hops taste to contrast the food. Alternatively, mix and match as you require to find your ultimate beer and food pairing.

Any kind of red meat options like a beef salad would pair perfectly with Singha, while coconut curries and fresh foods do well with ales or medium-bodied options like Leo. 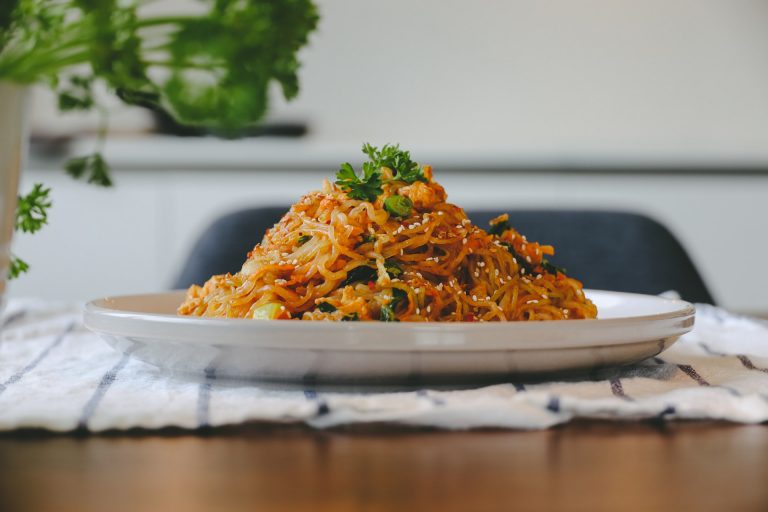 When it comes to pairing Thai beer with food, citrusy beers like Phuket Lager match well with Thai foods like stir-fry as well as Pad Thai. Alternatively, an ice-cold Singha is a good choice to turn to if there are no craft beer options around.

A great beer to pair with a green curry (that’s not too heavily spiced) is Singha, since it’s a light, IPA styled option. If your green curry has more spice, however, then Leo or Chang would be a good choice, since the malty flavours pair well with heat.

How To Order A Beer In Thai

While you can certainly use the English word beer to order one in local bars, if you wish to order it in Thai you’ll need to use the phrase: Ow bia nueng khuat. This roughly translates to: I’ll have one bottle of beer.

Let’s drink to that!