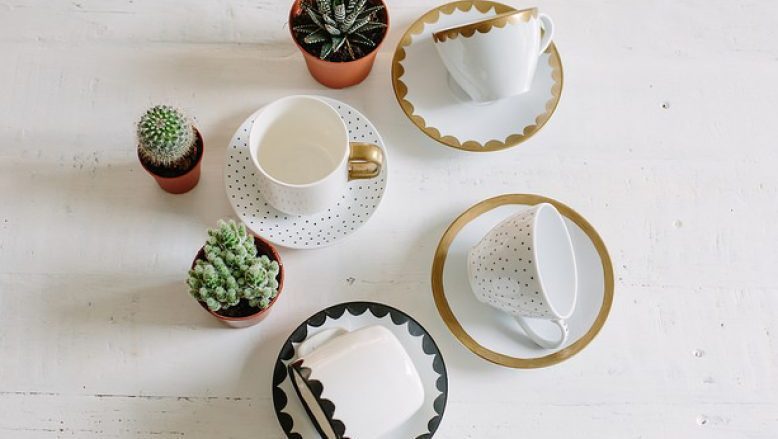 Every day, three billion cups of tea are drunk around the world. Second only to water as the most popular beverage, the global tea industry is on the rise – and 2021 and 2022s tea stats reveal why.

Before we take a journey with the leaf, let’s have a look at the numbers, some of which may come as a surprise. 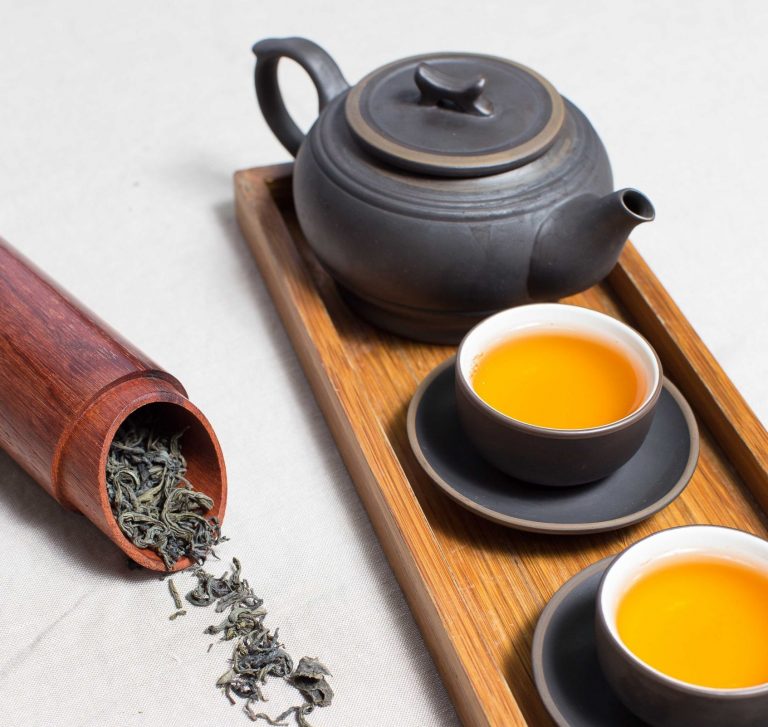 Tea comes from the Camellia sinensis shrub, which originated in China. It’s usually picked by human hands, then sorted and processed. The processing procedure involves oxidation and fermentation.

There are more than a thousand different varieties of tea found globally and the most common are classified as white, green, oolong, and black.

White, green, oolong and black teas undergo differing degrees of oxidation, with black tea being the most oxidised. Green tea and white tea are not oxidised, while oolong tea is partially oxidised. Oxidation, which occurs when the tea leaves are crushed and muddled together, produces a bright and tangy taste and higher caffeine content.

Tea production employs 13 million people, 9 million of whom are smallholder farmers, while the remainder work in tea estates in China, Sri Lanka and Kenya. These estates account for half of the world’s tea production. Production is concentrated in a few countries, with the top seven growing countries accounting for 90 % of the global tea supply in 2015.

How Do You Take Your Tea?

Every country and culture have their own customs and rituals around drinking tea.

Customarily, a host offers tea to guests as a sign of hospitality, and this is an accepted practice around the world.

In Turkey, tea is brewed strong and taken black in a small triangular glass with lumps of sugar.

Morocco is similar except their glasses are bigger and bunches of fresh mint are added to make the drink more refreshing.

In the United Kingdom tea is often taken with milk and plenty of sugar, while in the United States, iced tea is particularly popular.

Growth in the tea market is expected to be driven by product launches and expansion by market players to increase geographical spread and penetration.

According to a regional analysis of the market, the Asia-Pacific tea market is anticipated to grow at a CAGR of 7.3% by generating a revenue of $51,650.0 million by 2028.

New tea flavours and brands such as organic tea, green tea, fruit tea and flower teas such as chamomile tea are expected to generate great investment opportunities. The buying public is seeking to improve their well being and becoming more health-conscious as time goes on, and this is driving up demand.

The sector is projected to experience continued growth due to increasing demand primarily from Asian and Pacific countries, particularly those experiencing increasing incomes and a growing middle class. The interest in the health benefits of drinking tea; and the expansion of new products and flavourings, such as ready-to-drink tea, premium tea, and herbal and fruit fusions are all expected to contribute to growth in the tea industry. In addition, the demand for green tea is expected to outpace the demand for black tea.

But there are some foreseen constraints or challenges to this growth in the immediate future.

The huge growth in coffee consumption globally is one of these challenges. Coffee too has health benefits as it is said to lower the risk of type 2 diabetes, making it a good substitute for tea. On the other hand, Oolong tea also contains a substance shown to help prevent type 2 diabetes.

What Is A Royal Warrant?

Another factor is climate change. Places where tea grows are geographically limited, as tea is a sensitive crop that requires specific growing conditions to thrive. Climate change is expected to affect temperature and rainfall patterns, which can significantly impact yields.

Tea estates are already reporting heavier rains and longer dry seasons leading to problems such as increased soil erosion and the increasing use of fertilisers, pesticides and irrigation to maintain productivity. 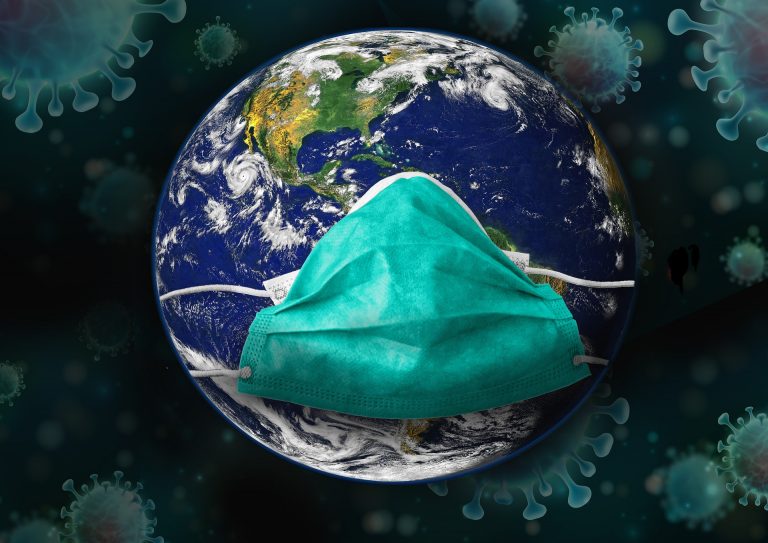 The coronavirus pandemic had a devastating impact on many industries and the tea industry was no exception.

Lockdowns and social distancing regulations had a negative impact on imports and exports, leading to labour shortages, supply chain disruption and a decline in manufacturing. Not great for any economy.

A good example is Kenya, the largest tea exporting country in Africa. The Kenyan tea industry was badly affected during the pandemic due to transport disruptions. Additionally, India, the second-largest tea producer in the world, was negatively impacted by the pandemic due to the complete shutdown of production facilities for months that affected the tea producers and smallholder livelihoods.

In 2022, the world is learning to live with the coronavirus, and a semblance of normal life is emerging, so these industries could well make a full recovery. 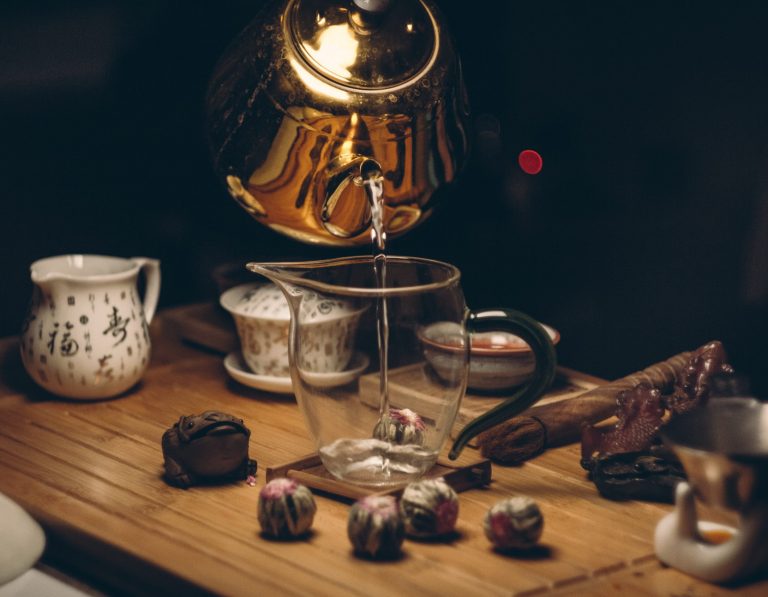 A huge number of teas have health benefits that benefit people of all ages. Such benefits have been well documented and many scientific papers back up this evidence.

Let’s start with white tea, which means the leaves of Camellia sinensis have had the least processing and very little oxidation has taken place. Said to have a delicate flavour, white tea is considered very beneficial as it’s the most effective in fighting various forms of cancer thanks to its high level of antioxidants.

White tea may be good for your teeth too (just don’t add sugar!) as it contains high levels of fluoride, catechins and tannins that can strengthen teeth, fight plaque, and make tooth enamel more resistant to acid and sugar.

White tea is also a caffeine-smart alternative for those who want to curb or watch their caffeine intake.

Next up is green tea which also originates from China. Green tea leaves are slightly pan-fried or roasted (the common method) but also steamed in Japan.

Research has shown that green tea is high in flavonoids that can boost heart health by lowering bad cholesterol and keeping blood thinner. Studies show this type of tea can also help lower blood pressure, triglycerides and total cholesterol.

The third category is black tea, the most commonly consumed form of tea. Black tea is from the same plant, Camellia sinensis, but the leaves are dried and fermented, giving it a stronger and richer colour and taste. Although black tea contains caffeine, you get a good dose of flavonoids that fight inflammation and support your immune system. A black tea bath is said to be good for skin rashes from thistles, black ivy and stinging nettles, and it works as a fake tan too!

Next up is herbal teas or tisanes. This category of teas contain herb and spice additives and most contain no caffeine. Herbal teas include chamomile, rooibos (from South Africa), peppermint, ginger, hibiscus and mint. They are all said to be calming because of their low caffeine content. Peppermint and mint tea are both said to help upset tummies and painful conditions such as irritable bowel syndrome (IBS).

Lastly, let’s consider Oolong tea. Oolong tea is a cross between green tea and black tea, as it is partially oxidised. This is responsible for its colour and characteristic floral and fruity taste.

Oolong is said to contain l-theanine, an amino acid that reduces anxiety and increases alertness and attention. Scientists have found that l-theanine can help prevent cognitive diseases such as Parkinson’s and Alzheimer’s diseases. It is also high in polyphenols which decrease type 2 diabetes risk.

All the above is great news for tea lovers. One of the most commonly available beverages is not only widely available but it’s cheap as chips and good for us too.
How about that cuppa then?