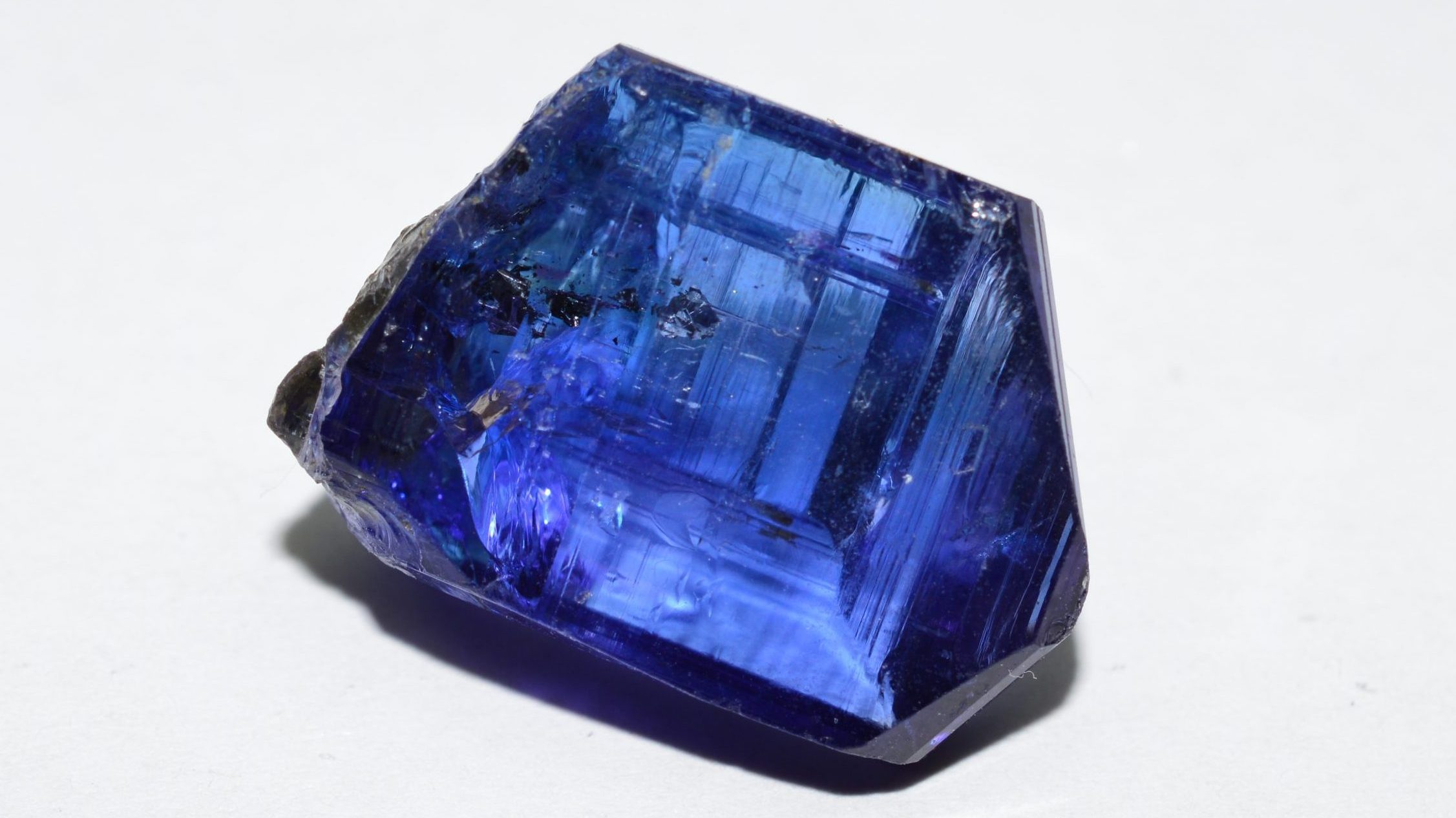 The alluring deep blues of tanzanite stones have captivated the world for several years. These stones are found only in Tanzania, which is how they got their name.

Tanzanite gemstones are a member of the epidote mineral group. Like almost every other gemstone, tanzanite ranges in colour from deep blues to violet, and each hue is spectacular in its own right.

While perhaps not as popular as diamonds, tanzanite gemstones are roughly 1,000 times rarer.

These gems are found only deep in the foothills of Mount Kilimanjaro. This has made them one of the most intriguing and coveted jewels for collectors.

Essentially, tanzanite is a variety of the mineral zoisite. Tanzanite gemstones are the most famous zoisite stones. They get their colour from the presence of vanadium during their formation. These rare gems are one of the most popular blue stones, second only to blue sapphires.

Because of their rarity, the occurrence of tanzanite stones is referred to as a ‘geological phenomenon’.

Where Is Tanzanite Found?

Tanzanite was first discovered just shy of seven decades ago.

Thereafter, Tiffany & Co declared it to be the most beautiful stone discovered in the past 2,000 years. This is due to the fact that tanzanite is a trichoic stone. It has the ability to reflect different colours across several spectrums, ranging from light blues to deeper indigos and violets.

Tanzanite stones are mined in a very small area, measuring about two kilometres long and four kilometres wide, at the foot of Mount Kilimanjaro. This particular area is in the Manyara Region of Northern Tanzania.

Geologists in the region have claimed that the circumstances that led to the formation of tanzanite over 585 million years ago were exceptional. So much so, that the likelihood of finding tanzanite gemstones anywhere else on earth is one in a million!

It’s estimated that at the current rate of mining, the available supply of naturally occurring tanzanite will be depleted within the next 25 years.

As a result of this, tanzanite gems are known as “the gemstone of a generation”. The current generation will be the last one able to purchase stones from the primary market before the supply is depleted.

How Much Is Tanzanite Worth? 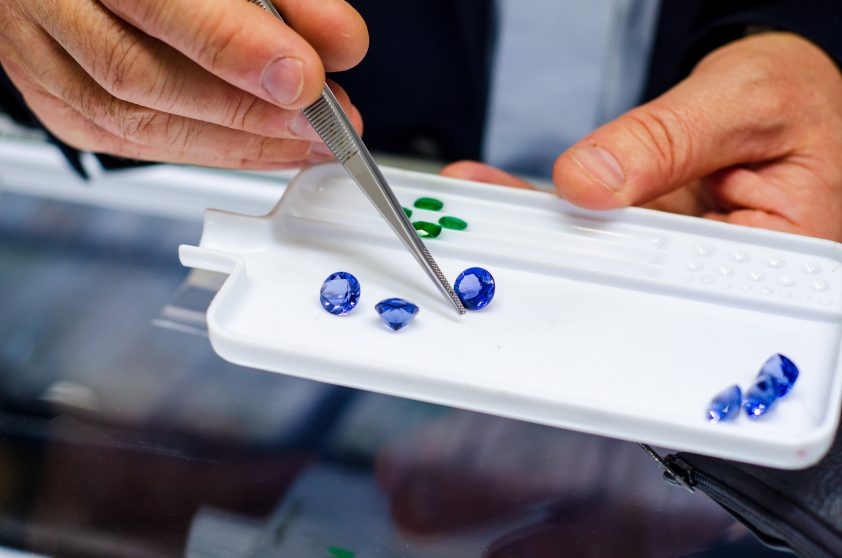 Due to the rarity of tanzanite stones, tanzanite’s value is higher than that of other gemstones. Tanzanite is a good investment stone, as the natural supply will soon dry up, thus increasing its rarity and making it even more valuable.

The total worth of a tanzanite gemstone is determined by a number of factors, one of the biggest being the depth of its colour.

If a tanzanite gemstone has green tinges to it, it’s likely to be less valuable. However, for a pure blue stone, tanzanite’s value is approximately $300 to $425 per carat. For a two-carat stone, prices can reach up to between $450 and $650 per carat. For bigger stones of three carats and up, carats can reach between $650 and $750 each.

What Colour Is Tanzanite?

Just like most other blue gemstones, tanzanite naturally occurs in a spectrum of different hues. It can range in colour from the deepest blues to a pale violet. The most coveted tanzanite colour is vivid blue surrounded by a very delicate hint of purple.

However, what makes tanzanite particularly unique is the fact that it’s the only known gemstone to display multidimensional colour. In other words, when it’s viewed from three different directions, three different colours are seen. It can be a distinct shade of blue from one direction, and then violet and even red from other directions. We refer to this phenomenon as trichroic.

Tanzanite gems have a number of different meanings.

For one, violet tanzanite represents majesty. It’s believed to inspire a feeling of awe, mystery and magic. The darker the stone, the more valuable it is and the more luxurious its meaning becomes.

Darker tanzanite stones have long been associated with royalty due to the depth and richness of their colour. They’re also believed to bear strong meaning to one’s accomplishments and dreams, as well as representing guidance to turn big dreams into realities.

Indigo tanzanite gems are believed to represent heart and intellect combined with intuition and purity. These stones are used as symbols of dignity, truth, judgement and longevity.

What Is Tanzanite Used For? 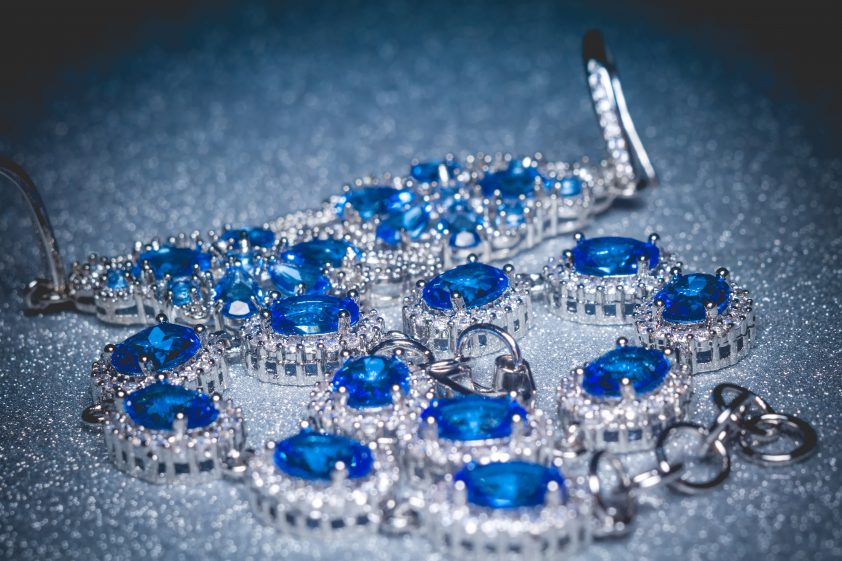 Tanzanite gemstones are used for numerous purposes. One such purpose is in relation to healing.

It’s believed that tanzanite has the ability to stimulate three chakras: the throat, the third eye and the crown. This means that it has the ability to activate psychic ability and facilitate communication with higher spiritual dimensions.

These gems are also said to assist with any form of transformation. Many believe that tanzanite gems can help rid one of old patterns and bad behaviours and help them move into a new, more rewarding phase of life. It’s said to enhance healing at several levels, as well as protect caregivers who are assisting with healing.

In terms of physical healing, tanzanite gemstones are believed to help alleviate skin disorders and the treatment of any illness of the ears and eyes. Tanzanite can also boost the immune system, detoxify and regenerate cells and tissues.

Is Tanzanite Rarer Than Diamonds?

Diamonds are incredibly popular stones as they are a representation of special, sentimental moments such as engagements and weddings. The 60th wedding anniversary is even known as the diamond anniversary.

Diamonds are very valuable and depending on the size and colour of the stone, may be quite rare. However, tanzanite gemstones are without a doubt rarer than diamonds. The chances of finding more naturally occurring tanzanite are slim and the fact that the global supply is likely to be depleted within the next 25 years makes it a truly special stone!

If you’re looking for a stunning statement stone that’s also an investment, you can’t go wrong with a tanzanite gem.

Find out about other dazzling blues stones in our full List of Blue Gemstones.