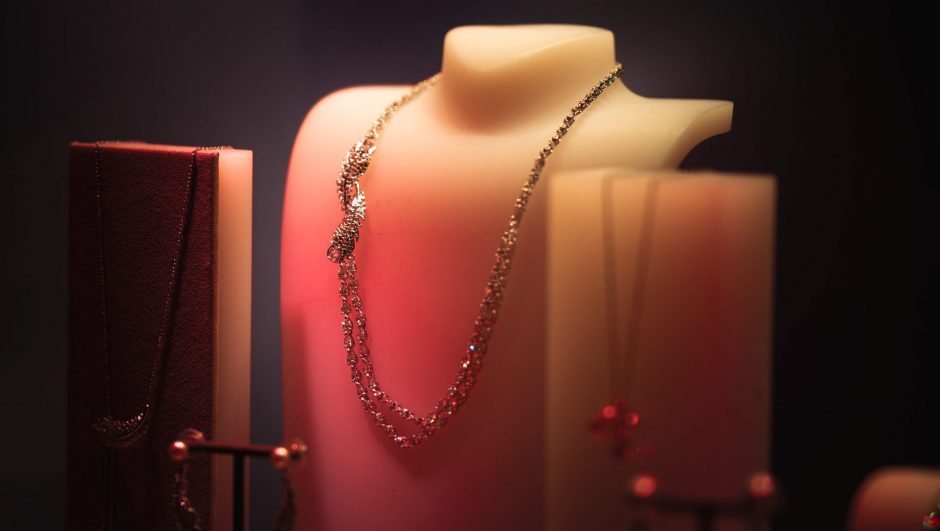 Everyone knows that when you buy a Swarovski piece, you’re committing to a lifetime investment. It’s safe to say that we all have our associations with the world-famous brand, whether you know them for their incredibly iconic decor pieces like chandeliers, their sophisticated binoculars, or their timeless jewellery.

But there’s so much more to the brand – and these Swarovski facts and stats prove this!

The Beginnings Of The Swarovski Crystal Empire 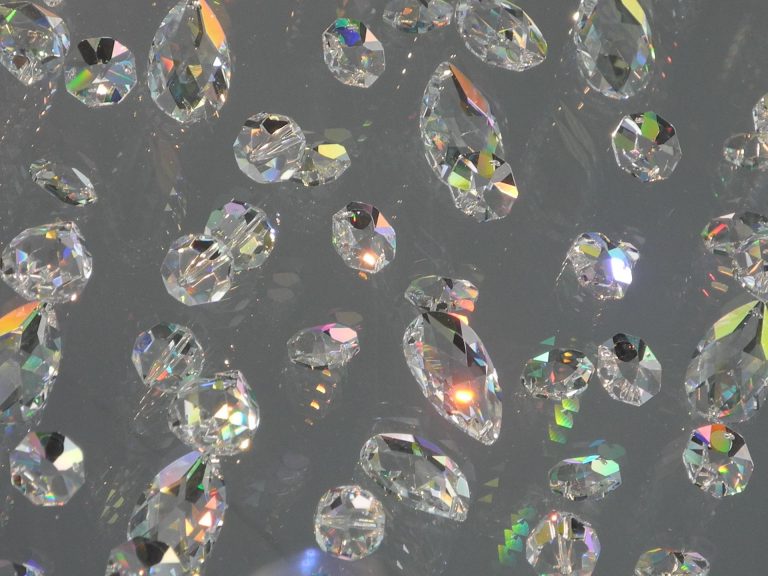 The famous swan logo wasn’t always a swan, but it used to be an Edelweiss. This was to represent the company’s transition to their Austrian factory, where they moved during the 1890s. The legendary swan logo we all know today only came about during the 1980s, a full 100 years after the company started. Although a logo change might seem surprising, the brand stated they wanted “reinforce a state of momentum”. You can’t blame them for wanting to do something different after 100 years of success!

By the glamorous 1920s, Swarovski stats how that the brand had made it to the American elite through celebrity fashion and collaboration with couture houses. Everyone who was anyone owned a Swarovski studded piece. Their focus on jewellery expanded to other accessories and functional products like pens, watches, and even binoculars. Accessories like their crystal-studded hairbands complemented the shorter haircuts of the time, showing that Swarovski trends were adaptable, and this proved to be the key to their success.

After the Second World War, fashion and glamour had a resurgence, and the mid-1950s was really when it became Swarovski’s time to shine. Swarovski collaborated with Coco Chanel and Christian Dior. These collaborations were the birth of the Aurora Borealis effect that’s still used on the crystals today.

Swarovski Trends In The Movies 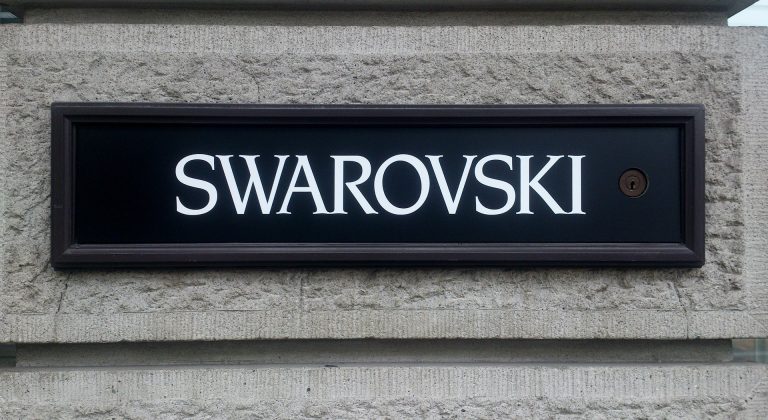 The crystal-studded gown Marilyn Monroe wears in the movie “Gentlemen Prefer Blondes”, where she sings happy birthday to President Kennedy, was covered in Swarovski crystals. The ruby slippers in Wizard of Oz are also Swarovski crystal, and the necklace used in titanic is, yup you guessed it, a Swarovski crystal too.

Swarovski became immensely popular in fashion and costume jewellery because of its unmistakable sparkle, which comes from the Aurora Borealis effect that they invented. Swarovski also invented a method that allows crystals to be studded onto items of clothing, which is why something like crystal shoes and dresses became so popular and fascinating; it simply had never been done before.

Also see  What is Shungite? Properties and Uses of this Healing Stone

The Best In The Imitation Game

Swarovski solves these issues by making a product that looks exactly like a diamond, but is more reasonably priced, can be studded onto clothing, is less valuable and therefore less likely to be stolen, and more durable.

It’s fun to be covered in sparkles, but it isn’t fun feeling bad about it, or never being able to do it because of the price or sheer logistics of it. Swarovski stats show that the brand has become so famous because they’ve been able to overcome the limitations of diamonds and allow people to enjoy the look of diamonds without the implications.

Swarovski has been responsible for the incredible pieces that have sat high atop the Rockefeller Christmas tree at the Rockefeller centre in New York for decades. Last year the extravagant tree boasted an impressive 900-pound star, covered in 3 million Swarovski crystals. It’s become an incredible sight to behold, and New Yorkers gather every year to see the magnificent tree light up on December 1st.

The Swarovski name is known for incredible craftsmanship when it comes to crystal, but to the surprise of many, they have a division that focuses on optics and is responsible for their elegant and efficient binoculars.

Their optics division has grown tremendously over the last two decades increasing in turnover from 31.7 million euros in 1993 to 163.5 million euros in 2020. Skills behind crystal craftsmanship relate to the skill of optics, so it makes sense that the Swarovski binoculars are so popular.

Also see  What is London Blue Topaz & What Makes This Blue Topaz Special?

The downside for any fashion brand specializing in luxury accessories is that sales are heavily dependent on if the niche of their product is trending at the moment. With a rise in mass-produced tarnish-proof jewellery at low prices, Swarovski has seen a decline in revenue over 2021 and 2022 of around 12% compared to previous years.

Trends over the last two years have also seen an increase in the popularity of raw and real crystals such as clear quartz, amethyst and topaz. The crystals usually come at a lower price than that of the finely crafted Swarovski, and the belief behind their remedial properties has increased during the pandemic.

Swarovski has once again shown its ability to stay in the conversation for years to come, by collaborating with sports and street style brand Adidas. The shoes encrusted with glistening Swarovski crystals are limited edition and were made purely for promotion and marketing purposes, but it sure would look cool scoring a goal in these flashy boots.

The Value Of Swarovski

If treated with care, Swarovski crystals will last you years and can be passed down as family heirlooms. However, because they are man-made crystals, they aren’t going to increase in value over time. They are intended to be luxurious pieces that you’ll want to invest in, but won’t break the bank.

There’s no doubt that thanks to its century-long fame and impeccable craftsmanship, Swarovski has become valuable in its own right. There are many fake Swarovski crystals out there, but a true Swarovski will have a lasered swan logo on their pieces. This is how you can tell you’re purchasing a true Swarovski crystal, and you won’t be disappointed with the quality and sheer glamour of the piece.