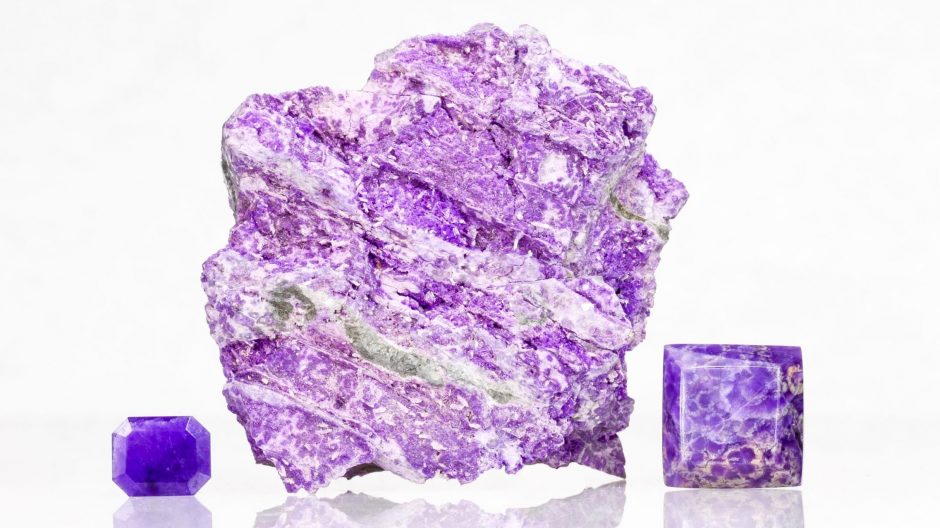 Sugilite is quite a rare gemstone, and it’s incredibly beautiful too. It was first discovered in 1944 by a Japanese petrologist named Ken-ichi Sugi, which is where it gets its unique name.

When Ken-ichi Sugi first discovered the stone, it manifested as brownish-yellow grains, but in 1955 dark, prismatic crystals of the same composition were found. In 1975 a seam of sugilite was discovered, and in 1980 it was classified as a gem, sending its price skyrocketing. Since then, it’s grown in popularity for good reason!

Sugilite is both a mineral and a gemstone that’s best known for its vibrant pink to purple colours. Perhaps the most popular shade of the stone is referred to as ‘grape jelly’ due to its rich, lustrous shades.

Sugilite is a sodium potassium lithium silicate mineral that gets its colour from small amounts of manganese. The colour and properties may vary as manganese can also be substituted by iron and aluminium.

High quality specimens are rare, and are sought after by gemologists and collectors all over the world.

Where Is Sugilite Found? 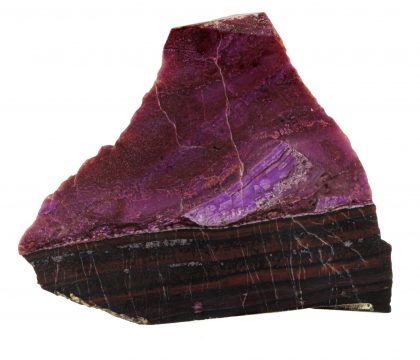 South Africa’s Wessels mine in the Northern Cape has a large deposit of sugilite, which is currently mined from a strata-bound manganese source. Other reports suggest that sugilite can be found in Italy’s Liguria and Tuscany, the New South Wales region of Australia and Madhya Pradesh in India.

As with many other sought after gemstones, imitation sugilite has become available in recent years. Composite materials manufactured to look like sugilite are abundant in the marketplace and often sold without disclosing the fact that the stones are not genuine. Most of the imitation sugilite passes off as ‘synthetic’.

How Can You Tell If Sugilite Is Real?

Genuine sugilite can be very hard to come by, so the first aspect that you should pay attention to is the price of the stone. If it’s cheap, it’s unlikely that the stone is real sugilite. The rarity of the stone has made it quite expensive, so expect to pay higher prices for the real thing.

Another good way to tell whether or not sugilite is the real deal is by looking at the colour of the stone. If it seems that the colour is a bit flat or dull, or that the stone has black veins running through it, it’s unlikely to be sugilite.

Finally, if sugilite is “reconstituted”, “assembled”, “manmade” or “lab grown” when purchased, it is definitely not authentic.

What Is Sugilite Worth And Why Is It So Expensive?

Sugilite is available in large quantities. However, like purple diamonds, the stone is rare and not easy to find. The most important factor when grading sugilite is the colour of the stone. As with many other gemstones, the deeper the colour, the higher the value.

If the appearance of the colour is mottled upon closer inspection, the overall value is unlikely to be affected. However, if there are lighter colours mixed with dark purple, the value of the stone decreases.

It can be difficult to put a price on sugilite as its value is dependent on so many other factors. However, it’s safe to say that it’s certainly more expensive than many other purple gemstones as it’s so rare.

The physical properties of sugilite include a hardness of 6.5 on the Mohs scale. The colour can be characterised by numerous different shades including:

Sugilite is colourless in transmitted light and can have white streaks. 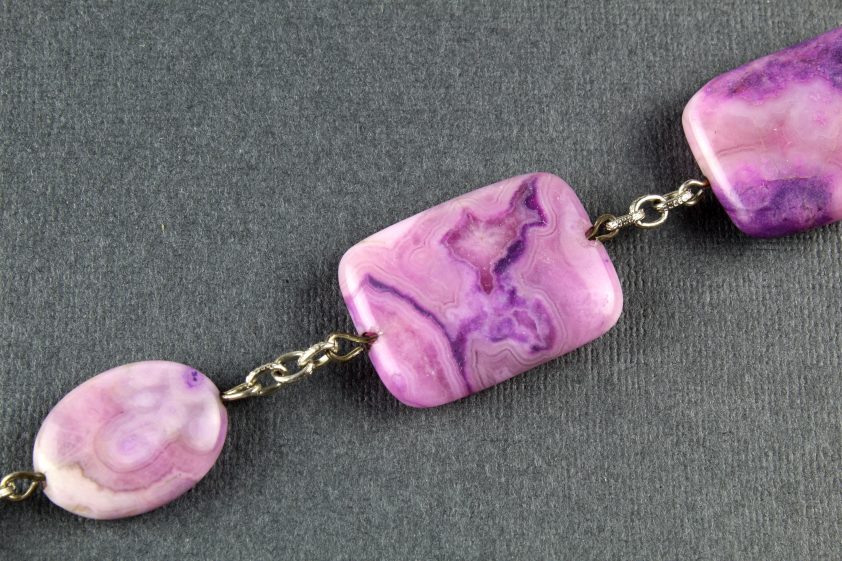 In alternate medicine, sugilite is known as the ‘healers stone’ because it balances the brain and is used for epilepsy and migraines. It’s also associated with the crown chakra and believed to have many healing properties, all of which contribute to its value. Many people who suffer from chronic aches and pains such as migraines and backache carry the stone around with them as a means of relief.

The purple stone is also said to have the ability to heal a mind troubled by stress and negative thoughts. Some believe sugilite crystals help us harvest more positive thoughts and feelings and to channel them towards a brighter outlook on life.

Because sugilite contains aluminium, it is suggested not to be used when brewing any elixirs as it could make you ill. Aluminium can poison the nervous system, and although it’s only present in small volumes in the stone, it can have a detrimental effect.

Can Sugilite Get Wet?

The stone can get wet and won’t spoil, but you must care for it properly. You should not expose sugilite to water for too long as it’s possible that this could cause the colour to fade. As a result, its value will decrease.

To yield maximum benefit from the stone its recommended that you wear it at all times, preferably in a pendant close to your heart.

With its grape jelly colouring and various perceived healing properties, sugilite is one of the world’s most sought after gemstones. However, it’s rare and not easily accessible, which is what makes it so much more expensive.

If you’re lucky enough to get your hands on sugilite, it will make for a wonderful addition to your jewellery collection. It’s quite a durable gem and the vibrant colours of the stone look beautiful when set in almost any metal, making it all the more diverse. Sugilite certainly is a gem to treasure.