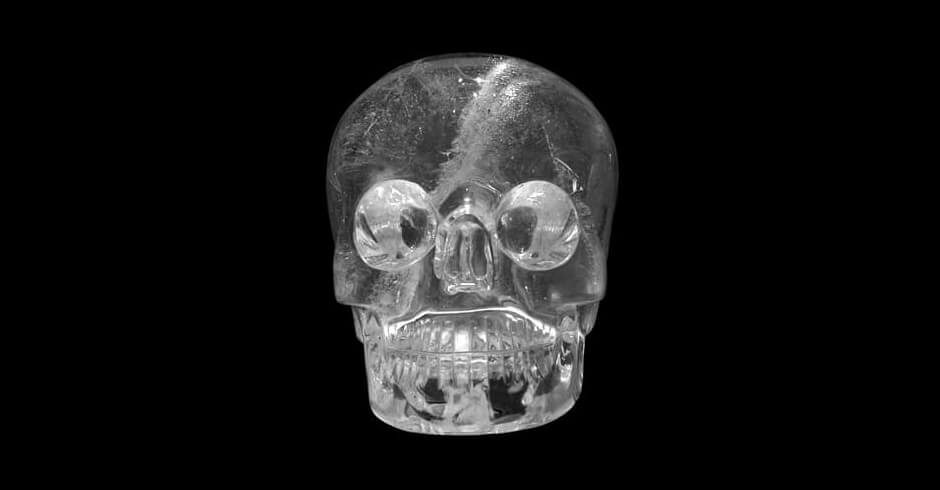 Awaken your inner Indiana Jones, and discover some unusual gems hidden in some of London museums! Here is my list of must-see artefacts, objects, and exhibits at some of the best London museums…

Remember Indiana Jones and the Kingdom of the Crystal Skull? No? Successfully buried that one in your memory? Well, let me excavate it back up for you. The main plot points centre around Indy working against the Soviets, searching for a telepathic crystal skull. The British Museum happens to also have in its possession a Mexican crystal skull! (Though the jury is still out on its telepathic nature…)

Depicting an Indian tiger mauling a European man, this unusual organ is both astounding in form and theme. The piece was built for Tipu Sultan, the ruler of Mysore in South India in the late 1700’s. When a handle at the side is turned, the man’s arm lifts up and down and noises imitating the wails of the dying man sing out. Relaxing!

Built in 1991 from historical plans drawn up by polymath Charles Babbage, the Difference Engine was created to compute values of polynomial functions. Phew. I’ll admit I had to look up “polynomial functions”… While Babbage’s proposed machines were never actually built during his lifetime, he and mathematician/feminist icon Ada Lovelace went on to create plans for the Analytical Machine – regarded as the first draft of a computer. Lovelace herself is considered the first computer programmer! Visiting Babbage’s Difference Engine is a pilgrimage for every maths, computing, and feminist nerd.

Also see  Perfect Ways to Celebrate Your Birthday in London

With the tragic passing of the late, great, and beautiful David Bowie, seeing any portrait of him up close is, in my opinion, worth the journey. Moreover, this abstract, colourful painting created by artist Stephen Finer I could stare at for hours…

For a real page out of history (nudge, nudge) nothing beats the British Library! The library houses the First Folio by William Shakespeare, Mozart’s Musical Diary, and the Gutenberg Bible among so many other gems. A particular favourite of mine is what is referred to as Darwin’s Natural Selection Letter. This is the correspondence between Charles Darwin and fellow naturalist Alfred Russell Wallace while they were simultaneously developing evolutionary ideas that led to Darwin’s theory of Natural Selection.

The Wellcome Collection is home to all sorts of weird and wonderful, scary, grotesque, fascinating, and awe-inspiring items. It happens to be my favourite museum, and anyone with an interest in medicine, anatomy, or even life will have an absolute field-day exploring each of the galleries. This museum has a unique feature, however, that brings me back time and time again. The Wellcome Collection happens to publish unique and interesting books related to medicine, life and culture – all of which can be found in the beautiful and well-stocked Book Shop!

I happen to know about the Enigma Machines from that Benedict Cumberbatch movie. Benedict Cumberbatch is like a super smart genius during WWII, and defeats the Nazi’s by cracking their communications codes. And he looks pretty dapper doing it. Anyway, if you’re interested in seeing one of the real Enigma Machines used by the guy Cumberbatch was playing, Alan Turing, you can see one up close at The Imperial War Museums! It’s actually pretty amazing.

Have I missed any of your favourite London museums? Let me know in the comments below!

And for similar experiences, explore our Arts & Culture activities.