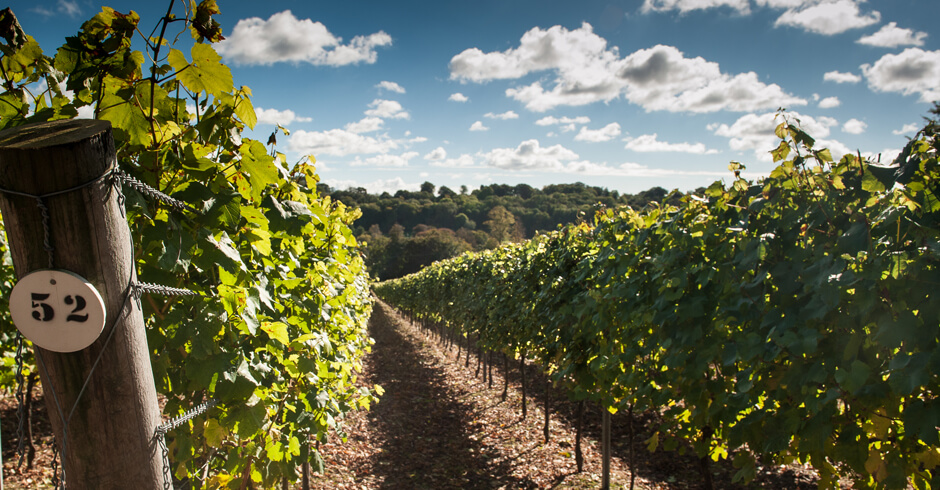 People might well have less money in their pockets now than a decade ago, but it seems as though Britain is still in celebratory mood. Sales of sparkling wine of all varieties rose by 15% last year, which has led to a rush to set up English vineyards – there has been a 50% increase in their numbers since 2013.

Sparkling wine in England has come a long since actor Peter Ustinov’s famous remark: “I imagine hell like this – Italian punctuality, German humour and English wine.”

Neather argues that the best English sparkling wines are as good as “decent” champagnes. Varieties like Nyetimber, Britain’s best seller, are better options than mass market champagnes like Moet Imperial, he told the BBC.

At the centre of this revolution for English wine is Hambledon, a small town in Hampshire. Until recently, it was best known as the birthplace of modern cricket. Despite being home of Britain’s oldest commercial vineyard, it wasn’t exactly a household name. 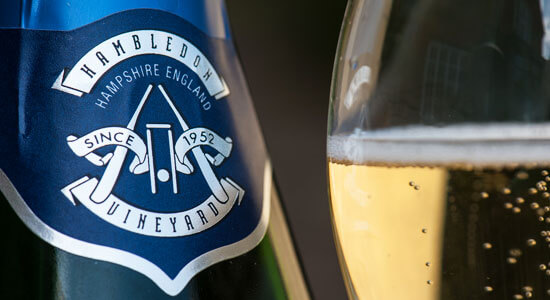 That is, until Ian Kellett bought Hambledon Vineyard in 1999. Kellett had been one of Europe’s top food analysts as Managing Director for Dresdner Kleinwort Benson, but the allure of ensuring English wine got the attention he felt it deserved drew him away.

Kellett soon embarked on an oenology course at Plumpton College to make sure he was fully qualified to lead the restoration of the estate.

The reason for Kellett’s gamble? Initially intrigued by the heritage and landscape of the property, upon further investigation he found that the chalk on the estate is the same as that which grows some of the finest Chardonnay in Champagne.

There and then, he knew that the future of the estate was to produce top-quality English sparkling wine. And it’s not just the chalk that shares something in common with Champagne. Winery production at Hambledon has been taken over by one of the leading experts in minimal-intervention winemaking, Hervé Jestin. Jestin was previously Chef de Caves at Duval Leroy over a period of 20 years.

Hambledon’s sparkling wines have attracted widespread praise, including coveted awards such as the UKVA Silver Medal – won by the Brut, Mill Down. With a hint of elegant pale straw patina, combined with pale green shoes, the wine also offers focused aromas of oystershell, musk, orange-rind & coxes apples. The blend for this wine was developed by Jestin, comprising of Chardonnay (66%), Pinot Meunier (20%) & Pinot Noir (14%). 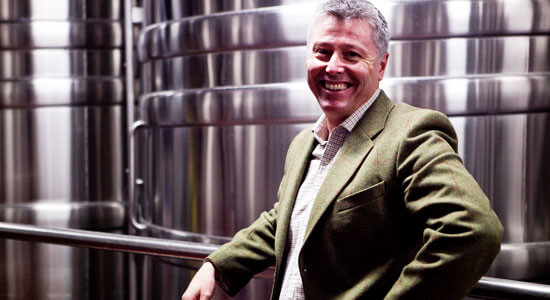 Kellett and co. also received a seal of approval from someone who knows a thing or two about winemaking – the Duchess of Cornwall. President of the United Kingdom Vineyard Association, she was brought up on oenology. Her father was a vintner, while her grandfather wrote a book on the craft.

She headed to Hambledon Vineyard last year, where she tasted a selection of the vineyard’s base wines, which are then blended to make the sparkling wines. “I must congratulate you,” she told them, “You are doing a wonderful job, it’s so exciting seeing your methods.”

The Ultimate Guide To Sparkling Wine

Renowned as one of England’s finest producers of sparkling wine, the rise for Hambledon should continue. 2014’s harvest was a bumper one, thanks to perfect conditions throughout the growing season – starting with a mild spring and no frosts. There was an early bud burst, excellent flowering conditions and a good fruit set. After a warm summer, there was also a mild and dry September.

And for those who’d like to enjoy an English sparkling wine experience beyond compare, it is possible to indulge in a private tour and tasting at Hambledon Vineyards, with Ian Kellett himself.