Blog » Luxury Lifestyle » Gemstones & Crystals » Pearls » South Sea Pearls Guide: What Are They & Why Are They So Valuable? 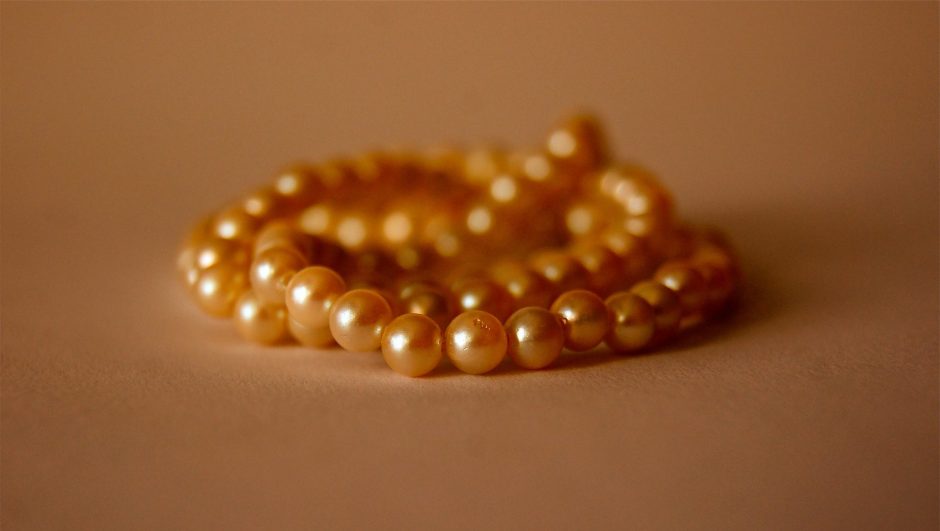 South Sea pearls are the most sought after cultivated pearls in the world. They exhibit the highest levels of perfection in all the value factors – size, shape, surface cleanliness, and luster or nacre thickness. Their long cultivation time and limited cultivation area make them the rarest and most valuable pearls available.

In this guide, you’ll learn all about South Sea Pearls and what makes them so special.

What Are South Sea Pearls? 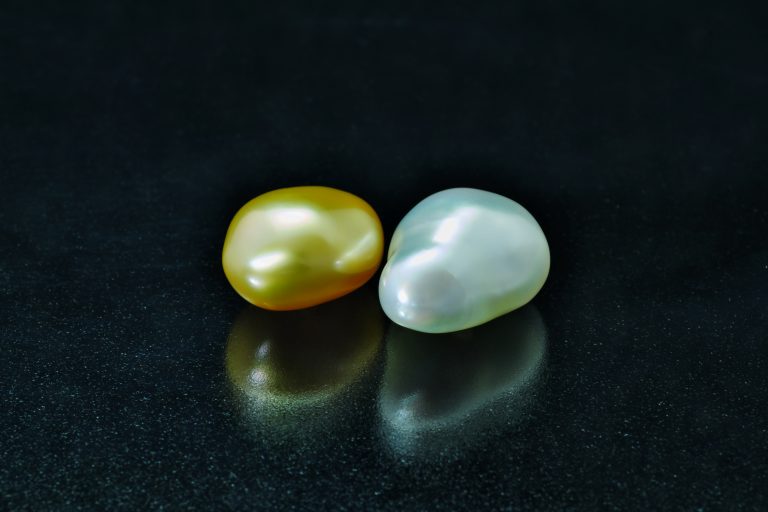 South Sea pearls are the rarest of all the types of pearls. They are cultivated in saltwater and have thicker nacre layers than any other pear, averaging around 2-4mm thick. Like most saltwater oysters, they are bead nucleated. Their growth period is 2-4 years, about double that of Akoya pearls. South Sea pearl oysters are highly susceptible to disease and stress, so their cultivation is limited to their native, natural environment.

They come in colors ranging from white to gold and have a luster that is described as soft and luxurious. Their “satiny” look, as described by jewellers, differs from Akoya pearls, which look hard in comparison. They seem to radiate with a glow from within, rather than having the mirror-like shine expected from Akoya pearls. This is because of the large aragonite platelets they form from.

Where Do South Sea Pearls Come From?

Wondering where pearls come from? We’ve got the answers…

In Australia, the majority of the pearls are harvested in the wild, and supplemented with hatchery-bred pearls to maintain a healthy supply. In other areas, however, the opposite is true, with hatchery-bred pearls being in the majority. Government organisations in these countries closely monitor the sources to ensure that they are well maintained to continue their production.

The Australian city, Broome, has been the commercial center for the South Sea pearling industry since the 1850s. Back then, the city had a seedy reputation, but has now transformed into a beautiful and sophisticated city that reflects the high-tech nature of their industry.

Why Are They Called South Sea Pearls?

How To Identify South Sea Pearls 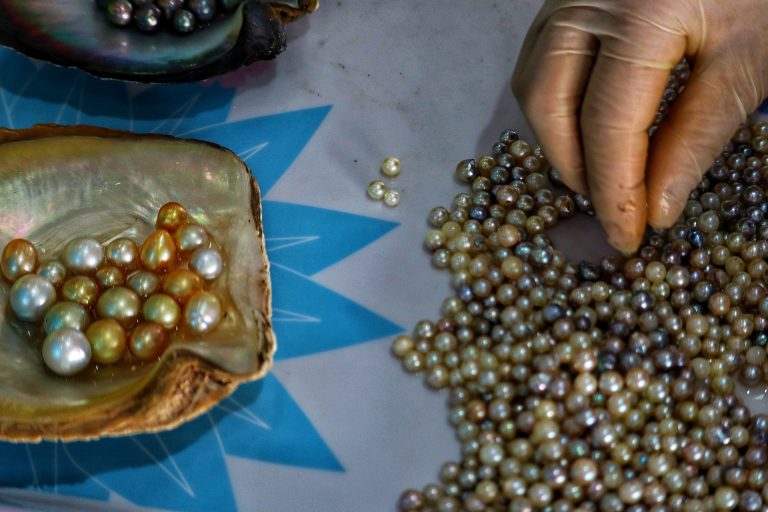 The main identifier for South Sea pearls is their size. They are larger than any other pearls because they are grown in the largest genus of oyster, the Pinctada Maxima. Their size usually ranges from 8-20mm, although they can grow much larger if they are given more time.

As previously mentioned, their luster is softer than other pearls, but that’s not to say that they can’t have a more mirror-like luster. It all depends on how they are formed and the thickness of the nacre. Generally, though, South Sea pearls have a thicker nacre than most.

South Sea pearls come in a wide variety of shapes. Only 10-30% of each harvest is spherical or near-spherical, making strings of perfectly round South Sea pearls an incredibly rare find. The rest of the harvest would be baroque, or non-round pearls. These are also highly praised for their unique organic shapes, but are not as valuable as spherical ones.

Their size, as mentioned, ranges from 8-20mm in width. If they are left for longer than the average 3 years, they can potentially form even bigger pearls.

What Is The Best Color Of South Sea Pearl?

While white pearls have always been the classic choice, golden South Sea pearls are a rarer, and even more luxurious option for those looking to stand out. They can range from soft champagne colors to intense gold. Gold pearls are said to bring wealth and prosperity to the owner.

Why Are South Sea Pearls So Expensive?

Only a small percentage of South Sea pearls are perfectly spherical, so a full string of them is a rare sight indeed. Matching South Sea pearls for color, size, and general quality is a time-consuming process. A string of pearls must all have the same level of quality, so as not to outshine each other and be presented in the best way possible.

White South Sea pearls are more scarce and are larger than any other pearls, and so they command much higher prices. The price of South Sea pearls depends on their quality, shape and size, with a Golden South Sea strand going well into the thousands of dollars, and white varieties reaching even higher. It is not uncommon for a South Sea pearl necklace to range between $10 000 to $300 000 in price. Baroque South Sea pearls are usually more affordable, and are most often used individually in jewelry to showcase their unique shape.

What Is So Special About South Sea Pearls?

South Sea pearls are the largest and rarest pearls you can find. They also have the longest cultivation period and have a luxurious look that is unmatched by other pearls.

How Can I Tell If My South Sea Pearl Is Real?

This process is the same for all pearls. To tell if your pearl is real, there are a few simple methods you can use.

What is Mother of Pearl? History, Meaning & Interesting Facts

The first test to try is a texture test. A real pearl, when rubbed against another pearl or against your tooth, will feel slightly rough. If it’s totally smooth, then it’s not a pearl.

Real pearls will also have minor imperfections that differ from one to the other. Pearls that are perfectly spherical and look exactly the same are most likely not real.

Another excellent test is to expose your pearls to a flame. A real pearl will not sustain any damage and won’t give off a smell, while fake pearls might melt or lose their color, and will smell funny.

Real pearls will also be slightly heavy in comparison, and should be cold to the touch at first.

How to Care For and Clean South Sea Pearls

Pearls are delicate gems and their surface is susceptible to damage from strong chemicals, such as those in hairspray and other body products. You should always do your beauty routine first and then put on your pearl jewelry.

After wearing your pearls, it’s a good idea to whip them down gently with a soft, dry cloth. If you follow these rules, your pearls will stay magnificent for years to come.