Blog » Truly Happy » Who Invented The Smiley Face? A Curious History of The Happiness Icon 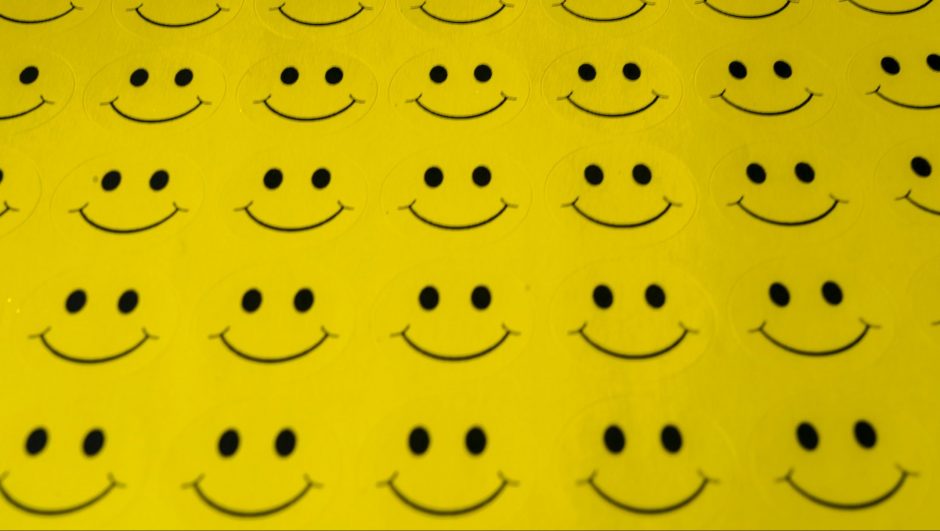 You’ve seen it on bumper stickers. You’ve seen it in on “Get Well Soon” balloons. You may have even seen it as a regretful tattoo on your best friend’s behind.

Widely regarded as the international symbol of happiness, the simple design is one of the most ubiquitous images of the 20th century. It’s progressed from insurance ads to rave culture to emoticons we use on a daily basis.

But there’s more than meets the eyes (and smile) to this simple ideogram that we all know and love. In fact, that innocent happy face is packed with an interesting history that not many people know.

The oldest known smiling face was found by a team of archaeologists of the University of Bologna. In 2017 the team of researchers unearthed a 3,700-year-old jug belonging to the Hittites, a culture that ruled much of present-day Turkey and Syria during Biblical times.

After piecing together the fragments of the ceramic pot dating back to 1700 BC, they noticed the unmistakable etchings of two eyes and a smile. According to archaeology professor Nicolo Marchetti, the off-white pot was used for drinking sherbet. An activity that would make anyone smile surely?

Before this relatively recent discovery, the earliest documented smiley face, or rather a smiley emoji, was found on a legal document in Slovakia that dates back to 1635. A lawyer named Jan Ladislaides is said to have given his approval of municipal account documents by scrawling a small circle with two dots and a line.

Although it’s not the traditional yellow smiley face we’ve come to recognise, it’s still an emoji written on a 17th-century document. I’m sure Mr Jan Ladislaides would be delighted to know we’ve gone as far as making an entire Emoji Movie.

It Started With… An Insurance Company?

So then who was the mastermind behind that unmistakable round yellow face of joy?

Harvey Ross Ball is widely regarded as the originator of the familiar smiley face. In 1963, the American graphic artist and ad man was commissioned by an insurance company in Worcester, Massachusetts who had recently endured a series of tough transitions. His job was to create an optimistic image that would boost employees’ morale after difficult times.

In just 10 minutes, and for a mere $45, the soon-to-be pop culture phenomenon was born.

Ball’s simple image of a round yellow face, dark oval eyes and full smile was an immediate hit. Initially, it was printed on posters and buttons to give to employees as part of the company’s “friendship campaign”. But it quickly gained popularity and made its way onto everything from t-shirts to stickers.

The true indication of Harvey Ball’s original design is in the finer details According to Bill Wallace, Executive Director of the Worcester Historical Museum, the authentic Harvey Ball-designed smiley face can be identified by its distinguishing features. The eyes are narrow ovals, one larger than the other, and the mouth is not a perfect arc but “almost like a Mona Lisa Mouth.”

“There are two ways to go about it,” Harvey Ball said of his design. “You can take a compass and draw a perfect circle and make two perfect eyes as neat as can be. “Or you can do it freehand and have some fun with it. Like I did. Give it character.”

Despite its increasing popularity, neither Harvey nor State Mutual Life Assurance copyrighted the design.

Ball’s son, Charles Ball said his father never regretted not registering the copyright. Telegram & Gazette reported Charles Ball as saying “he was not a money-driven guy, he used to say, ‘Hey, I can only eat one steak at a time, drive one car at a time'”.

Also see  The Power of Touch: How Do Textures Affect Our Emotions?

In a time of peace, love and rock and roll, the 60s and early 70s set the stage for the icon to really take off.

In September 1970 two Spanish brothers from Philadelphia, who owned two Hallmark card shops, were searching for some peace-like symbol with general appeal. Murray and Bernard Spain remembered seeing the smiley faces floating around for years in the advertising business and saw an opportunity.

By adding the slogan “Have a Happy Day” and slightly adjusting Harvey Ball’s design into a symmetrical smiley, the brothers were able to copyright the revised mark in 1971. They went on to produce countless novelty items, from coffee mugs to t-shirts to the iconic smiley button.

By the end of 1972 it was estimated that over 50 million smiley buttons were sold. In 1973, the brothers generated at least $1.5 million in revenue from their branded products.

Despite acknowledging it was Harvey’s original design, the Spanish duo publicly took credit for the icon in 1971 when they appeared on the television show “What’s My Line.”

The Smiley Company vs Walmart

Across the pond, a young French journalist named Franklin Loufrani also staked his claim as the original creator of the feelgood logo. In 1971, while working for the paper France-Soir, the Parisian designed a symbol that would alert readers of positive stories in what was mostly a stream of negative news.

Whether or not he’d come up with the idea himself as he claims, there’s no denying that his design of smiling yellow face has an uncanny resemblance to Harvey Ball’s creation.

Realising the potential, in 1972 the entrepreneurial Frenchman became the first person to legally trademark the use of a smiley face. As the simple icon gained popularity in mass culture around the world, Franklin and his son Nicolas Loufrani went as far as launching The Smiley Company in 1996. They managed to secure trademarks for the ‘smiley’ brand name in 100 countries around the world. In countries where it was taken, the Loufranis bought it or battled the owner in court.

Also see  What Your Sitting Position Reveals About Your Personality & Mood

The Smiley Company doesn’t own trademarks in the United States. But the Loufranis sure did try.

In 1997, the Smiley Company filed a trademark application in the United States but became embroiled in a legal battle with Walmart. The American retail corporation claims it had been using ‘Smiley’ as a corporate logo since 1990 to alert shoppers to deals. In 2006, the discount mascot was forced to take a long hiatus due to the trademark battle.

After 10 years in and out of court, the two companies finally signed a settlement in 2011. Details of the settlement were never disclosed, but the lengthy legal battle cost both companies millions of dollars. 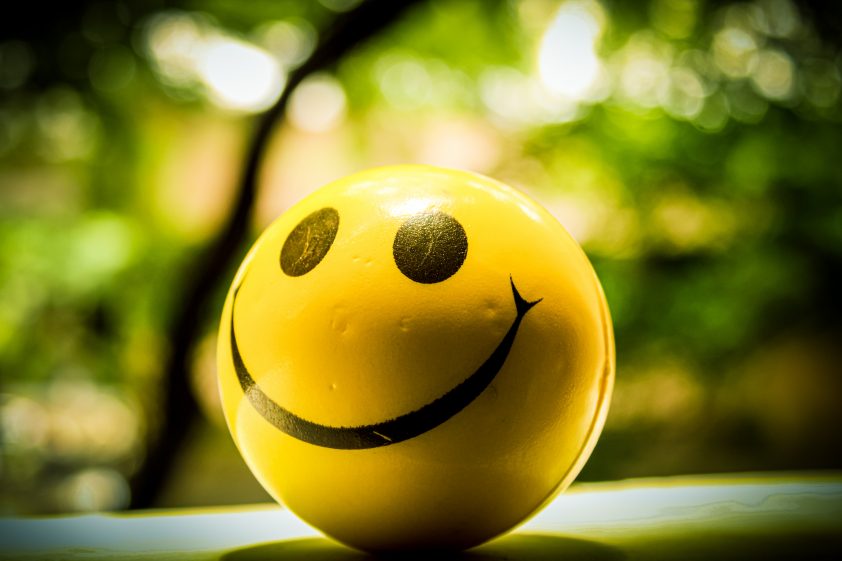 From the Mona Lisa to the Joker, there are hundreds if not thousands of iconic smiling faces in history. But none more recognizable, and perhaps none more lucrative, than that innocent yellow grin.

Today The Smiley Company is a global licensing empire worth more than $500m per year. From humble beginnings as an optimistic message for an insurance company to a multi-million dollar lawsuit battle, the minimalist image sure has had a bumpy road.

But all the while, it’s kept smiling. 🙂