Blog » Luxury Lifestyle » Gemstones & Crystals » What is Shungite? Properties and Uses of this Healing Stone 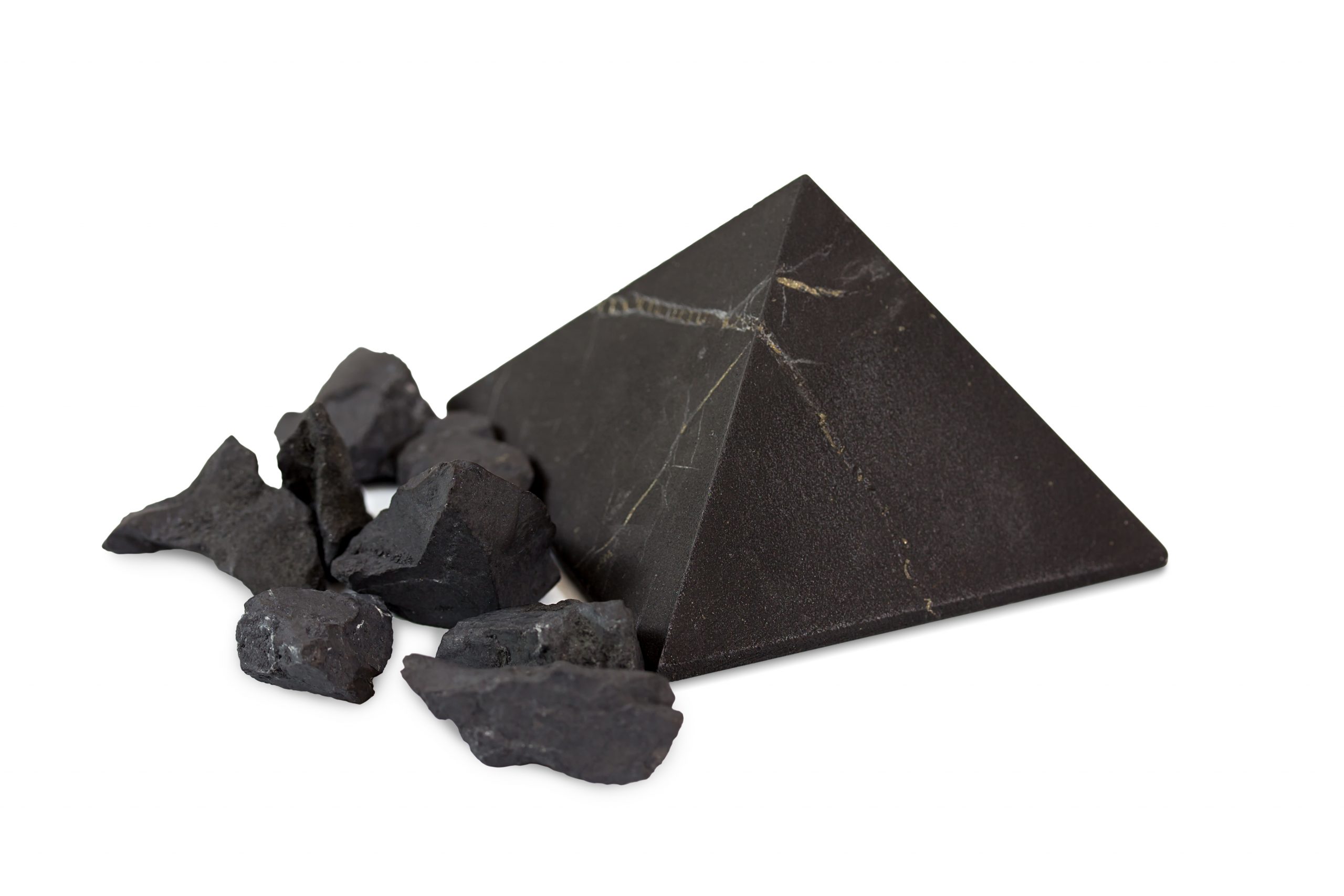 Crystals have been around for billions of years, and humans have always found them fascinating. Shungite is a lustrous black crystal that has received particular attention for its potent grounding properties, and is still used today for energy restoration of both the body and mind.

Heralded as the “Miracle Stone of the 21st Century”, shungite may be used to deflect harmful electromagnetic vibrations and to purify the surrounding environment. If you are curious about the properties, uses and history of shungite crystals, this article is for you. 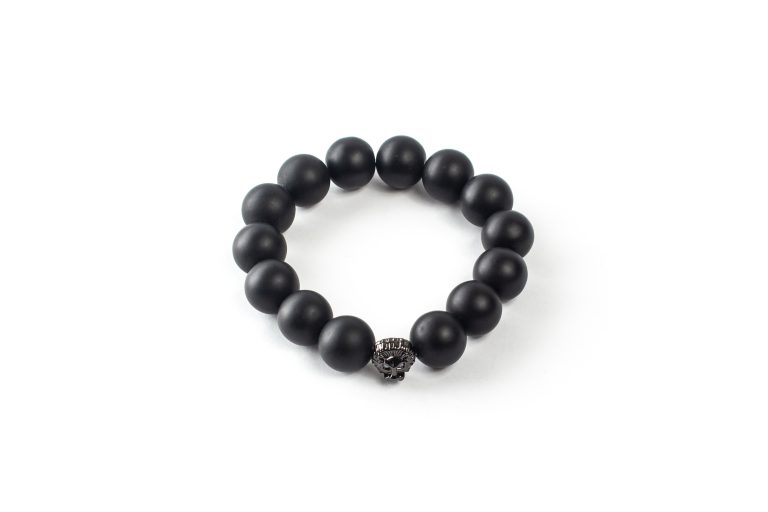 Shungite is a carbon-based crystal that was first sourced in the small village of Shunga in Karelian, Russia – a place where it is still mined today.

This stone is considered unique not only for its high carbon composition (some stones ranging from 30 to 99% pure carbon), but also because it consists of nearly all the elements on the periodic table.

In their purest form, shungite stones naturally contain rare carbon nanostructures called fullerenes, which are spherical 3D molecules comprised of 60 carbon-based atoms. It is the fullerenes which give shungite its signature black hue and contribute to its reputation for bacteria elimination.

What Is The Meaning Of Shungite?

Shungite is the crystal of grounding, detoxification, and neutralization. To many crystal enthusiasts, the meaning of shungite ranges from physical protection to spiritual protection from draining or harmful energetic forces.

Whether you feel weighed down by heavy emotional baggage or simply want to shield yourself from a physically toxic environment, shungite can support the intention of purification and cleansing. 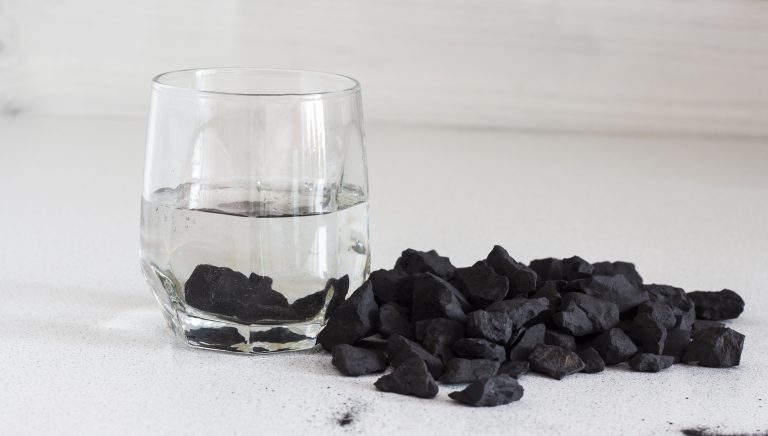 There are several reasons why so many people believe that crystals such as shungite possess healing properties that are tangible on both an emotional and physical level.

Electromagnetic field emissions (EMFs) are a form of radiation that can be harmful to cells and DNA.

Throughout the ages, humans have used precious stones like shungite to purify water by absorbing and removing contaminants.

A study conducted in 2018 found that by placing a shungite rock in contaminated water, pesticides and other dirt could be effectively filtered out of the water and make it safe to drink.

Numerous anecdotal studies claim that the close proximity and daily use of shungite gemstones can contribute to decreased stress levels and a calmer, clearer state of mind.

The high composition of fullerenes in an average shungite rock are what has given this crystal a reputation for bacterial cleansing.

Fullerenes are a form of carbon nanostructure (CNS). Several studies have been done on the effectiveness of CNSs destroying harmful bacteria or pathogens, which is why some people use shungite for its antibacterial properties.

How Can You Tell If Shungite Is Real?

Not all black gemstones are equal. One way to tell if your shungite crystal is real is to perform a thorough visual analysis. Not all shungite stones will look the same due to being mined in different areas, but the overall appearance should be adhere to one of the following three types:

Authentic shungite stones may have traces of silvery pyrite laced throughout the interior that distinguish it from other dark crystals like black obsidian. Real shungite is identified by its signature metallic shimmer on the exterior surface.

Due to the high carbon content of real shungite crystals, they are also known to leave powdery black stains on clothes or skin. This too can be an indication of shungite authenticity.

How Do You Recharge Shungite?

Many people believe that crystals need to be energetically “recharged” by placing them in direct sunlight, moonlight, or a freshwater stream. It is said that in doing so, the crystal’s properties may be activated and replenished.

Recharging shungite is no different – every two weeks, simply place your shungite stone under warm sunlight or the full moon for 24 hours at a time. Additionally, it can be recharged via sage smudging or incense smoke for a cleansing effect on your precious stone.

Why Is Shungite So Expensive?

Many crystals and precious gems are expensive due to difficult extraction and importation from other countries. Genuine shungite can only be found in the small village of Shunga in Russia, and is often extracted using manual methods rather than industrial ones.

Elite and Petrovsky shungite are almost as rare as rubies and emeralds, hence their high price. But for dedicated crystal-lovers, the cost is nothing compared to potent healing properties that so many people have experienced first-hand.

Where Should I Place My Shungite?

There are many simple ways to incorporate a shungite rock into your lifestyle. For a physically purifying effect, place your (cleaned and charged) shungite into a hot bath or water bottle to get rid of unwanted toxins and to cleanse your body.

If you require some emotional or spiritual support, placing your shungite stone inside your bedroom or work space will introduce clarity of mind and filter out negative vibrations.

Alternatively, you can keep your precious shungite in the palm of your hand during meditation, or place it on your forehead while taking a nap. Wherever you choose to place your shungite crystal, place it with intention for the best possible results.