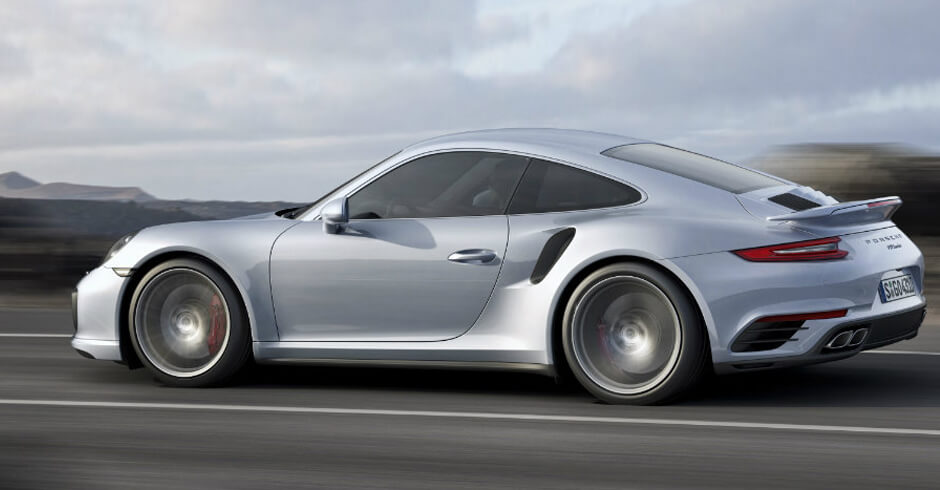 Although the body of this new car closely resembled that of the also recently launched 911 Carrera RS 3.0 – with its sloped engine cover and huge rear spoiler – it was underneath the bonnet where the use of the word ‘turbo’ was explained. It had a flat six engine with a single turbocharger and developed 280hp all powering the car to its top speed of 160mph.

The introduction of the ‘turbo’ to the Porsche 911 actually came about due to Porsche’s racing success – specifically in the Can-Am series. It would be a mere year later that the production car went on display at the Paris Motor Show but it had undergone some considerable changes with a 3.0l engine and a reinforced gearbox to handle the new power output.

This first Porsche 911 Turbo really created the template for the future development of the car with the instruction from the very highest echelons of Porsche that the turbo was to be a “high-performance GT, with significant creature comforts and a premium price tag” – an order from the chairman which was followed to the letter. 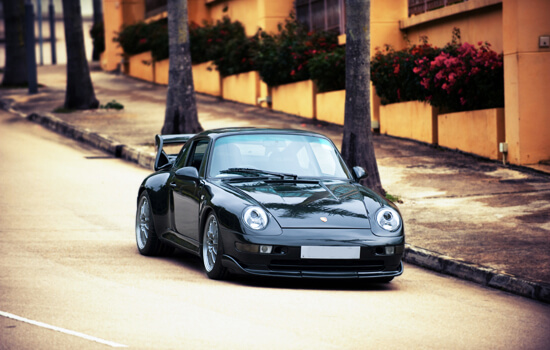 Showcase Cars: All About the Morgan Plus 4

In 1978, the 911 Turbo underwent an overhaul with the engine creeping up to 3.3l, an intercooler being added and a new brake system being implemented. Now known internally as the 930, it boasted 300hp and would remain, barring minor changes, untouched right through to 1989.

In 1997, after the Porsche 964 Turbo, the 996 Porsche Carrera was launched – the first new 911 since the 1970s. This new 911 now had two turbochargers generating 420hp which whisked the car along at a top speed of just shy of 200mph. The 911 Turbo was once again providing high performance in a compact, practical package but at a premium price – the ethos of the 1970s still underpinning the development process.

Nine years later, in 2006, this was only further enhanced with the introduction of the 997-based model which used the Porsche Traction Management system and multi-plate clutch system which divided the torque between the axles. A second generation 997 turbo debuted in 2010 with a new, direct injection, 3.8l engine which supplied 500hp.

Once again Porsche dipped into the experience and technology from its racing division to create a twin-clutch gearbox. This was found on the Turbo S which, for many, with its 530hp and new gearbox, was the realisation of an idea started more than 30 years ago.

With many varients it can be confusing to trace the ‘bloodline’ of the 911 Turbo, especially now that it can be found in the Porsche 991 and the 2014 Porsche 911 Turbo. What cannot be disputed, however, is that the 911 Turbo, in whatever format or guise it is found, has been the flagship for Porsche – the brand standard which has underpinned their development and driven Porsches evolution. If you want to experience the thrill of driving a Porsche 911 in the land where it was created, the opportunity is closer than you might think…

Where to Drive the Porsche 911 Turbo