Blog » Travel & Getaways » UK » London » Secrets of the London Underground: What Lies Beneath Our Feet? 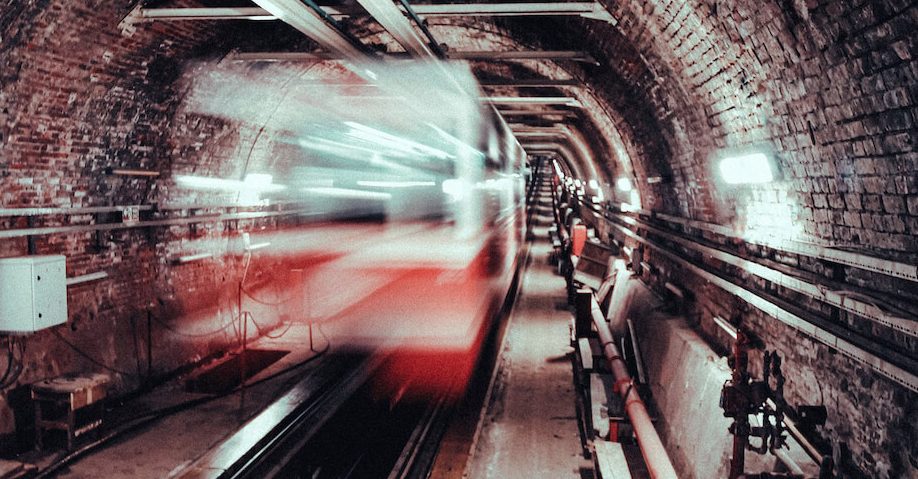 The Underground, the Tube, the Rattler. Whatever you call it, the London Underground is at the beating heart of the capital, its colourful roundel now an internationally-recognised icon for the city.

Today the Tube handles up to five million passenger journeys a day, but there are parts of the labyrinth beneath our feet that most people don’t even know exist. Sections that have been closed to the public for 100 years – until now.

You might be one of the five million passengers who commute on the London underground every day. But how much do you know about the warren of tunnels lying beneath our feet?

Did you know it acted as a fighter aircraft factory in WWII? Or that Winston Churchill dined on caviar and champagne at Down Street station? Or that there is now a veggie farm buried deep below Clapham Common Station?

The London Transport Museum is now offering an exclusive look into the secrets of the oldest subterranean railway in the world. We take a look at the fascinating things to be discovered on this extraordinary experience of the lesser-known London underground. Mind the Gap!

There are at Least 40 Abandoned Stations

While there are 270 functioning stations used for commuting, there at least 40 Overground and Underground stations that still exist but are no longer used for travel. These abandoned or “ghost” stations have been closed for a range of reasons, from low passenger numbers (Blake Hall was estimated to have only 17 passengers a day at its closure) to rerouting of lines.

While they might not be carrying commuters, they certainly carry a whole lot of history. Hidden London is offering exclusive tours of some of the most intriguing abandoned stations, including Euston, Down Street, Piccadilly, Aldwych, Clapham or Charing Cross.

Some Were Air-Raid Shelters During WWII

As a means to stay safe from the bombing of WWII, many stations were transformed into a network of subterranean air-raid shelters. Each night, families would descend 180 stairs below ground, seeking refuge from bombings.

At one point, the Clapham South shelter had a capacity for 8000 Londoners, with each person assigned their own bed. Despite the wartime situation, accounts from the time describe a festive atmosphere with dancing, music and laughter. Today curious visitors of the Hidden London tours can see of the legacy of these deep-level shelters, including the rows upon rows of rusty bed frames where Londoners slept as bombs fell above their heads.

But the subterranean networks didn’t just act as a refuge for civilians – certain tube stations were used as underground offices for government staff. Down Street station was transformed into an underground facility with phone lines, and even hosted a meeting of the War Cabinet at 20 minutes notice. South Kensington was used by the government for various purposes from a signalling school to storing equipment used to study time-delay bombs.

One of the most significant stations used during the war was the Brompton Road Tube Station. It was transformed into a four-story operations centre for the 1st Anti-Aircraft Division, to coordinate the city’s air defences. Since then it has been used by the Territorial Army and is still used by the Ministry of Defence today.

There Was a Secret Aircraft Underground Factory

During the height of the Blitz, the Central Line was converted into a secret aircraft components factory. Run by Plessey, the underground wartime factory stretched over two miles, with its own railway system to transport components.

For four years, the wartime factory acted as a place of work for up to 4000 people, most of them women. Here they worked long hours, with poor ventilation, making military electronic components such as electro-mechanical ‘Bombes’ for the Enigma code-breakers at Bletchley Park.

The existence of this secret subterranean factory remained an official secret until the 1980s.

The Down Street Station was only a working station from 1907 to 1932 but served as a critical part of the Second World War when it was transformed into the Railway Executive Committee’s bomb-proof headquarters. When Downing St suffered heavy damage from bombing raids, Sir Winston Churchill needed a new place to sleep. His bunker at the Cabinet War Rooms was not ready, so it was decided he would take refuge at the Railway Executive Committee’s emergency headquarters at Down St.

The office of one of the committee members was turned into his private sleeping quarters, Churchill affectionately called his new sleeping quarters ‘The Burrow’. He slept there for about 40 days, from October to December 1940.

Just because he was residing deep below the ground doesn’t mean the most important man in Britain wanted anything less than luxury. Caviar, champagne, cigars and vintage brandy were brought to Churchill by waiters, summoned by a service bell. He would use his bunker to entertain members of his War Cabinet, especially when he wanted to persuade him to see his way of thinking. It seems his four minimal requirements in life – “hot baths, cold champagne, new peas and old brandy” – were catered for, despite his subterraneous location.

Also see  The Tower of London

The Underground wasn’t just used as a place of refuge for the British public – parts of it acted as a shelter for national treasures too. During both world wars, arrangements were made by British museums and galleries to move some of their most valuable artefacts and works of art underground, out of danger from bombings.

During the height of the Blitz, on Friday 2nd September 1948, 100 tonnes of Elgin Marbles was transported to Aldwych Underground Station for safekeeping. Here they remained hidden until the winter of 1948. Had the Marbles not spent the war hidden deep underground, they may have suffered considerable damage, as the British Museum did.

From air-raid shelters to Hollywood film sets, some abandoned stations are serving more glamorous purposes in recent years. Aldwych Station has been used as a film set for a variety of movies and TV shoots, including Darkest Hour, V for Vendetta and Atonement.

007 fans might recall the scene in which James Bond (Daniel Craig) attempts to hunt down former MI6-agent Silva (Javier Bardem) through the London underground tunnels. Visitors of the Charing Cross tour will get the rare opportunity to visit the locations where iconic moments of the film were shot.

The abandoned sections of Aldwych, Bank (Waterloo & City Line branch) and Charing Cross are all available for hire as exclusive areas for filming locations. But just much would it cost to hire a piece of the Underground for a film set?

According to the Transport for London website, charges for exclusive areas currently start at £2,000 per hour for the station or £3,000 per hour with the additional use of your own train. Specialised staff, such as London Underground electricians, are not included.

Breathing new life into abandoned areas of the Underground, an unlikely project has cropped up below the bustling streets of Clapham. Growing Underground is London’s first underground farm, sitting 33 metres below street level. The subterranean sustainable farm uses the network of tunnels originally built as air-raid shelters to farm micro greens and salad leaves.

Using the latest hydroponic systems and LED technology, about twenty different types of crops are grown year-round without soil. The produce is being supplied to wholesalers like Waitrose, as well as food suppliers at Borough Market.

If you thought an LED-fuelled veggie garden is batty, listen to this! The abandoned Highgate station has been a protected bat habitat since 1999. The station was built in 1867 but closed in 1970. In 1996 London Underground sent out a bat agent to survey the disused Highgate tunnels using sound recording equipment and mist nets. The survey found the importance of the tunnels as an autumn swarming site, particularly for Natterer’s bats.

One tunnel was left as it, and another tunnel was modified in 2001 to create a more favourable environment for hibernating bats. The tunnels are surveyed three times a year to monitor the bat roosting activity. Although there aren’t any human commuters, the protected wildlife site is still managed jointly by the London Underground and the Corporation of London. The bat sanctuary in the tunnels has proven to be a successful home to the long-eared Natterer and Daubenton bat species.

Heard enough? Want to discover London’s biggest secret for yourself? Embark on a Secret Underground tour with Hidden London and uncover the fascinating secrets that lie beneath the city with an expert guide.