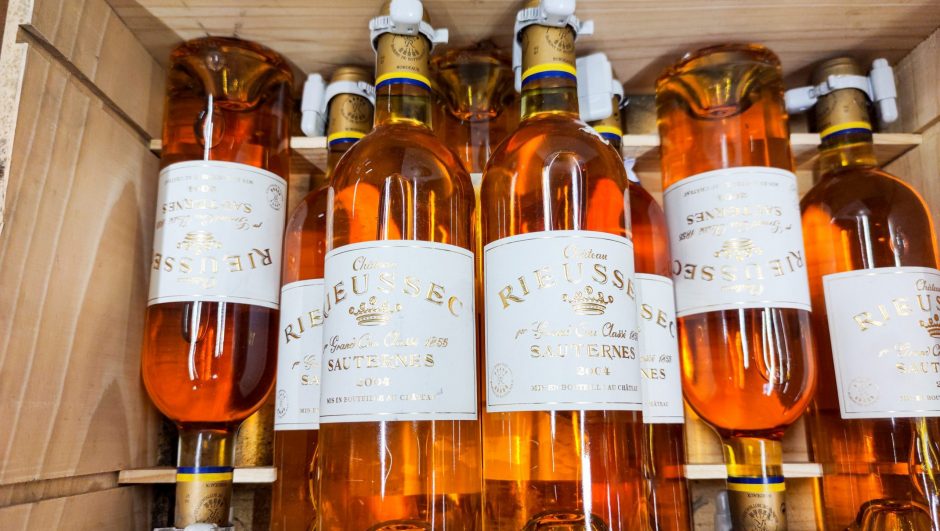 Sauternes is a deliciously sweet, white wine that was previously only ever be paired with desserts. But is now known to pair wonderfully with all sorts of occasions and dishes, and for good reason!

Sauternes is an ancient wine that comes from Sauternes in Bordeaux in France, which is where the grapes are grown best for this sweet wine. It’s a combination of Sauvignon Blanc, Semillon, and Muscadelle grapes that amalgamate to create this delightful wine.

What Is Sauternes Wine? 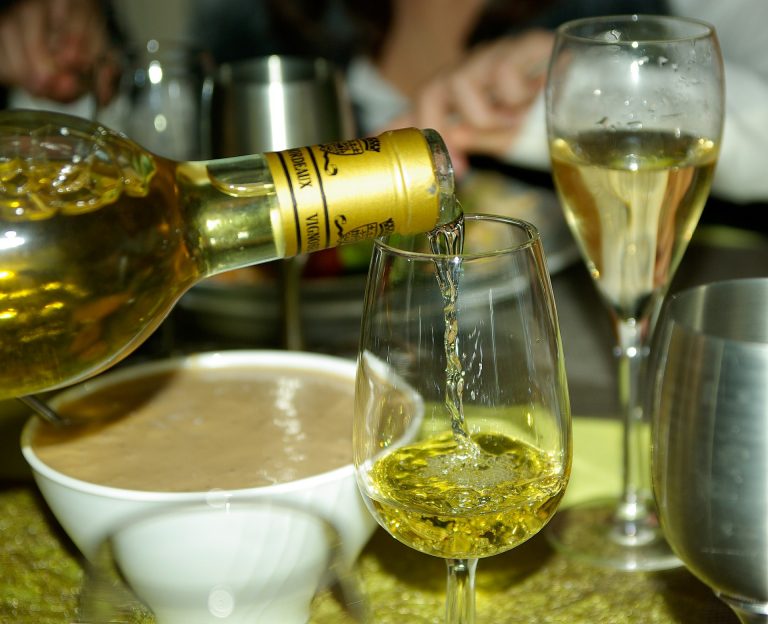 Sauternes wine is a complicated, yet understandable wine. It holds a sense of elegance and grace and can suit any occasion.

The grapes used to make Sauternes wines are rare and the process of growing the grapes is complex. It is a relatively acidic wine and has the potential to age for decades. The longer it ages, the more defined the tastes are and the smoother the texture of the wine. But it is a wine that can also be drunk in its youth without losing much of the flavour experience.

Where Is Sauternes Wine From?

Sauternes wine comes from a region that shares its name, in Graves, in Bordeaux. The area of Sauternes is located roughly 40 kilometres in the southeast direction of the city of Bordeaux.

The vineyards of Sauternes grow along the Garonne River which runs off the Ciron. It’s a breathtakingly beautiful area with rolling hills and stunning vineyards.

How Is Sauternes Wine Made?

Sauternes wine is made from 3 sets of specific grapes, mentioned above. The grapes are allowed to be affected by a fascinating process called, Botrytis cinerea, which is better known as noble rot. This process allows the grapes to become affected by a specific type of mould, whilst still on the vine.

The mould sucks most of the moisture out of the grape and what is left is the intensely sweet flavour of the grape. These grapes are then of course used to make the wine. Sauternes can be aged for many years, decades even. Causing the taste to become fuller and more mature as time goes on.

Sauternes wine is known for its even balance between sweet and acidic. The most common flavour notes are apricot, peach and honey. There is often a nutty undertone with a hint of the Semillon grape sneaking its way into the bottle.

It can also delve into tastes such as honey, caramel, rich tropical fruits and even contain hints of Crème Brule.

How To Drink Sauternes Wine

Like most other white wines, Sauternes should be served slightly chilled. The best temperature for serving Sauternes is around 9 degrees Celsius. It’s also important to take it out of the fridge or chill room about 10 or 15 minutes before you want to serve it.

It’s best to let the temperature adjust and settle, otherwise you run the risk of losing much of its noteworthy flavour. A young bottle of Sauternes should follow this instruction, whereas an aged bottle should be decanted before serving, to allow the wine to breathe and enhance the natural smells and tastes.

What Food Does Sauternes Wine Pair With? 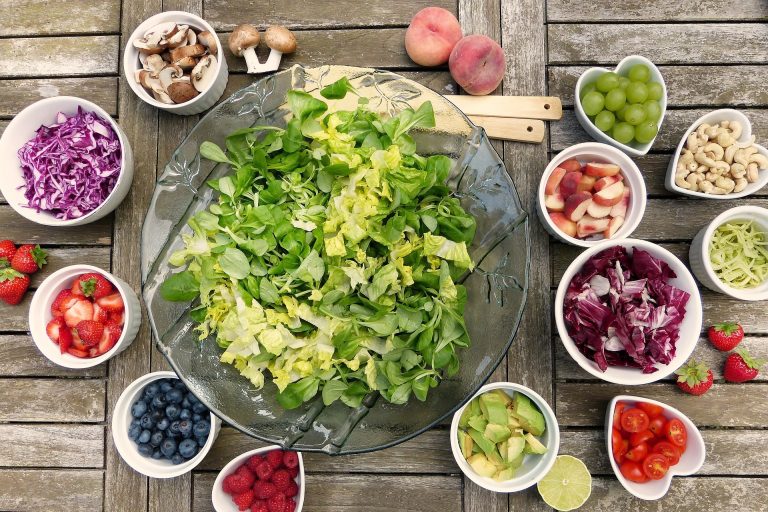 When Should I Drink Sauternes?

Sauternes is a highly versatile wine when it comes to when to drink it. Each potential answer to this question has pros and cons and it’s important to figure out what you want from your bottle of Sauternes, before purchasing it.

Sauternes wine has a very high acidity and sugar level, as do most white wines that are produced with the “noble rot” process. These high levels of acid and sugar serve this wine very well when ageing, an aged Sauternes can be a wonderful addition to almost any meal or dessert.

As the bottles age, they start to slowly turn into a luscious copper-caramel colour. This is how connoisseurs know that this wine is ready. The wonderful thing about Sauternes is that it can be drunk in its youth, as we have mentioned already. But there is nothing like the taste of an aged bottle either.

So, how to drink your bottle of Sauternes is entirely up to you, it’s a great investment wine to let age in your cellar but can also be enjoyed immediately.

How Long Will Sauternes Last?

Sauternes need to be refrigerated once opened and drunk within 4 to 5 days. Due to its high sugar levels and fruity flavours, Sauternes can go bad quite quickly if left unopened and undrunk. As long as the bottle is kept closed and in the right storage conditions, it can last for up to 100 years. 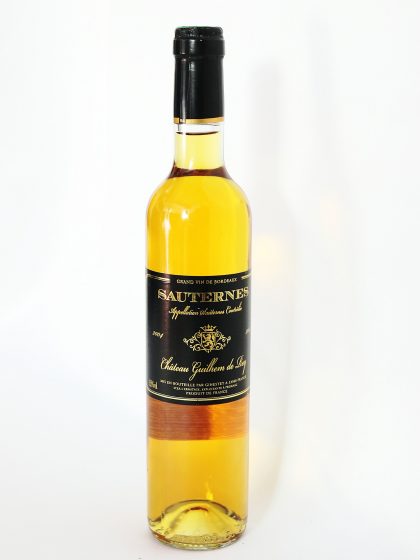 The cost of a bottle of Sauternes is very much dependent on the quality of the wine, how long it’s aged for, and who has produced it. There are cheaper, young bottles of Sauternes wines that cost around 30 pounds, but they can then range up to extremely high prices.

Ultimate Guide to Semillon: What is it, Taste, Pairings & Price

Is Sauternes A Good Wine?

Yes, Sauternes is considered to be a good wine. Most dessert wines, and white wines in general, are often assumed to be bad quality and are also generally not counted as a good wine. But Sauternes wine, due to its excellent ability to age, has a good reputation, a well-loved profile and a high price tag. So, it’s safe to say, it is a good wine.

What Is A Good Substitute For Sauternes Wine?

Sauternes wine is difficult to replace due to the fact that most other white sweet wines don’t age as well as Sauternes does. However, if you are needing to replace it, looking for a high quality Riesling or a white Zinfandel will likely do the trick.